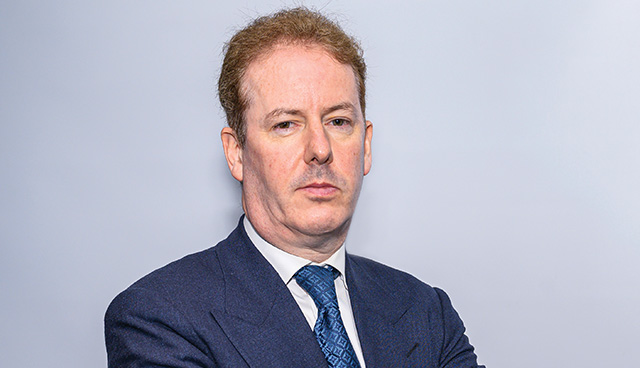 Ofgem CEO Dermot Nolan discusses the UK experience of energy markets transition and outlines his desire to see a zero-carbon economy achieved through methods which minimise cost to the consumer.

Having previously held the role of Commissioner for Energy Regulation in Ireland from 2008, moving on to take up the role of Chairman of the organisation in 2011, Nolan outlines the UK’s challenge to become net zero carbon by 2050.

The CEO begins by discussing the impact of Brexit and its significance from a regulatory perspective. “In the first instance, the future shape of energy markets is not part of the Article 50 discussions,” he says. “We are, however, preparing for all eventualities. My office keeps in close touch with regulators in Ireland. It goes without saying that Ofgem wants Brexit to have the minimum possible impact on Ireland.”

Addressing the challenges associated with the impact of global warming, Nolan highlights that that the UK signed up to tougher climate regulations than those agreed under the Paris Agreement.

“The activities of the Extinction Rebellion movement and the particular role of young people within it have changed the mood further in the UK,” he adds. “Climate change is now a priority issue. What’s more, there is very little difference between all the main political parties on the need to push for decarbonisation. Everyone is in favour of it.

“The Committee on Climate Change came forward with the proposal to achieve net zero carbon levels by 2050 and the Government accepted these in full. This is not what I expected. The target exceeds the expectations laid down in Paris three years ago.”

“However, if Labour get into power, the 2050 timeline could be brought back to 2035,” he states. “This is a radical shake up for UK society. Developments are now taking place at a tremendously fast pace, as events over the past few months have fully amplified.”

Nolan highlights the role of electricity as the poster child for decarbonisation within the UK. Recent years have seen carbon emissions from the UK’s electricity supply sector decrease by 50 per cent. This figure is a full 20 per cent lower than that achieved by transport, which was the reverse of the scenario in play back in 1990.

“Contrast this with Germany, where carbon emissions from power generation have increased,” says Nolan. “This trend has been encouraged by Germany’s decision to shift away from nuclear power generation. The UK’s drop-off in fossil fuel usage has been driven by the falling use of coal. It is now predicted that coal will be totally removed for the electricity generation market by 2025. It has, and will continue to be, replaced by gas.”

Referring to the growth of renewables in the UK, Nolan adds: “Wind and solar are leading the way. The growth in solar was not expected with many experts not foreseeing this trend becoming apparent,” he says.

“There is further scope to increase the amount of electricity produced from wind in the UK but this is a very political issue. Decisions have been taken to reduce the subsidies available for on shore wind projects and this is having an impact on decisions. However, because energy is not a devolved issue, the Scottish Government cannot implement their own support regimes.

The Ofgem CEO confirms that wind energy auction prices are now coming down: “Onshore wind will soon be the cheapest form of alternative electricity in the UK. In fact, it will soon be available without subsidy at all.”

With regard to nuclear, Nolan confirms that the sector currently accounts for 18 per cent to 19 per cent of the UK’s electricity generation capacity. “There is further interest in developing further nuclear options for the future,” he states.

Discussing the fragmented nature of the UK’s market in renewables, Nolan stresses: “Far more small generation capacity now exists than was thought would be the case. There is now a sense in the UK that we are moving towards more community generation projects. Peer-to-peer trading with many people striving to go off grid altogether.

“Solar panels on rooftops, battery storage, plus small wind turbines in the back garden are now all features of the renewables’ sector.”

Highlighting one of the core challenges facing his organisation at the present time, the Ofgem CEO asks: “There are short-term marginal costs for those people dipping and in out of grid usage: so how do we actually cover the cost of maintaining the grid in a strategic way that reflects the myriad pressures that will be placed upon it?”

According to Nolan, there are many hundreds of energy operators in the UK, prompting him to further ask: “How do we cope with these different perspectives, from a regulatory perspective?

“Making decisions on the many generation applications now coming Ofgem’s way is a very complex manner. As a consequence of this, Ofgem has been permanently in court for the past three to four years on the back of disputes pertaining to a wide range of Ofgem decisions.”

Ofgem is in the throes of introducing a Locational Marginal Pricing (LMP) model, when it comes to future proofing the UK’s electricity market. Nolan explains: “LMP market models provide better access to the network. They constitute a fairer pricing system while, at the same time, promoting better use of the network. An LMP approach to pricing also provides better signals as to where people should locate.

“Change is necessary but it also difficult. Everyone’s definition of a level playing field is different.”

Nolan is also conscious of the need to recognise those in need when it comes to fuel pricing: “Energy prices are increasing, putting a number of people into fuel poverty,” he says. “Digitalisation and smart meters are now helping to deliver a very strong message to consumers. Innovation is welcome and powerful but it has the ability to leave behind those people who are not in top jobs.

“Differentiation in prices within society will be a challenge. Poorer people will not be able to afford new technologies and they could also be landed with greater residual charges to maintain the network.”

He outlines that transport will be the next sector within which the challenge of decarbonising fuel will be met head-on.

“Shell and BP have already made it clear that they will be getting out of the fossil fuel market,” he says. “To this end, they have already bought-up a number of vehicle charging companies.

Nolan admits to doubts over whether electricity can be used to decarbonise the UK’s road haulage fleets and says that increasing VAT rates for electricity may be one way for the Government to make up for the fall-off in fuel excise rates into the future.

Where heating is concerned, gas currently accounts for 84 per cent of the UK market. According to Nolan, one possible way of decarbonising the UK’s heating sector is to electrify the entire system through the use of electric heat pumps.

“The polar opposite approach is that of decarbonising the gas market. In other words, hydrogenise the system,” he explains. “It may prove feasible to put a hydrogen boiler into every house. We have a huge gas network which is an asset but further developing the technology will not be as straightforward.”

Nolan concludes: “It is inconceivable that the cost of decarbonised heat will be less than the current cost already incurred by consumers. Improving the insulation in all our homes is critical. Carbon zero must impact on every home in the country and, given this reality, we are facing into an all-or-nothing scenario, where gas is concerned.”