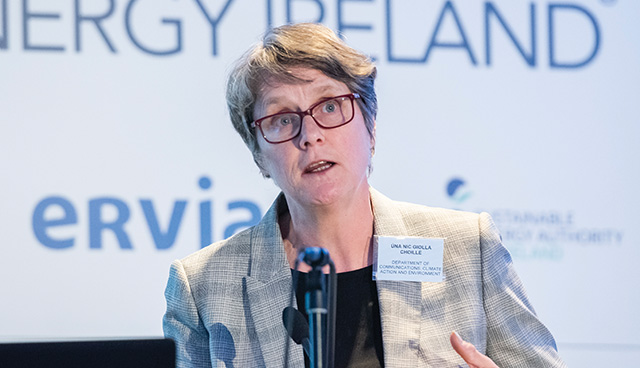 Úna Nic Giolla Choille, Principal Officer with responsibility for electricity and gas regulation at the Department of Communications, Climate Action and Environment, discusses the envisaged evolution of Ireland’s energy policy over the coming decades.

She says that the future development of the country must consider a projected one million increase in population; the need to create 660,000 additional jobs to achieve full employment; and a need for 550,000 more homes over the next three decades.

In turn, this will lead to demand impact across energy, climate, infrastructure, waste, communications’ infrastructure. Nic Giolla Choille highlights the projected one million extra people, 25 per cent of this population increase is planned for Dublin, the same again across the four cities of Cork, Limerick, Galway and Waterford with the remaining 50 per cent of growth to occur in key regional centres, towns, villages and rural areas throughout the country.

Having outlined how Ireland’s proposed green energy objectives had previously been set out in Green and White Papers, published in 2015, she adds that these have now been superseded by the National Energy and Climate Plan (NECP).

“Nine new pieces of legislation would be required to drive the significant change identified within the plan,” she says. “This will be a very complicated process and it’s not just about meeting targets. The new plan looks at all aspects of the ways by which Ireland must meet its climate change commitments.

“It includes the trajectories for emissions, renewable energies and energy efficiency while also pointing to the commitment that Ireland must make towards research in these areas.”

The representative from the Department of Communications, Climate Action and Environment then outlines the evolution of the new NECP from its initial draft, submitted back in December 2018, through the various stages of its progress. “This has been an iterative process, backwards and forwards, including scrutiny by the Oireachtas, members of which produced their own report on the matter,” she says.

“This has led us to the recent launch of the new all-of-government final plan. This, in turn, will be subject to further scrutiny. There will be a final draft plan issued in quarter three of 2019. This is the third time that the NECP has been put out for public consultation. The expectation is that the final plan will be officially submitted to the EU during December of this year.”

According to Nic Giolla Choille, the NECP sets out details on a year-by-year basis up to 2030, while also looking out to 2035 and 2040. Significantly, the plan also provides a trajectory to a decarbonised energy system. She further explains: “Modelling and the formulation of projections will be an annual process. All economic forecasts across all sectors will be part of the NECP as well.

“The latest version of the NECP contains up to date figures relevant to the end of 2018. Also included are the projections contained within the Government’s National Development Plan, published in February of this year. All these updated forecasts and projections will feature in the version of the NECP that is finally submitted to Brussels.

“The first draft of the NECP looked at the then existing measures with no national development plan forecasts included. The next version took full account of the 2040 development projections for Ireland. It also took account of projected low and high oil price options while also factoring in the 30 per cent gap in 2030 emissions that still had to be accounted for.”

A discussion on the latest International Energy Association (IEA) review of Ireland follows. Nic Giolla Choille details a comprehensive series of recommendations had been made within this report. They include the need for Ireland to set trajectories towards renewable and energy efficiency targets and for the country to set-out the means of achieving them. The development of a time-bound roadmap for decarbonising the heating sector was also highlighted.

The IEA review further recommended the need for Ireland to put in place an automatic upward adjustment of the carbon tax when pre-set sectoral emission targets are not met. There would be a need for the country to re-invest carbon tax revenues into energy efficiency and climate activities to benefit consumers. 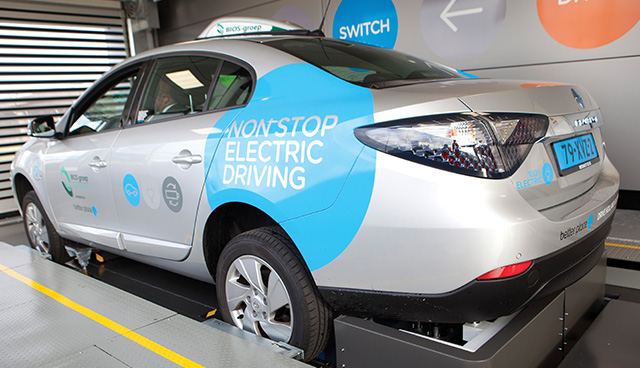 “Transport will see a greater focus on electric mobility. We will also see a ramping up of the energy efficiency programmes. Much of this will be underpinned by the implementation of the National Development Plan and the development of strong planning procedures.”

Where new infrastructure is concerned, the IEA highlighted the need for Ireland to provide continuity and longer-term certainty in energy policies. This will instil investor confidence. It should also improve the efficiency of the planning consent regime and ensure adequate consultation with all stakeholders. Nic Giolla Choille says: “The modified CERP fully recognises these points.”

In relations to Ireland’s electricity sector, Nic Giolla Choille explains that the CERP contains a commitment to securing 70 per cent of this energy source from renewables by 2030, before adding: “We will also see the adaption of new technologies including solar and biomass.

“Where future heating requirements are concerned, heat pumps will feature prominently. We will also see considerable growth in the scheme for renewable heat and biogas. Transport will see a greater focus on electric mobility. We will also see a ramping up of the energy efficiency programmes. Much of this will be underpinned by the implementation of the National Development Plan and the development of strong planning procedures.”

She concludes: “It’s obvious that we will see a number of general trends evolve within the energy sector over the coming years. These include the growth in decentralised generation; growth in electro mobility; growth in electricity for heating; growth in consumer interaction; more demand side management; and more energy storage.

“These also link into what’s in the Clean Energy Package, which we are in the process of transposing and implementing.”