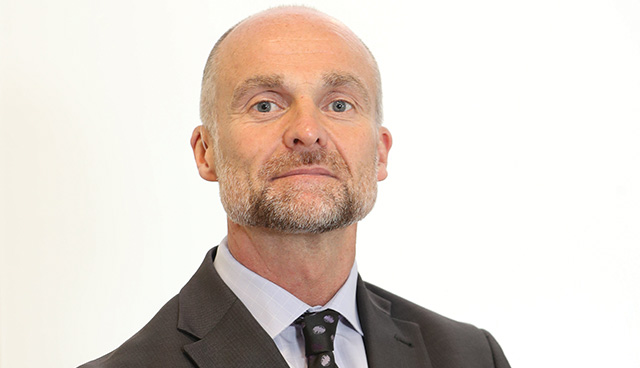 Kevin Shiels, the Utility Regulator’s Director of Retail and Consumer Protection discusses the protection of all consumers amidst energy market evolution.

“Thirty years ago, the viewing public had access to four or five television channels, compared to today, where that figure has risen to multiples of hundreds,” says Shiels, highlighting the dramatic change facilitated by digital technology.

“However, not everyone will be satisfied that their television service is more intricate and sophisticated now than it was a generation ago,” he states. Shiels outlines that the same argument can be made for the evolution of the energy market, adding: “Enhanced intricacy and sophistication doesn’t suit everyone.”

Plotting some of the changes which have occurred in the energy market, he highlights the shift away from basic consumers to the emergence of prosumers, active players in the market.

Prosumers, courtesy of microgeneration opportunities, can now generate their own power while, at the same time, actually supplying electricity to the grid at times of surplus.

He also highlights the role of smart meters, playing a crucial role at consumer level in terms of energy efficiencies and cost savings.

“As with any evolving scenario, there will always be winners and losers,” he outlines. “Those who are tech savvy will make best use of the new technologies and the benefits to be gained from a fast-changing energy/electricity market. The downside is that those who get left behind may well end up in a worse situation than is currently the case, paying more for the energy they can least afford to buy.”

Shiels makes reference to the technologies that may well make a difference within the world’s increasingly sophisticated energy market, including the likes of: self-generation; house-level storage; real-time data; service bundling; electric vehicles; time of use and evolving tariff choices.

However, in recognising a fast, evolving future for consumers, he is mindful that there are already many losers within the current market, pointing out the latest figures which confirm that energy poverty leads to an additional 640 winter deaths in Northern Ireland.

“This figure is greater than recorded for car accident fatalities. The disengaged and vulnerable pay more and switch less and currently, over 60 per cent of electricity consumers are categorised as passive or disengaged,” he adds.

However, Shiels is quick to state his belief that society, as a whole, has reached a tipping point, where energy transition is concerned, with the younger generation becoming particularly engaged.

Turning to the global shift towards a just energy transition, Shiels points out that from a consumer perspective, its meaning can be interpreted in different ways.

“It could be a transitional issue, referring to different priorities for today’s consumer versus the consumer of tomorrow. It could also refer to the relationship, fast evolving, between electricity generators and consumers, both domestic and industrial,” he says.

Referring to the role of energy data in the future energy transition, Shiels describes it as the lubricant that will oil change within energy markets.

Pointing out how data can help equip service providers for better customer relations and consumer protections, he says: “From a strictly domestic and small business perspective, we know from data that 43 per cent of consumers currently struggle to pay their electricity bills and 25 per cent have gone without heat or other forms of energy, because of the cost.

“In addition, 53 per cent of consumers are unaware of the special services that are available to them. According to the latest survey results, one third of customers do not read, or only glance at energy-related correspondence sent to them. Almost half say that they do not understand the material sent to them by suppliers, while the same number say competition is the main reason why energy prices continue to increase.

“Conversely, 63 per cent of consumers have confirmed having had a positive switching experience.”

“New energy options for the future do offer opportunities for consumers, provided they can fully identify how they are to be availed of.”

Discussing the importance of the regulator’s role any energy transition, Shiels outlines a scenario whereby changes could lead to a sub optimal outcome for the disengaged consumer.

“Energy provision is an essential service and it is because of this that regulators have been put in place,” he says. “If we get our decision making wrong then consumers could die. This is a burden that weighs heavily on my shoulders all of the time.”

Shiels believes that more work is needed to ensure that the energy transition has a positive outcome for consumers, explaining: “Data security is a big issue for the utility regulator. Much more work has to be done in this area. There is a monopoly issue regarding data security, which regulators across these islands have not yet come to grips with.

“New energy options for the future do offer opportunities for consumers, provided they can fully identify how they are to be availed of.

Shiels highlights that 65 per cent of old age pensioners in Northern Ireland do not have access to the internet, adding: “At any one time 25 per cent of the population are challenged by some form of mental illness.

“There is also evidence to show that some energy companies, particularly in Great Britain, have developed business plans to capitalise on this reality. This is a development which regulators are now looking at in more detail.”

Shiels outlines the need for a flexible energy regulatory system to be put in place for the future. This, he argues, must facilitate those consumers who are proactive in nature and protect those who are most vulnerable within society while, at the same time, encouraging those who are passive in the way that they deal with their energy providers to become more proactive.

Shiels concludes: “There must be minimal regulatory standards for all consumers, irrespective of their literacy levels or digital skills. There must also be a joined-up transition plan put in place, involving the industry, consumers the regulator and all relevant sectors of government.”