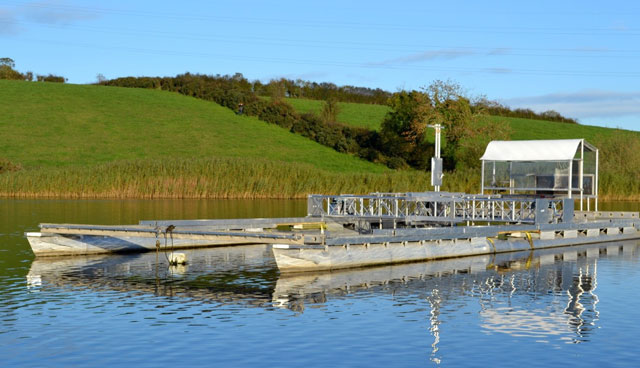 Innovation will be central to ambitions to decarbonise the economy states Sam McCloskey, Director, Centre for Advanced Sustainable Energy (CASE).

There is no doubt that the energy system in Northern Ireland of 10 years ago is significantly different from the one that is achieving 47 per cent renewable electricity penetration today. Moving from three traditional, fossil fuel-burning power generators at Kilroot, Ballylumford and Coolkeeragh 20 years ago to 26,000 generators contributing power to the grid, demonstrates the innovation capability in Northern Ireland.

Whilst much work has been done to decarbonise the electricity system to date, the next challenge is to achieve 70 per cent renewable electricity by 2030 and substantive progress in the decarbonisation of heat and transport. One of the biggest opportunities is in biogas. At the end of December 2018 there were 105 biogas sites in Northern Ireland with a generating capacity around 56MW, but much more is possible. A 2019 DAERA report stated that “Northern Ireland could produce 130-580 million m3 of bio-methane to generate up to 2,000 GWh of power or heat annually”. Other changes will be:

• creation of a route to market for the injection of biomethane or hydrogen into the gas grid;

• electrification of heat; and

A complete transformation of the transport sector will be required. It is likely that electric vehicles (EVs) will take over the small vehicle market in the near future, with hydrogen and other bio-fuels in the large vehicle sector. UKRI (Faraday Battery challenge) predict that the UK will be producing between 1.1 and 2 million EVs by 2040.

So where does innovation have a role to play? The Centre for Advanced Sustainable Energy funds innovative and collaborative projects for the benefit of the Northern Ireland economy. CASE is funded by Invest NI through the competence centre programme.

Other examples of emerging technology that are being developed at CASE include:

• the development of cost effective and more robust mooring systems for floating solar technology, including the incorporation of thermal panels on to PV platforms. The prototype will be tested at a Northern Ireland Water treatment plant adjacent to a new novel hydrogen production system [Floating Solar project at Queen’s University Belfast (QUB)];

• testing of novel vertical axis tidal turbine technology in Strangford Lough will be incorporated with a battery storage device [VATTS project at QUB]; and

• the development of a modular redox flow battery using novel, low cost electrolytes. This new redox flow technology aims to maintain the long life time >30 years whilst at the same time reducing the need for the non-abundant vanadium [AESIR project at QUB].

Northern Ireland is home to some wonderful entrepreneurs in industry and academia who have an enormous capacity to meet the challenges faced in order to achieve the complete decarbonisation of power, heat and transport required by 2050.