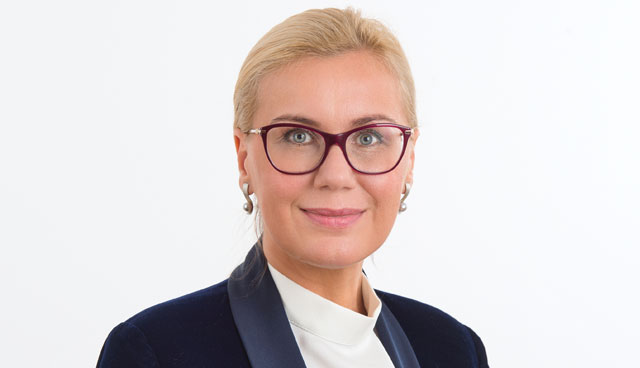 Kadri Simson, EU Commissioner for Energy outlines the role of member states and the energy system in achieving the EU’s raised ambitions on tackling climate change.

The 2019 European Green Deal recognised the need to fundamentally transform the EU’s energy system, states Simson, highlighting that 75 per cent of all the EU’s greenhouse gas emissions come from the energy sector and that this is a priority area if Europe is to be carbon neutral by 2050.

In September, the European Commission stepped up its ambitions by proposing the new 2030 Climate Target Plan which saw an increase in ambition for the greenhouse gas reduction to 2030 of at least 55 per cent, which Simson believes has added “further urgency to the green energy transition”.

Setting out the significance of the ambitious shift, Simson explains: “It also means that by 2030 electrification needs to reach 40 per cent and the rate of building renovation has to double. Additionally, 24 per cent of transport will have to be powered by renewable fuels. Oil consumption must be reduced by almost one third and natural gas consumption must be reduced by one quarter.

“We know reaching a 55 per cent reduction is doable but it will require massive changes and actions in all sectors. We will not only need to change but we will need to change fast,” states the Commissioner.

Highlighting that, to date, the power sector has led the way in decarbonisation, making it the most decarbonised system in the world, Simson says that the level of ambition will require action on other fronts as well.

In June, the European Commission presented the strategies for energy system integration and hydrogen, the first of which sets out the main characteristics of the energy system of the future and the other which looks at the role of renewable hydrogen in that system. Simson highlights that these strategies also provide solutions to how other sectors can follow the lead of the energy generation sector.

On 14 October 2020, the Commission published its Renovation Wave Strategy, which aims to double renovation rates over the next decade, making sure that renovations lead to higher energy and resources efficiency. It is estimated that by 2030, 35 million buildings could be renovated in Europe, with an additional 160,000 green jobs created in the construction sector.

In November 2020, the EU launched its strategy on Offshore Renewable Energy, aimed at giving a strategic direction for the ambitious development and integration of this type of energy by 2030 and 2050. The Commissioner recently presented the strategy to the annual conference of the Irish Wind Energy Association (IWEA), where she described Ireland as one of the “global champions” of wind energy. The Commissioner outlines that the strategy will not just cover offshore wind farms but tidal and wave energy also.

Tying these various channels together, the Commissioner explains that it is the Commission’s intention to propose an updated framework for Europe’s energy infrastructure policy before the end of 2020, which she says, “will help us to make our future investments climate proof”.

Simson highlights that as well as establishing long-term plans for the future, the Commission must also react to the challenges of the present. To this end she says that while political buy-in and momentum exists, financial investment and public support are crucial.

In July 2020, EU leaders supported the Commission’s proposal to create a €750 billion recovery plan for Europe, named Next Generation EU. Speaking on the unprecedented levels of finance being made available, Simson says: “We will need to be smart when deciding where to invest this money. Our analysis shows that investment in clean energy technologies generates more value added than investment in fossil fuel sectors, both in relation to profit and in terms of job creation.

“This means that we need to seize the moment and make sure we are accelerating our investments in the clean energy transition. This brings duel benefits of supporting recovery and increasing job creation in the short-term and in the long-term, helping us achieve our climate goals.”

Explaining the significance of shifting Europe away from being one of the world’s largest natural gas and oil importers, she adds: “The energy transition is also an investment in our resilience and independence because going climate neutral reduces our import dependency and our spending on fossil fuel imports.

“To ensure we achieve the expected transformation we must rethink and renew our energy system. We can no longer act in silos and we must look at the energy system as a whole, creating synergies and looking for cost-effective solutions for our households and business.”

“We know reaching a 55 per cent reduction is doable but it will require massive changes and actions in all sectors. We will not only need to change but we will need to change fast.”

Simson explains that the recently adopted EU-wide assessment on the national energy climate plans brings together the efforts of member states in stepping up their ambitions.

“Each member state now has a forward-looking blue print for clean energy targets in terms of transformation and investment. Combining the 27 plans, predictions are that we will surpass our 2030 target for greenhouse gas reduction of 40 per cent.”

The Commissioner highlights that the picture is especially encouraging when looking at renewable energy, where Europe is a global technology leader and has recognised a steady fall in prices. The National Energy and Climate Plans (NECP) Assessment outlines that Europe is on track to produce more than 33 per cent of its energy from renewables, an overachievement on its original target of 32 per cent.

However, recognising that the national plans were prepared with the current 2030 targets in mind, Simson says that more must be done to reach the 55 per cent reduction of greenhouse gases goal by 2050.

“The impact assessment foresees the need for a 38-40 per cent share of renewables in our energy mix by 2030 and 36-39 per cent improvement in our energy efficiency. With the Climate Target Plan, we commit to reviewing the Renewable Energy and the Energy Efficiency Directives, including those targets, and we will make a proposal in June 2021.”

Simson states that a change of this magnitude will require “serious investment”. The Commission estimates the need for €350 billion per year. Explaining the significance of the EU’s announced recovery package, the Commissioner says: “The Green New Deal was always meant to be a growth strategy and even the health crisis has shown that this is not simply a slogan.

“In July [2020] the EU leaders agreed on the unprecedented recovery package of €1.8 trillion, which sets sustainability at its core. The package brings together a reinforced EU budget for the next seven years, complimented by €750 billion from a stimulus plan. This is the Next Generation EU and the package gives us a unique opportunity to reboot the economy and accelerate the clean energy transition, which was already underway, and build a more sustainable and competitive economic future.

“I believe that the economic recovery and sustainability need to go hand in hand and respond to the needs of our people and our businesses and we need to invest in tomorrow’s technologies, not yesterday’s.

“Change is necessary but managing this change will be for the benefit of all.”