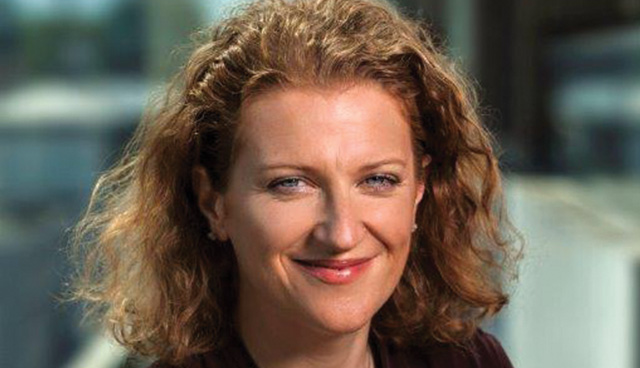 With the rise of renewable generation, declining renewable energy prices and the drive to decarbonise the energy system, power purchase agreements (PPAs) for power from renewable sources are becoming increasingly prevalent. Under these PPAs, a commercial and industrial (C&I) company agrees to buy energy from an existing or planned renewable generation asset, securing its income for the period covered by the deal.

PPAs were initially intended to finance 100 per cent of the generation asset, but this implies very large contract periods (10 to 15+ years), while a regular power supply contract tends to last one, two or three years. This imparity tends to deter C&I customers, therefore the PPA market is evolving with offerings that combine the benefits of a PPA with the flexibility of a regular supply contract.

The potential market for renewable PPAs is significant and growing. In the past 10 years, global deployment of renewable generation has skyrocketed. According to Blackrock, it now represents almost 30 per cent of the global addressable energy infrastructure market1.

There are several PPAs already in operation in Ireland for some time. However, in 2019, we see PPAs signed for the first time to specifically fund new renewables projects. For example, in April, Amazon announced that it will purchase all 91MW of power from a new wind farm in County Donegal2 which will be developed by Invis Energy3. The electricity will be used to supply the company’s Amazon Web Services (AWS) data centres in Ireland.

There are significant indications that demand for renewable PPAs in Ireland is set to grow exponentially. The Government’s Climate Action Plan 20194 has set an ambitious target to rapidly scale up renewable energy resources coupled with a target to meet 15 per cent of electricity demand by renewable sources contracted under Corporate PPAs by 2030. Members of the Renewable Energy 100 (RE100) global corporate leadership initiative have committed to using 100 per cent renewable electricity by set target dates and over 60 per cent of these companies have operations in Ireland. For instance, Accenture has committed to 100 per cent renewable electricity across our global operations by 2023.

With a significant volume of new renewable energy developments planned in Ireland, PPAs offer developers a guaranteed income source and financial security to build by providing an alternative route to market.

Benefits on both sides

As the demand for capital to fund new renewable generation assets continues to rise, renewable PPAs offer benefits for both buyers and sellers — and for society as a whole.

On the sell side, they enable generators to get projects funded and built, and provide certainty on the future revenues from those assets.

On the buy side, the C&I customers get green energy, security of supply, greater certainty over prices and an enhanced reputation from their reduced carbon footprint. Increasingly, corporate buyers also get cost benefits, as prices for renewable generation such as wind and solar continue to fall and in some cases start to slip below grid prices.

Positions are entrenched on both sides

The underlying factor holding back the market for renewable PPAs is the gap between what the corporates want to buy and what the generators want to sell.

So, what does each side want? In summary, C&I buyers want elements including keen, flexible pricing — so they don’t lose out in comparison to grid prices — and shorter-term contracts of around three to five years to avoid having to forecast and commit to consumption levels too far into the future.

Some are also seeking greater additionality to cover unforeseen increases in their energy needs and more clarity on the way various risks are allocated and managed. And they are looking to generators to offer renewable PPAs that meet their needs on a portfolio basis across different markets under a single agreement.

The generators’ agenda for renewable PPAs are the flip side of these demands. This would include fuller pricing to insure against market volatility, and longer contracts of 10 years or more to provide greater certainty over future revenues and to support project financing (bankable PPAs). In addition, generators would also like C&I customers to have a deeper awareness of the benefits of offsite PPAs, as this gives generators more flexibility in delivering parts of this from existing capacity or to build generation where the renewable resource is the greatest.

Corporate PPAs are a well-established, proven concept in the energy market. Agreed between a commercial and industrial (C&I) customer and a power generator, a PPA commits the buyer to take the output from a generation asset for an agreed period and secures the asset’s revenue stream for that time.

In reality, they aren’t that far apart

A closer look at the “wish lists” of the two sides suggests they may not be as far apart as they initially appear — at least in some respects. For example, one of generators’ main demands is for corporates to provide greater clarity on their future plans and “green roadmaps” for using renewable energy, so generators can tailor solutions accordingly, potentially including multi-country portfolio deals.

For their part, corporates would like generators to be more open about their current and future renewable capacity in different territories, including providing early warning of proposed future projects currently on the drawing board. C&I customers could then see how these plans map onto, and might support, their own plans for renewable energy consumption going forward.

In short, corporates and generators are fundamentally looking for the same thing. They both want a more open, collaborative approach coupled with a readiness to give and take on contract terms with a view to generating mutual benefits.

What could generators and C&I customers do differently?

In Accenture’s view, C&I customers and generators have an opportunity to reap greater benefits together, triggering a substantially higher take-up of renewable PPAs.

To make this happen, we think corporates have an opportunity to:

• explain their green roadmaps clearly, so generators could offer tailored solutions and factor their corporate customers’ future plans into their renewable asset-build strategies;

• communicate their own renewable needs when issuing and managing renewable energy RFPs;

• approach generators informally at an early stage to scope out mutual possibilities, rather than moving straight to a formal RFP and contract negotiation;

• recognise, accept and share risks with the generators to help support the energy transition, in recognition of the benefits this brings to all parties;

• understand the timeline required to deliver the electricity from new built projects; and

• aggregate volumes with peers to participate in RFPs from already-built projects.

We think generators have an opportunity to:

• be open about where they can currently supply renewable energy and their future plans for new renewable generation, including specifying what, when, where and asset size, so C&I customers can check how these might support their own plans;

• take a portfolio approach to corporates’ needs across regions, including more information and options about which assets and technologies the renewable power could be supplied from different territories;

• increase flexibility on pricing approaches, with greater transparency and agility toward new and different models;

• offer holistic contract management and be clear about the sleeved contractual implications at the moment to offer a virtual PPA;

• allocate risks in a just and comprehensive way.

Finally, both corporates and generators should be open to compromise on the trade-off between price and PPA length, to gain the wider benefits from renewable PPAs.

We bring deep industry experience along with advanced accelerators and digital assets to provide comprehensive end-to end services, bringing the best of Accenture to renewable companies.