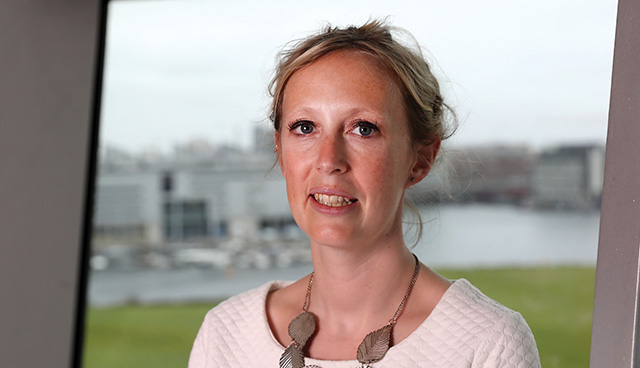 Rebecca Lawson, Principal Change Designer at Forum for the Future offers some insights into how communities can be empowered to own, generate and save energy together.

The path to decarbonisation represents new and evolving challenges to modern society. One of the most significant challenges involves bringing along the rest of society on that journey, according to Rebecca Lawson. “The democratisation of energy is absolutely integral to the path towards decarbonisation,” says Lawson, with a hint of determination. “Community energy projects present real opportunities to achieve this.” Here, she refers to examples of communities running and sharing the benefits of such projects, encouraging the use of renewables and combatting the prevalence of fuel poverty.

Community energy projects are rapidly increasing their prominence in the United Kingdom and further afield in Europe, according to Lawson. “This is, in part, thanks to the work of groups such as the Community Energy Coalition, founded by Forum for the Future, which works closely with Government and civil society to develop community energy strategies and enables the sector to grow to scale,” she claims. “The community energy sector currently offers 121MW (equivalent to 85,000 homes) across England and Wales, which is really impressive,” she adds.

Lawson notes the real and varied benefits of community energy projects, including green economy job creation and the leverage of investment through community share offers. Indeed, the energy expert highlights that in 2016, community energy projects across the UK raised over £625,000 which went into a variety of other community projects. However, the sector has been faced with new challenges, including the phasing out of the feed-in tariff and other tax incentives. “So, the business model we originally worked with is starting to become more challenging as time goes on,” says Lawson.

“During the course of our work, we found that one common barrier when working with community energy groups was finding a site to begin with,” recalls Lawson. “Through our corporate network we learned that several large companies have carbon reduction commitments and community engagement targets. As such, we realised that there were opportunities here for these companies to work with community energy projects to enable them to reach these goals,” she continues. “We realised that many of these companies weren’t aware of such projects, partly due to the fact there was no single database detailing all of the projects. So, we set up a digital platform which matches asset owners with community energy groups. Our vision is to get as broad a set of assets across the UK as we can – business parks, churches, hospitals, schools – we really wanted to give community groups as much choice as possible.”

The digital platform highlighted by Lawson, PowerPaired, is now being piloted across the UK, with assistance from county councils such as Oldham and Suffolk. “If we see progress being made, we will launch a national campaign to bring the idea into the mainstream and to raise awareness of the platform,” suggests Lawson, as she reflects on the progress of platform. “We hope to have 1,000 assets from over 100 organisations on the platform by next year, and we think we can build that volume quite quickly. Community energy projects really are growing all around us,” she concludes.