A future roadmap for renewable heat 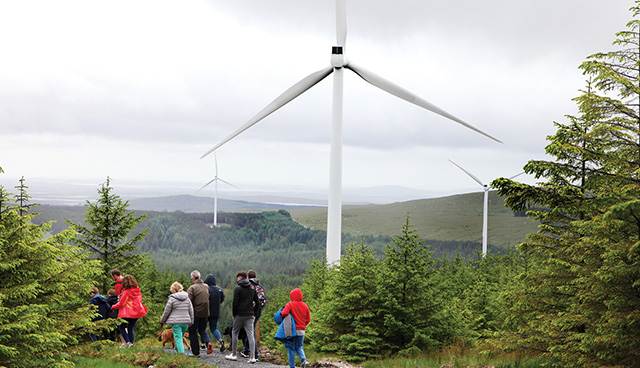 No longer can anyone seriously challenge the scale of our collective failure. In June, the Climate Action Network identified Ireland as the second worst country in Europe when it came to tackling climate change.

A month later the Climate Change Advisory Council confirmed that our greenhouse gas emissions are increasing, not falling, and warned we are ‘completely off course’ in addressing climate change.

Beyond the policy debates and the formal reports, more and more people are seeing the impact of climate change on their lives. From the flooding caused by Storm Eleanor at the start of the year to the impact on farming of drought-like conditions over the summer.

Climate change is no longer something that is happening somewhere else, it is happening in our fields and farms, our towns and villages, our homes. It is a sign of just how rapidly things are changing in the energy sector, that in August then Minister Denis Naughten TD acknowledged that the National Mitigation Plan – only 15 months old – has been overtaken by events. And so Ireland, and the new Minister, faces a choice.

Will we take up the challenge set down for us by the Taoiseach and the Citizens’ Assembly to become a leader in the fight against climate change? Or will we miss another opportunity, condemning Ireland to a lost decade of failed energy policies and empty rhetoric?

In June, the European Union agreed to set a target that 32 per cent of the EU’s energy would come from renewables by 2030. To achieve this each member state will have its own national target. These will vary as countries are at different stages in developing renewable energy and together they will each contribute to reaching the overall goal.

Ireland’s target will be negotiated with the EU in the coming months. We will agree a specific overall energy target that will be met across three energy categories – electricity, transport and heat.

A comprehensive report by leading energy and utilities experts Baringa, commissioned by IWEA, has shown how Ireland can use renewable energy to supply 70 per cent of our electricity needs by 2030. Because renewable transport and heat have been much slower to develop, a target for electricity of 70 per cent is essential if we are not to fall further and further behind our European neighbours.

It is already certain we will miss our 2020 renewable energy target. Our goal was for 16 per cent of our energy to come from renewables, which was our contribution to achieving an overall EU target of 20 per cent.

Although the EU is likely to exceed this Ireland has lagged far behind.

Record-breaking growth in wind energy in recent years means that our electricity target could still be reached if the Government is determined to ensure that it is, but we will fall well short in the other categories.

Earlier this year we called on Minister Denis Naughten TD to be ambitious, to set out a 70 per cent target for renewable electricity for the year 2030. The Baringa study shows that this is not only technically possible, but that it is very likely to be cheaper for the consumer than continuing to rely on fossil fuels.

It will improve Ireland’s energy independence. It will boost our economy. It will create jobs. This target is ambitious, but it is absolutely achievable.

There are already plans for thousands of MW of new wind and solar generation, and we have not even begun to exploit the potential of offshore wind.

Work on developing the 700 MW Celtic Interconnector to France and 500 MW Greenlink interconnector to the UK has started and there are reports that planning permission has already been granted for around 350 MW of batteries, with more applications on the way. But it will require a complete rethink in our energy system and a determined effort to electrify our transport and heating sectors with electric cars and heat pumps.

So we know that providing 70 per cent of our electricity through renewables by 2030 is technically and economically possible, but is the political will there?

We need only look across the Irish Sea to Scotland to see what is possible with determined political leadership. In 2009, with cross-party support, the Scottish Government set a more ambitious target for the reduction of carbon emissions than the UK as a whole. They aimed to reduce carbon emissions by 42 per cent by 2020 against the UK target of 32 per cent. 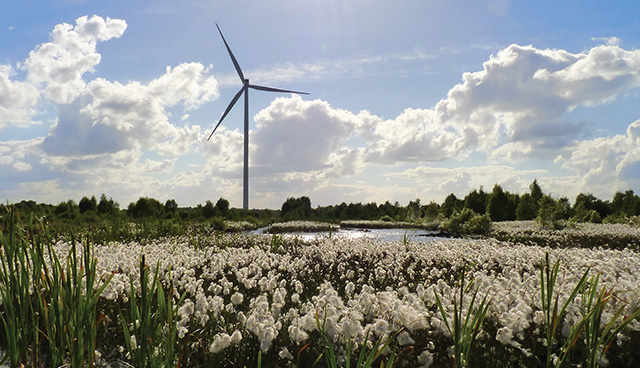 This decision drove a decade of planning and energy policy, attracting billions in inward investment, as Scotland again and again exceeded their own targets. They hit their 2020 carbon emissions target in 2015. We will be lucky to hit ours by 2030.

In just over 15 years they have gone from getting 10 per cent of their electricity from renewables to 68 per cent last year and they are on track to have a 100 per cent renewable electricity system by the early 2020s. But none of this could have been achieved without a Government, and a wider political system, willing to embrace this vision.

As Professor Andy Kerr of the Edinburgh Centre of Carbon Innovation explained, “Political vision and leadership in putting forward a challenging target and corralling the resources and narrative around delivering that target, was as important for setting the framework for tackling climate change as robust evidence that it was achievable”.

The report published by Baringa provides the robust evidence that Ireland can achieve a target of 70 per cent by 2030. Ireland will need to send its National Energy and Climate Plan to the European Commission before the end of 2018 setting out Ireland’s target for 2030. This is the ideal platform for Ireland to demonstrate political leadership in relation to climate change, by matching the EU’s renewable energy target of 32 per cent for 2030, supported by 70 per cent renewable electricity.

The new Renewable Energy Support Scheme (RESS) announced over the summer will be critical to achieving that target. The high-level design was generally welcomed across the energy sector and is a defining moment for our industry.

It ensures a smooth transition from REFIT to a new, technology neutral, support scheme and contains a welcome determination to accelerate the development of a diverse portfolio of renewable generation in Ireland.

Ireland’s energy future is not wind or solar, marine or biomass, but a combination of them and other technologies like batteries and interconnectors working together, reinforcing each other to decarbonise our electricity system. As well as supporting diversity in generation, RESS also contains clear commitments to support community ownership and participation in new renewable energy projects.

For the first time there will be a mandatory level of community benefit funding and the rate of €2/MWh has the potential to deliver around €250 million into communities, mostly rural, where new projects are located. There is enormous potential for investment of this kind to revitalise rural Ireland. But for RESS to succeed, and particularly if it is to assist us in achieving our 2020 targets, then the work to develop the detail of the scheme, to design an effective auction model and to obtain EU State Aid approval, is urgent.

A lot of work lies ahead for the officials in the Department, but the renewable energy sector is committed to the principles and the commitments set out in RESS, to working with the department but also with communities, employers, local authorities and other stakeholders to design a scheme that is practical, that is fair and that delivers for Ireland. But even so, many of our members see the suggestion that the first RESS auction will take place in the second quarter of 2020 as very optimistic.

If that deadline is missed, then the only hope we have of reaching our 2020 electricity target is if Minister Richard Bruton TD ensures that projects in the REFIT pipeline will not be penalised because of connection delays outside of their control.

Wind is our cheapest source of renewable energy and last year provided more than a quarter of Ireland’s electricity. As RESS enables other renewable energy sources to take a bigger share of our electricity market the potential for a genuine green energy revolution, integrated into local communities, is enormous.

But without the political vision, without leadership in politics, industry, business and wider society, without a target for 2030 that will challenge us to achieve what we know we are capable of, we will see Ireland slip further and further behind.

We need to see that vision not just from the Government, but across our political system, from every party. The Joint Oireachtas Committee on Climate Action is meeting to respond to calls from the Citizens’ Assembly earlier this year for Ireland to become a leader in tackling climate change. When it reports in January it has the potential to reset the debate on renewable energy.

Minister Bruton TD can give them a foundation on which to build by committing Ireland to a 70 per cent renewable electricity target by 2030, ensuring that we do not lose out on the economic, environmental and social benefits of decarbonising our energy system, of powering our homes, schools and businesses with clean, Irish, energy instead of imported fossil fuels.

That decision, that choice, is up to him. 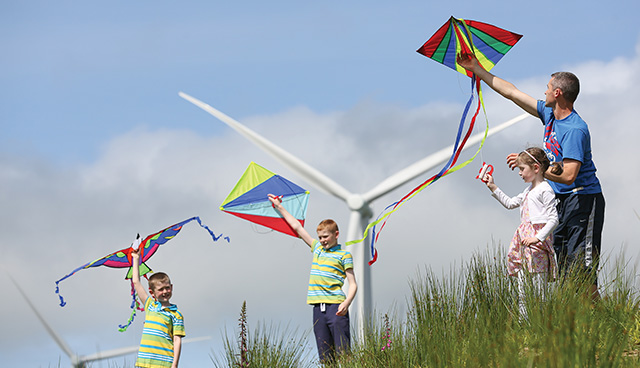 II. Develop at least 2,900 MW of solar power, including both small-scale installations on buildings and larger solar farms;

III. Strengthen our electricity transmission system so that it can accommodate up to 90 per cent renewable energy at any one time;

V. Build an additional 1,450 MW of interconnection from Ireland to Britain and France; and