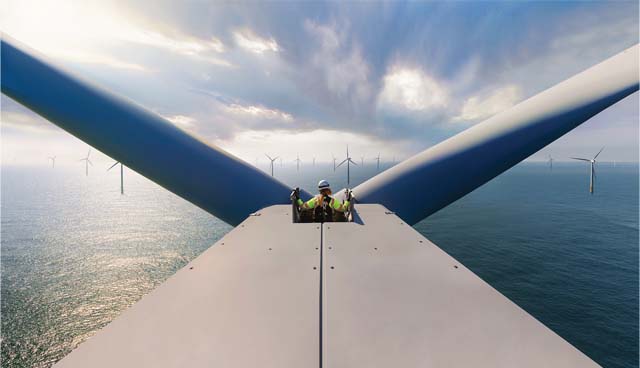 SSE Renewables is building more offshore wind than any other company in the world right now.

Maria Ryan, Director of Development at SSE Renewables, says Ireland must follow the ScotWind model and embrace real ambition in developing the next phase of offshore wind. 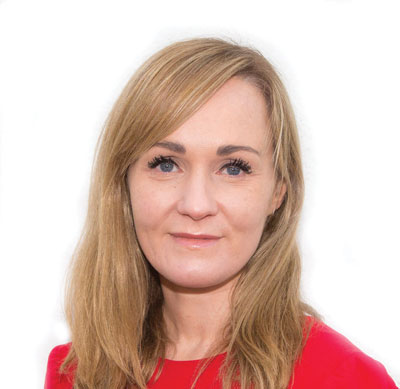 The end of 2021 was notable for several significant milestones in the establishment of Ireland’s offshore wind sector. The first of these was the passing of the Maritime Area Planning (MAP) Bill through all stages of the Oireachtas, enacting legislation which will provide the process to obtain planning consent for future offshore wind farms.

In another milestone, the Government engaged with the renewable energy industry to get feedback on how they would like to see the first offshore auction (ORESS1) designed and operated.

And looking beyond a landmark ORESS1 auction for the first phase of offshore wind projects in the Irish Sea, government and industry have now started to jointly explore how we can progress our ambitions for the next round of offshore wind development off our island, with the Department of the Environment, Climate and Communications (DECC) launching a consultation on offshore wind Phase 2 in December.

The Phase 2 consultation looks at a range of issues with the aim of defining how we want to set the sector up to achieve the Irish Government’s ambition of delivering 5GW of offshore wind by 2030 and when should we take certain steps so that ambition can be met.

At SSE Renewables, we’ve been steadily progressing our two Phase 2 projects: Braymore Wind Park off the coast of County Louth and Celtic Sea Array off the Waterford coast. We are targeting a minimum generation capacity of 800MW at each offshore site which together would be capable of powering a combined total of over 1.6 million homes and offsetting almost two billion kilos of carbon annually. These projects would make a significant contribution to Ireland’s 2030 offshore wind target, but to be able to do so we will require complete confidence and clarity in the new regime under which they will be delivered.

We know from the MAP legislation that Phase 2 projects will need to wait until the establishment of a new consenting authority, the Maritime Area Regulatory Authority (MARA), before they can secure seabed and begin their consenting journey which isn’t likely until 2023. This time horizon to MARA gives government and industry an opportunity to look overseas to see what lessons we can learn from other successful markets.

The Phase 2 consultation also asks respondents to consider at what stage competing applications for the same seabed should be assessed. These assessments will decide who gets to progress with a project in a particular area. SSE Renewables fully supports DECC’s proposal for a competitive Maritime Area Consent (MAC) assessment early in the process which would allocate seabed to developers. This will avoid multiple projects undertaking advanced development in overlapping seabed areas, something which would ultimately push costs up for the Irish offshore wind sector.

The Phase 2 consultation does provide the pathway to help deliver Ireland’s 5GW next generation of offshore wind and reaching this milestone is welcome.

However, as a society in the midst of a climate crisis and which needs to challenge itself to do more, is settling for 5GW by the end of the decade really enough?

If we look across the Irish Sea to our nearest neighbour, the UK, we can easily observe what can be achieved when policy makers lift the limits from ambition.

In recent months, Scotland has pushed new offshore ambition into overdrive. The much-anticipated ScotWind seabed leasing process run by Crown Estate Scotland was one of the most hotly contested competitions that the global offshore wind sector has ever seen. Bidders from around the globe alongside local developers such as my own company lined up to bid for seabed rights to develop fixed as well as new floating offshore wind farms, with up to 10GW of new generation up for grabs.

The results, when they were published in January, delivered a power punch to that original 10GW target, and saw lease option agreements awarded to 17 bidders to deliver an eye-watering 25GW of clean, green electricity; enough to power tens of millions of homes, and power the expanding electrification of the Scottish economy.

It’s become one of the most exciting moments in the story of renewable energy. Little wonder Scotland’s First Minister Nicola Sturgeon MSP hailed the ScotWind opportunity as truly historic, and that the results made headlines globally.

For our part at SSE Renewables, we’re delighted to have been awarded the rights, along with our ScotWind partners Marubeni Corporation and Copenhagen Infrastructure Partners, to develop a new giant floating offshore wind farm in the North Sea capable of delivering at least 2.6GW of Scotland’s newest ambition. When complete our ScotWind project will become one of the world’s first and largest floating offshore wind farms and will put SSE Renewables well on target towards meeting our goal of delivering over a quarter of the UK’s 2030 offshore wind target.

As a relatively small market delivering large-scale ambitions, Scotland’s model points a potential way forward for Ireland. But it also demonstrates the level of competition that Ireland, as a market, is up against in terms of global competition to attract the required investment, skills, and equipment needed to deliver offshore wind farms of scale here.

“As a society in the midst of a climate crisis, is settling for 5GW of offshore wind energy by 2030 really enough?”

We need to take the lessons we can from ScotWind so we can help accelerate and maximise the delivery of Phase 2 projects as quickly as possible. In our experience, it can take 10 years to develop an offshore project and while there has been a huge amount of progress, we only have eight years left to meet the 2030 targets. So, we need to ensure we continue with pace and resource sufficiently to ensure we deliver.

ScotWind presents learnings which are crucial in how you design a successfully functioning offshore wind market. The process put a cap on bid prices to avoid passing on overly burdensome costs to the consumer as well as to avoid leases being awarded purely based on how deep a bidders’ pockets are. To differentiate between applicants, they considered criteria such as experience and track record of delivery. This was to ensure that those awarded seabed have a strong chance of successfully delivering decarbonisation at scale within a given timeframe.

This model would work well in Ireland to minimise cost to the public whilst ensuring the maximum chance of delivery to meet government targets.

The speed at which the MAP Bill passed through all stages of the Oireachtas can only be commended. It’s essential now that we see the same level of purpose and enthusiasm ploughed into the establishment of MARA over this year and next, into the issuing of grid offers for Phase 1 projects, and into kicking off the first ORESS so we can begin getting turbines in Irish waters. We must see political will and sufficiently resourced administrative action more greatly aligned on the important goal of delivery.

ScotWind provides a blueprint for Phase 2 in Ireland and it’s fantastic to see DECC consulting early on the model for the Phase 2 process. Some of the features they suggest make eminent sense to bring certainty to the Irish offshore sector, such as running a competitive MAC process akin to ScotWind.

We should also take inspiration from ScotWind in the scale and pace of the ambition. Where the State can reduce risk and increase the likelihood of those awarded seabed ultimately delivering projects, it must. Where it can implement processes as quickly as possible to identify credible developers, and then provide them with the seabed needed to deliver its 5GW target at a minimum, it must. And where it can begin lifting the limit to our current ambition so that the State can create a market that stimulates a global appetite to invest here, it must.

If it does, then the Irish State will be all the better for it and will fast-track itself to the leadership position in offshore wind which it has the potential to become. In doing so, we’ll save money for consumers, help grow local supply chains, and set Ireland on course to achieve ambitious levels of decarbonisation and take our place on the global offshore wind stage.