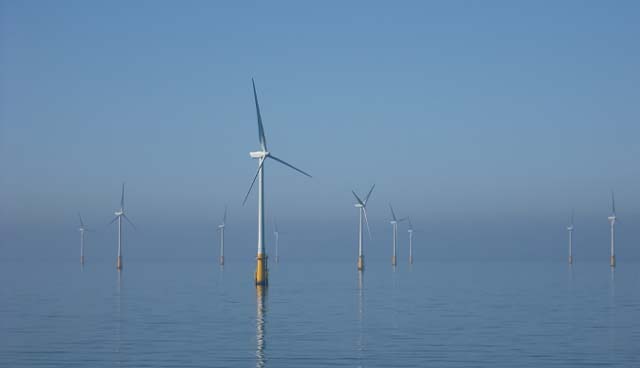 With the passage of the Maritime Area Planning Bill 2021, Ireland is moving closer to the holding of its first offshore wind auction under the Renewable Electricity Support Scheme, known as ORESS 1.

In October 2021, the Department of the Environment, Climate and Communications opened a consultation on the holding of ORESS 1, with the aim of engaging stakeholders and gathering feedback on the terms and conditions of the auction. The consultation closed on 6 December 2021.

The terms and conditions of ORESS 1 were also issued in October, in the weeks directly preceding the opening of the consultation. Due to the scale and natural of typical offshore wind farming, initial auction such as ORESS 1 are required in order to support the long-term potential of the technology. This approach received European state aid clearance in 2020 with the holding of the RESS 1 auction.

Speaking upon the launch of the consultation, Minister for the Environment, Climate and Communications Eamon Ryan TD said: “I welcome the publication of the draft terms and conditions of the first Offshore Renewable Electricity Support Scheme (ORESS 1) for consultation. The growth of offshore wind energy will play a major role in securing a supply of sustainable electricity for homes and businesses all over Ireland and will allow us to electrify sectors such as heat and transport. It will also play a key role in meeting our climate goals, to reduce overall emissions by 51 per cent by 2030 and to reach net zero by 2050.”

Plans are afoot for the State to hold at least three offshore auctions, but due to the long development timelines of offshore wind projects, only the first two of these are expected to contribute to the target of 5GW of offshore wind capacity by 2030 as a means of contributing to an overall goal of 80 per cent of electricity coming from renewables.

With the passage of the Maritime Area Planning Bill, attention will now turn to the fledgling Maritime Area Consent process and the issuing of such consents to phase one offshore projects. Offshore grid connection assessment process must also be established, and these are being progressed by the Commission for Regulation of Utilities.

The State has a sea area of 490,000km2, approximately seven times its landmass. There is long-term potential for 70GW of ocean energy in this area, through wind, wave and tidal power, all within 100km of the coastline.