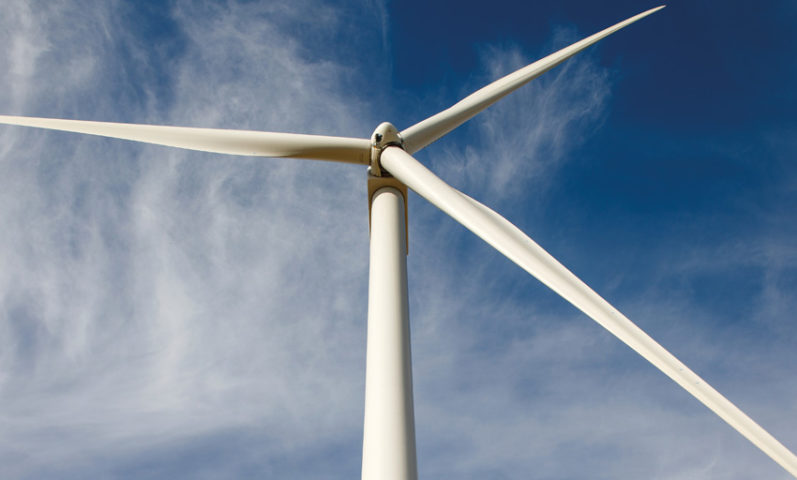 The Government took a landmark step towards achieving its aim of achieving 7GW of offshore wind by 2030 in November 2022 when it published its finalised terms and conditions for the first offshore Renewable Electricity Support Scheme (ORESS 1).

The finalised terms and conditions contain within them some notable changes from the draft terms and conditions published for consultation in 2021, among them the extension of the period of support from 15 years to 20 years. The representative minimum and maximum quantities for ORESS 1 projects has also been determined by Minister for the Environment, Climate and Communications Eamon Ryan TD, with the minimum set at 1,000 GWh annually and the maximum at 18,000 GWh annually. ORESS 1 is expected to secure up to 2.5GW of offshore wind capacity, what would have been half of the Government’s 2030 target had it not been increased from 5GW to 7GW. It is expected that this 2.5GW can be delivered and operational by 2026 or 2027.

In the immediate aftermath of the Government’s publication of the terms and conditions, EirGrid published the timetable for the ORESS 1 auction, with qualification applications opening on 11 January 2023 and closing at month’s end, with final qualification decisions to be announced on 6 April 2023.

Following the qualification decisions will be the auction process itself, which begins on 17 April with the publication of the information pack, and will see the auction submission process open on 27 April, close on 3 May, and be completed on 4 May. Provisional results will be announced on 11 May, with final results announced on 14 June and notice of award given on 21 June. Following on from the Maritime Area Planning Acts and its award of maritime area consent to seven projects in September 2022, the Government has said that any project with a maritime area consent will be eligible to participate in the ORESS 1 auction.

Generators will also be required to ensure that their projects join the public service obligation (PSO) scheme “as soon as practicable prior to the commercial operation date” in order to ensure that the projects on the receiving end of public support as soon as possible and are not operating within the wholesale market.

Generators will likely welcome the inclusion of partial indexation in the terms and conditions, which will see the strike price adjusted throughout the span of the project using formulae that take into account the original strike price, the price of steel according to the Steel Index compiled by Platts, and the Harmonised Index of Consumer Prices as published by Eurostat. The relevant minister will publish the calculation in respect of the indexation of the strike price, without disclosing prices specific to individual projects, before each indexation date. The partial indexation approach has been seen in France, while full indexation has been used in the United Kingdom and in Poland; this approach is seen by generators as a major bulwark against inflation-related losses and it had been warned that investors would have been forced into taking a conservative view on projects when current inflation is factored in without the guarantee of indexation.

Also likely to be welcomed by generators is the inclusion of planning risk mitigations such as floating milestones in the auction design, a reduction in the minimum installed capacity from the 90 per cent in the draft terms to 80 per cent, and the ability for generators to issue “an irrevocable notice to the Minister of the proposed withdrawal of its ORESS 1 project from ORESS 1 as a result of a condition (or conditions) contained in the planning consent for that ORESS 1 project”. 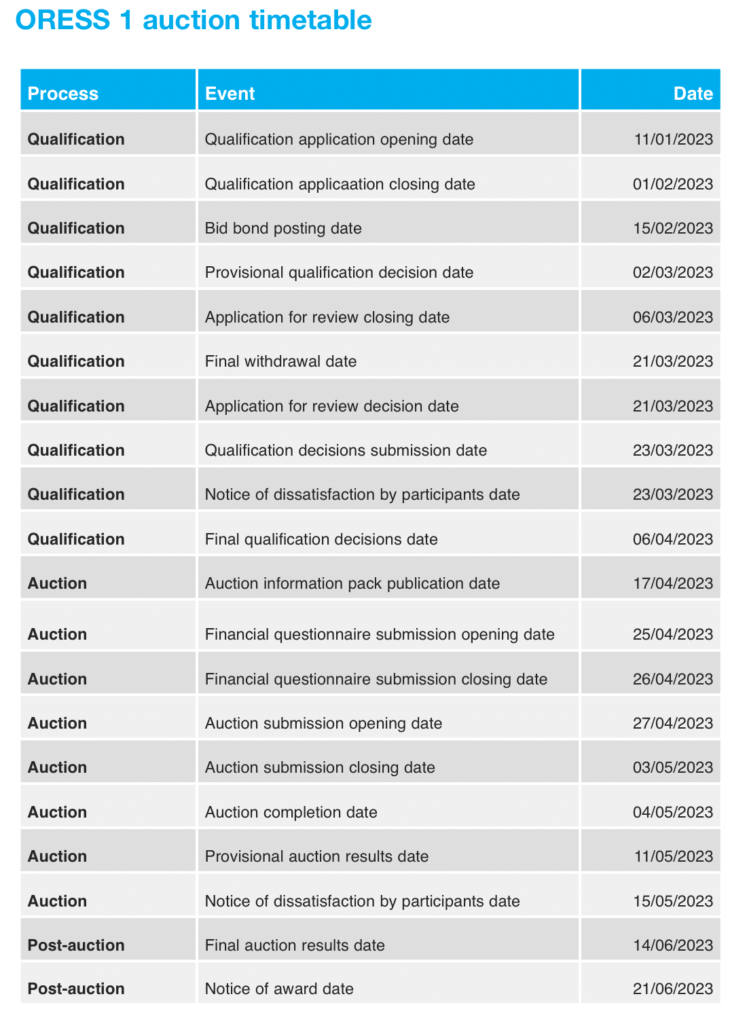 All applicants must provide a bid bond to EirGrid, the transmission system operator. The bid bond for ORESS 1 has been set at €6 per MWh of deemed energy quantity for one year, a decrease from the €7 per MWh that was outlined in the draft terms and conditions. The example proffered by the Government is that of a 500MW project, whereby the equation would be: €6/MWh x 500MW x 8,760 hours x 0.45 renewable capacity factor = €11,826,000. The price of the performance security has also been dropped from the draft terms, falling from €24 per MWh to €20. The performance security for a 500MW project would thus work out as such: €20/MWh x 500 MW x 8,760 hours x 0.45 renewable capacity factor = €39,420,000.