Offshore Grid Development: Who will lead the way? 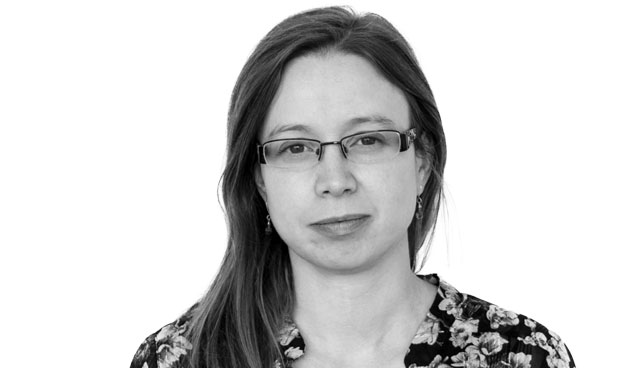 The MaREI Centre’s Fiona Devoy McAuliffe outlines the findings of an industry-led analysis of offshore wind development in the context of the Government commitment to 5GW by 2030.

The EirWind project sought to provide a roadmap for the sustainability development of Ireland’s marine resources, using offshore wind as the catalyst for innovation and impact, explains McAuliffe, who sets out that the work reviewed current opportunities and challenges to deploying offshore wind with consideration to policy, supply-chain and technology and logistical issues. Additionally, the research identified cost-reduction solutions, providing an advanced approach to planning future development sites.

The types of technologies required for Ireland’s east and south coast are fairly mature, explains the academic, pointing to the likes of monopiles and jackets, but deeper waters in the south and west coasts will require floating technology innovation. These technologies, while not as mature as those fixed solutions, are rapidly progressing for example, the Hywind spar buoy and WindFloat steel semisubmersible.

Taking three theoretical, but representative, sites to assess their respective potential and identify cost reductions, McAuliffe outlines that the project ran modelling that incorporated installation, operation, maintenance and decommissioning of a wind farm over an hourly time series of Metocean data.

The three base cases that were established were:

Using the base cases to determine the various production costs while modelling the delays in current movement in differing weather conditions, the project team could establish key financial indicators including the Levelised Cost of Energy (LCoE).

Taking each base case individually and attempting to apply optimisations, McAuliffe outlines that the LCoE for the east coast fell within expectations and that fixed offshore wind was clearly the most cost effective of the three scenarios, pointing out that fixed sites on the east coast have already been prioritised for offshore wind development.

Following consultation with their industry partners, the MaREI Centre’s team sought to identify where optimisations could happen in the near future, as well as further down the line.

Explaining, McAuliffe says: “What they wanted to look most closely at was different installation strategies that would reduce the use of heavy lift vessels, which are expensive and in quite short supply. With the growing turbine size requiring larger vessels, there are also logistical issues with these vessels coming into Irish ports.”

The research also looked at vessel capabilities and accessibility to farms, recognising that the most sensitive operation of an offshore wind farm was the transferring of technicians from vehicle to turbine, something that will often be constricted by weather conditions.

“Based on our feedback from industry we pushed the wave height out from 1.8 metres to 2 metres. We also looked at improving the technology reliability, reducing the number of failures that would occur and alternative substructures. In this case, we examined a jacket because, although it has a more complex fabrication process than monopiles, it reduces the amount of expensive steel used for deeper waters,” says McAuliffe.

The result was that the research returned an optimised scenario of €0.058/kWh, a 10 per cent LCoE reduction, which is achievable by 2025 if a clear consenting process is in place.

“Assuming that we’re looking at a wholesale electricity price of about €50/MWh, the site is close to subsidy free and further optimisations could bring it close to the record low UK Contracts For Difference (CFD) bid price of €45.65/MWh for projects starting 2024/2025,” she adds.

The academic explains that the key savings came in the form of increasing CTV crew transfer restrictions to 2 metres and improving turbine reliability to reduce the need for onsite maintenance and associated costs, while increasing turbine availability and production.

No significant impact was realised with the move away from heavy lift vehicles, as a large number of cheaper vessels were ultimately required to achieve the same operations, resulting in the same or higher vessel costs. Additionally, it was recognised that jackets did not provide savings at 40 metre depth but could in deeper waters where increased steel for monopiles outweighs the simple and cost-effective fabrication process. The application of larger service operations vessels (SOVs), in place of a crew transfer vessels for operation and maintenance allowed for increased accessibility of around 3 to 4 metre wave height. However, the additional gains from increased accessibility did not offset the increased vessel cost, largely due to the benign conditions on the east coast. 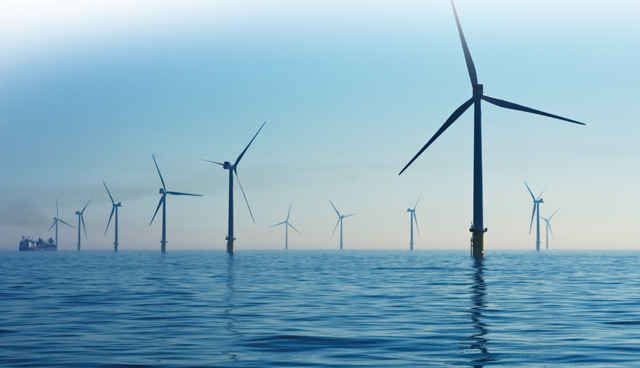 Turning to the floating scenarios on the south coast, the modelling found that while the LCoE of €74/MWh was in line with expectations, it is still significantly above the ambitious industry targets of €40-60/MWh by 2030.

However, a similar outlook is not evident for the west coast site, which the research identifies as “extremely challenging” for offshore wind development due to the harsh metocean conditions in the Atlantic Ocean.

Unsurprisingly, the cost analysis estimated the south coast site as significantly more expensive that the other two sites at €108/MWh, meaning considerable savings would be required. Offering a context for how challenging this might be, McAuliffe points to additional research, which shows year round accessibility of only around 40–50 per cent at a 2.5 metre wave height.

Like on the east coast, the research applied optimisations to the south and west coast sites including improving technology reliability, improved vessel capabilities and accessibility, alternative substructure technology and factored in expected improvements in installation and operations and maintenance procedures based on increased experience in this field.

The results are shown in the table above.

Key savings on the south and west coasts were identified again through the increasing of CTV crew transfer restrictions from a significant wave heights of 1.8 to 2 metres on the south coast and improving turbine reliability to reduce the need for onsite maintenance and associated costs, while increasing turbine availability and production.

McAuliffe also points to additional potential future savings from using an SOV with accessibility up to 4 metres on the west coast and a reduction in platform costs through improved design to reduce size while maintaining stability and material changes, for example.

Setting out the findings. McAuliffe says that in the near-term, fixed offshore wind in the Irish Sea is the most cost-effective and so, given the industry focus on this area, 2025 deployment should be expected. However, to facilitate this, the industry still require, a clear consenting process but also optimisation to achieve the lowest cost of energy, port investment, creating a pipeline of projects to encourage investors and an increase in the Irish share of the supply chain to not only reduce costs and risks but also aid job creation.

For the Celtic Sea and the Atlantic Ocean, floating offshore wind projects are most suitable. McAuliffe states that while both have considerable resource potential, challenges remain, particularly around access on the west coast.

“Further cost reductions are required but there are a number of potential areas for this. Additionally, technology in this area is advancing very quickly and so we would expect floating wind projects up to 1GW being possible and commercially viable by 2035.

“However, needed to facilitate this is the ramping up of smaller projects in the interim period. Again, a lot of that will have dependency on the consenting process. There is a need to start that ramping up now if we are to get to a 1GW wind farm later in order to increase the supply chain and our local expertise. Also, smaller interim projects will allow the industry to converge on which technologies are the most cost-effective, as well as logistically practical when considering weather conditions and in order to optimise our operations and costs to get the lowest LCoE possible.”

Fiona Devoy McAuliffe is a research fellowbased in the MaREI Centre, University College Cork. Her primary expertise is in financial assessment and optimisation of offshore renewable energy research projects and she has contributed to various European and Irish projects including MARINA platform; LEANWIND; OPERA and EirWind. The EirWind project was funded by 10 industry partners, Science Foundation Ireland (SFI) under Grant No 12/RC/2302, and University College Cork, Ireland.