Marine Planning Legislation: Bill to be published in the New Year

Offshore Grid Development: Who will lead the way? 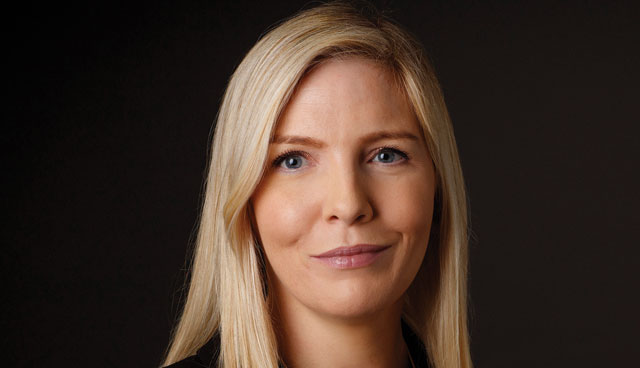 Offshore wind will play a crucial role in Ireland meeting its climate targets and reaching 70 per cent renewable electricity by 2030. There are currently several challenges to be tackled to ensure the timely development of Irish offshore wind projects, one such challenge being the establishment of a policy framework for the delivery of offshore grid in line with the National Marine Planning Framework, writes Partner and Head of Energy, Siobhán McCabe.

To assist in determining the suitable grid delivery model to be adopted to facilitate the build-out of offshore wind in Ireland, the Department of Communications, Climate Action and Environment (DCCAE) published a Consultation to Inform a Grid Development Policy for Offshore Wind in Ireland in June 2020. The consultation paper, and the accompanying report prepared by Navigant, outlined four example grid delivery models, spanning from a fully developer-led (centralised) model to a fully plan-led (decentralised) model.

These models drew on grid development approaches adopted in other jurisdictions but were tailored to the Irish context. The ultimate grid delivery model selected in Ireland may not necessarily be one of these models, but rather may comprise of elements of these models.

Under the first option, the fully developer-led grid delivery model which is applied in Britain, the developer is responsible for the prerequisites to the development: consents, site selection and pre-development of the wind farm site, and upon the project’s success in the auction, the construction of the wind farm and the offshore wind farm transmission assets. Any onshore grid reinforcements are undertaken by EirGrid and ESB Networks in a reactive manner to the auction results.

The second option considers an approach whereby the State defines the minimum distance to shore for the wind farm. EirGrid proactively plans and coordinates the onshore grid reinforcements and for each RESS auction, identifies the locations, capacities and timelines for the onshore connection points.  The developer remains responsible for site selection and pre-development, and the consenting and construction of the offshore wind farm and transmission assets.

The last two options shift responsibilities from the developer to a state body such as, or in conjunction with, EirGrid or ESB Networks. A single state body for offshore renewable energy (ORE) developments will manage the planning and the site pre-development processes.

In the third model, the developer wins an auction for a pre-developed site and is then responsible for the construction, financing, operation and maintenance of both the wind farm and the offshore transmission assets.

The fourth model adopts a fully plan-led approach, an approach which has been adopted in the Netherlands, with more responsibility being placed on EirGrid and ESB Networks. In addition to site pre-development, the construction, ownership, operation and maintenance of the offshore wind transmission assets are centrally planned by EirGrid and ESB Networks. Unlike the other three options where the offshore wind transmission assets are owned and operated by the developer who manages and bears the risk of outages, under this option, the developer bears the responsibility and risk of outage for a defined period, although the transmission assets are owned by ESB Networks and are operated by EirGrid.

The consultation paper summarised the analysis previously carried out on the advantages and disadvantages of each model and sought responses to specific questions in relation to the options and the seven key drivers identified as impacting on the choice of model. These drivers were not weighted but many in the industry believe that the most important driver is facilitating the timely development of offshore wind capacity to achieve the 2030 targets. They argue that this will only be possible if a developer-led model is adopted, being more compatible with existing legislative and policy framework.

Others believe that in the long-term, the plan-led model will facilitate more onshore-offshore transmission coordination with the potential result of less infrastructure being required. These responses will hopefully assist and inform the Government in its selection of a robust offshore grid development policy which will ultimately contribute to Ireland becoming a powerhouse for offshore wind farm development.