Enabling a decarbonised future for business 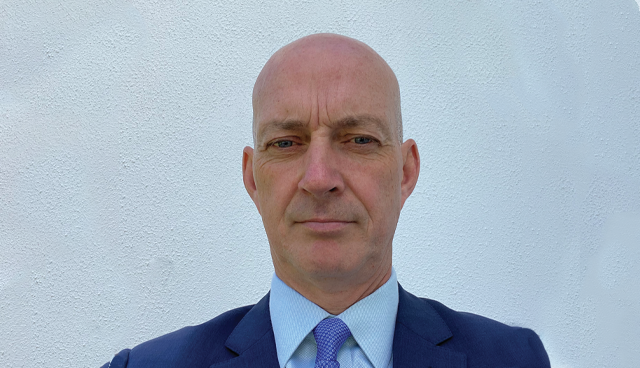 Northern Ireland is squandering its position as a global leader in renewable energy, writes
Patrick Keatley, lecturer in Energy Policy and Infrastructure at Ulster University.

Hindsight is wonderful. It makes it easy to mock predictions which seemed believable when they were made, but which appear ludicrous after time and events have done their confounding work. The long list of examples from the energy sphere includes the Chairman of the US Atomic Energy Agency’s claim in 1954 that nuclear energy would be “too cheap to meter”; or the sceptical senior BP executive who said, “I’ll drink all the oil in the North Sea”, when the company began exploratory drilling in the late 1960s.

A 1999 paper by the Office for the Regulation of Electricity and Gas here could make a reasonable claim for a place on the list. “The maximum amount of wind capacity that can be connected to the Northern Ireland system”, it confidently asserted, “is 50MW.” At the time, that would have sounded perfectly judicious. Two decades later however, that certainty seems quaintly wrong-headed. Northern Ireland has connected over 1,300MW of wind power; last year almost half of our electricity came from renewable (overwhelmingly wind) generation; and as part of the all-island system, we are global leaders in integrating wind energy.

Although other countries, notably Scotland, Denmark and Portugal, often claim to have integrated higher levels of renewable energy than us, their chest-beating ignores two key factors.

Firstly, their claims reflect political, rather than power system boundaries, overlooking the fact that these countries are a small part of much larger, trans-national power systems. By the same logic Donegal could reasonably claim the title of ‘Wind Energy Capital of Europe’ because many times its own power demand is often generated within the county border. In terms of system stability (or inertia – in this context, a good thing) needed to manage very high levels of wind power, what counts are electrical, not political, boundaries. The all-island system is a standalone grid within which wind and solar power have to be managed organically, as inertia can’t be imported through our subsea interconnector links with Britain.

Secondly, the term ‘renewable’ doesn’t differentiate between controllable resources like hydroelectric and biomass energy, and uncontrollable resources like wind and solar. Hydro and biomass can be turned off and on, and up and down in much the same way as fossil generators, which makes their integration a trivial matter. Wind and solar cannot and it requires engineering brilliance to manage them at high levels.

Since 2010, the system and network operators here have developed world-leading management techniques which have made the Irish all-island grid the global leader in integrating wind power. Because of this, in Northern Ireland we didn’t just meet our 2020 target to source 40 per cent of our electricity from renewables ahead of time; we smashed it, achieving 47 per cent in 2019. Other countries are now learning from what has been achieved here in order to meet their own renewables integration targets.

There is a downside to this happy tale. The variability of renewables like wind and solar means that they need flexible demand to complement their output. Globally, new markets for smart, consumer-owned flexible resources (think electric heating systems, battery and thermal storage, electric vehicles and rooftop solar, all bound together by the ‘glue’ of energy efficiency) are seeing explosive growth and overturning traditional incumbent-dominated markets.

While policy here has been successful in connecting a supply of renewable energy, it has failed to address the other side of the equation; creating the incentives for flexible demand to complement it. The consequence is that massive amounts of wind energy are currently being wasted. In the first six months of 2020, 17 per cent of Northern Ireland’s available wind energy was dumped because there was no flexible demand available for it. In terms of retail value, this represents over £50 million worth of clean electricity that was thrown away. We are currently on track to dump around £100 million worth of clean electricity this year. In an economy which has suffered from being among the highest levels of fuel poverty in the UK and Europe, that is shockingly wasteful.

Managing clean energy by dumping it when you can’t provide flexible demand isn’t just economically irrational, it also undermines our contribution to the UK’s emissions reduction targets. Last year the Climate Change Act (Target Amendment) Order became law, changing the UK’s greenhouse gas emissions reductions target for 2050 from 80 per cent (compared with 1990 emissions) to net zero. The momentum for the net zero target became irresistible after the UK Committee on Climate Change first mooted it in 2017, but it was evident that UK policy had been travelling in this direction, even before the Paris Agreement of 2015.

Since the scientific consensus on climate change became clear, UK policy has been remarkably consistent across all administrations. The UK was the first country in the world to implement a legally binding greenhouse gas emissions reduction target while Labour was in power through the Climate Change Act of 2008. David Cameron’s Conservative government was not only a signatory to the Paris Agreement; it was one of its main architects. Similarly, under Theresa May, the UK was the first country to mandate a net zero target in 2019. Over the coming decades, intensifying global climate disasters will only be reflected in ever more urgent policy targets.

But despite this clear direction of travel, Northern Ireland has always been out of step with policy in the rest of the UK. Northern Ireland is still the only jurisdiction in these islands which doesn’t have its own climate change legislation. Unlike the other devolved administrations, the Executive interpreted the original 80 per cent emissions reduction target in the Climate Change Act to mean not that we should reduce emissions proportionately, but that we could do things at our own pace. The possibility that 80 per cent could be a waypoint, rather than a destination, and that future legislation might require a fully decarbonised energy system, seems not to have been considered. The consequence is that while the rest of the UK has reduced emissions by 27 per cent since 2008, Northern Ireland has achieved only 9 per cent. 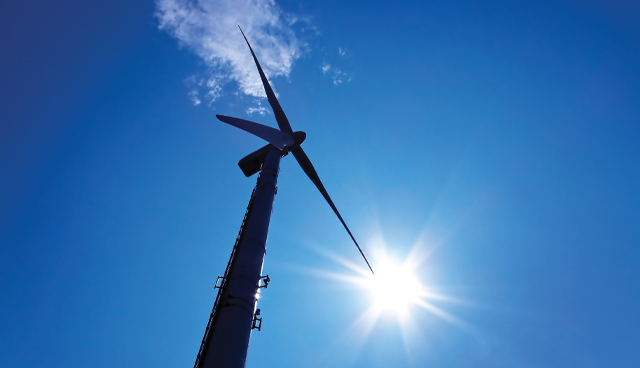 So, while the impact of net zero legislation in the rest of the UK will be significant, the fact that we are so far behind makes it a massive challenge. It also highlights the fact that not only are we currently throwing away clean energy; but that we’re simultaneously spending hundreds of millions of pounds on fossil infrastructure, based on policy from almost 20 years ago, the Energy (NI) Order 2003.

When the Energy Order was written, natural gas was being pushed by the industry as a ‘bridge’ to a low-carbon future, and because it produces fewer emissions than oil or coal when it is burnt (provided you ignore fugitive methane emissions from the supply chain), it created an opportunity to replace oil heating systems and reduce carbon pollution from domestic heat by about 25 per cent. As the gas price is regulated and usually lower than oil, it could also help to reduce costs for consumers in the short term. But by 2010, when the Northern Ireland Strategic Energy Framework (the last significant piece of energy policy here) was written, it would have been clear that increasing gas use wasn’t going to deliver anything like the 80 per cent emissions reduction required by the original Climate Change Act. Despite this, Northern Ireland has continued to invest in gas networks since then, to the tune of about £750 million.

This investment carries risks. Independent research into decarbonisation in advanced economies concludes that it will be primarily led by energy efficiency and electrification. In places like Northern Ireland with good renewable resources, the quick wins are achieved by the rapid electrification of heat and transport using cheap renewable energy, managed by energy storage, demand flexibility and consumer-led market structures. 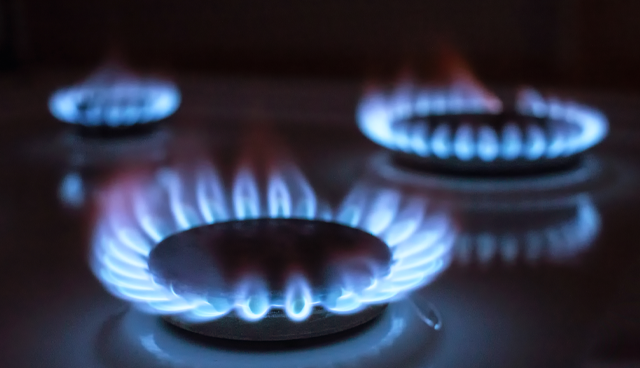 “Other countries are now learning from what has been achieved here in order to meet their own renewables integration targets.”

The upside of gas, a short-term reduction in emissions and costs, is countered by the fact that once you’ve committed to building expensive pipelines, you’re stuck with them for a very long time. The capital cost of gas infrastructure is recovered over decades (in the case of the £250 million Gas to the West project completed in January 2020 for example, more than 40 years). Committing consumers’ money to long-term investments in fossil infrastructure during a period of such profound change is fraught with risk.

The gamble is not limited to pipelines. As well as stopping the construction of new pipelines, regulators in the United States and Australia have begun to block the construction of new gas power plants like that planned for Kilroot on economic grounds. These decisions effectively mandate a switch from coal straight to Clean Energy Portfolios (suites of integrated technologies comprising interconnection, energy storage and flexible demand), and recognise that we are already at the end of the gas ‘bridge’. Instead of paying for standby fossil generation (like the £370 million that the new Kilroot gas plant will receive in its first decade), innovative market products are paying consumers to provide solutions to peak demand. As with pipelines, regulators can see that the declining costs of renewables and the consumer-side resources to manage them, are a better bet than long-term commitment to fossil generators.

Everywhere banks, insurers and investors warn of stranded assets and are offloading their exposure to oil and gas markets. The Chairman of Con Edison, one of the largest utility companies in the US recently announced that the company wants to sell its gas networks, saying: “We made those investments five to seven years ago, and at that time we, and frankly many others, viewed natural gas as having a fairly large role in the transition to the clean energy economy. That view has largely changed, and natural gas, while it can provide emissions reductions, is no longer part of the longer-term view.” Yet in Northern Ireland, as well as extending the grid and building new generators at Kilroot, projects like the Islandmagee Gas Energy Storage continue to be supported by the Assembly.

Northern Ireland has been gifted an opportunity to be in the vanguard of the transition to a smart, clean, consumer-led energy system. Our location on the margins of the Atlantic gives us access to cheap electricity from the best onshore and offshore wind resources in Europe. Our ‘long and stringy’ network is perfect for developing the innovative business models that are already empowering local communities and individual consumers elsewhere. While the Economy Minister’s recent announcement on hydrogen research is welcome, the future role and costs of hydrogen are largely unknown. Heat pumps, electric vehicles and energy storage are technologies which are ‘business as usual’ in many places and can make use of Northern Ireland’s wind energy today.

Instead of exploiting our advantages, obsolete policy is locking us in to dependence on fossil infrastructure which consumers will have to finance for decades to come. A green Covid recovery like that just announced by the Scottish Government, linking clean energy with a properly funded campaign to bring our draughty, poorly insulated housing stock up to 21st Century standards, could rapidly create jobs and reduce fuel poverty. But by continuing to support the construction of outdated, polluting technology in the vague hope that we can clean it up later, Stormont may well be leading us down the same path that led to the RHI disaster.