Energy storage and the grid

Just over one year ago, EirGrid launched a new five-year strategy to transform the Irish electricity system. The strategy will ensure that renewable energy accounts for 70 per cent of all electricity use in Ireland by 2030, double current levels.

Key to the new strategy is upgrading the power system so that it can handle world-leading levels of renewable energy, supplied through a combination of offshore and onshore wind, along with solar energy.

EirGrid Chief Executive Officer Mark Foley explains: “The strategy is a direct response to the significant but necessary challenges we have been set in the Government’s Climate Action Plan. The need to respond to the climate change crisis is a priority and I believe the resulting benefits will be considerable.”

Achieving this requires the connection of up to 10,000 megawatts (MW) of additional renewable generation by 2030.

Foley adds: “EirGrid Group is responsible for managing the flow of electricity around the island. The coming years will see the most radical transformation of the system since the advent of electricity and will provide people with the clean energy they need. EirGrid will develop the infrastructure and operational requirements to facilitate this shift.”

EirGrid can operate the grid at any given time with up to 65 per cent of renewable power, including onshore wind and solar. This is a pioneering engineering achievement. By 2030, this must increase to 95 per cent.

Supporting the development of a vibrant offshore wind sector is a priority for the company and key to achieving the 10,000MW of additional renewable generation.

Ireland has a target to develop at least 3,500MW of offshore wind energy, as published in the Climate Action Plan (CAP) in June 2019. The recent Ireland Programme for Government raised this target to 5000 MW.

But it is not as simple as just building a windfarm and bringing the power ashore at the nearest bit of coastline. “There is no point in building offshore windfarms if we are not ready for them on land,” says Foley. “We need to have the onshore network in place to connect to the offshore windfarms and to distribute the power. In the medium to long term, a high level of co-ordination will be required.”

The two main classes of grid delivery in the international context are plan-led and developer-led models, representing both ends of a spectrum of options.

Under a developer-led model, developers prepare the requirements for consents, select and pre-develop wind farm sites and develop and build both offshore wind farm and transmission assets. The latter includes offshore substation, export cables and onshore connection assets. This model is applied in the United Kingdom.

Under a plan-led model, a state body and/or the grid operator is responsible for the complete process of wind farm site selection and pre-development and offshore grid connection development. This model is applied in the Netherlands.

Foley says: “Four possible grid delivery models for Ireland were assessed by Navigant, ranging from a fully developer-led model to a fully plan-led model. The models represent a set of options, each with their advantages and disadvantages, to indicate a spectrum of options for the Irish context.”

Elements of the four models could be combined to form a wide range of additional model options.

Developers are responsible for securing the required consents, financing, construction and operation and maintenance of both wind farm and transmission assets.  Required onshore grid reinforcements are undertaken by EirGrid and ESB Networks.

• Option 2: Plan-defined, developer consents and builds. Under this model the state defines a minimum distance from wind farm to shore to enhance public support for offshore wind developments. In addition, EirGrid plans and coordinates onshore grid reinforcements and identifies the locations, capacities and timelines for onshore connection points.

In this way EirGrid can optimise the upgrades of the onshore grid such that the connection capacity to meet the CAP targets is made available in a timely manner. The developer remains responsible for site selection and pre-development, and the consenting and construction of the offshore wind farm transmission assets.

The advantages of the developer-led model include compatibility with seven legacy offshore projects deemed “Relevant Projects” by the Government earlier this year. They can be developed quickly and are more likely to be compatible with existing legislative and policy frameworks. This model also leverages developer experience in the delivery of offshore wind farms. 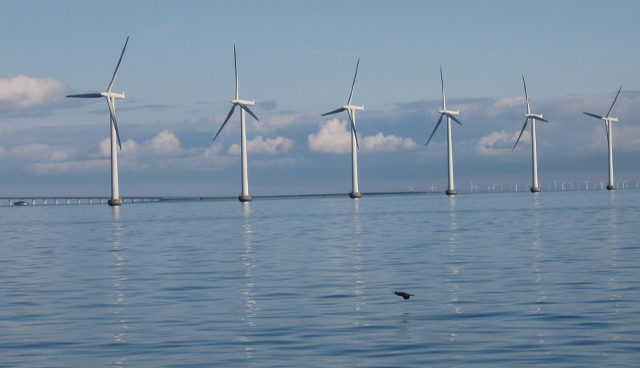 “We need to have the onshore network in place to connect to the offshore windfarms and to distribute the power. In the medium to long term, a high level of co-ordination will be required.”

The advantages of the plan-led model include long-term onshore-offshore transmission coordination with the potential for reduced infrastructure.

They present an opportunity to craft a coordinated public acceptance campaign covering multiple projects and ease of future proofing of technology.

The disadvantages include the time needed to develop new governmental capabilities, and policy, regulatory, licence and legislative frameworks which are likely required.

According to the report, a transition towards a more plan-led model option (3 or 4) could offer a pathway to leverage the timing advantages of more developer-led models in the short term and allows greater coordination of onshore-offshore grid development in the medium to long-term.

The report notes that all four models have advantages and disadvantages and the decision for the grid delivery model for Ireland and will require careful consideration.

“Internationally, there has often been a transition from one model to another as needs change and infrastructure gets developed,” adds Foley.