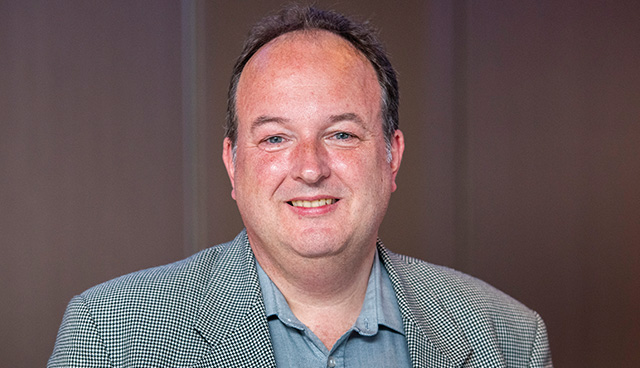 Jon Clipsham, Hydrogen Manager for the European Marine Energy Centre (EMEC), would probably be the first person to argue that the Orkney Islands should be regarded as the hydrogen capital of the world. It’s an economy centred on the electrolysis of water, a process that is fuelled by the bountiful supply of wind-based renewables on and around the coast of Orkney.

Hydrogen ticks every box. As a fuel source, it has no carbon footprint whatsoever. In addition, it can also act a fuel reserve at times when the capacity to produce wind energy exceeds a grid’s capacity to take it.

Clipsham speaks of how the electrolysis systems on the island use fresh water and outlines his eventual goals for the process: “Electrolysis of sea water is our ultimate objective. As a company EMEC is heavily involved in developing the technology that can make this happen.”

Research and development work carried out by EMEC has looked at the various forms by which hydrogen can be applied as a fuel source. This even includes its use in powering a light aircraft. Critical to the approach taken by EMEC has been the production and use of hydrogen as an all-encompassing energy source.

From its Orkney base, EMEC provides developers of both wave and tidal energy converters, technologies that generate electricity by harnessing the power of waves and tidal streams, with purpose-built, accredited open-sea testing facilities. The company has 13 grid-connected test berths. It also has two scale test sites, where smaller scale devices, or those at an earlier stage in their development, can gain real sea experience.

Clipsham recalls that the UK’s commitment to renewables’ research can be traced back to the years directly following the oil crisis of the 1970s. He says: “Orkney holds many trump cards in this regard: big winds, big tides and big waves. The downside to the island is its remoteness, rural setting and the fact that its electricity grid is very constrained.

“Combing all of these factors made research into energy storage and hydrogen production the perfect fit for Orkney. Adding to Orkney’s suitability as research and development centre for EMEC is the fact that the has been generating 100 per cent of its electricity from renewables since 2013; it is home to more wave and tidal energy devices than anywhere else in the world; one in ten households make their own power and the island has the highest uptake of electric vehicles in Scotland.”

According to Clipsham, Orkney has a very sophisticated hydrogen infrastructure. He comments: “Orkney’s hydrogen economy is already at the heart of the heat and power sectors. This is benefitting those living on the mainland of Orkney and its neighbouring island communities as well. It is hoped to expand the scope of hydrogen power to Orkney’s food, drink and marine sectors.”

Clipsham then highlights the scope of the EMEC’s new ReFlex project, which is integrating the various energy systems on the island. “This is a £28.5 million initiative to create a virtual energy system (VES) on the island,” he says. “Essentially, it will interlink local electricity, transport, and heat networks into one controllable, overarching system.”

The project is funded by UKRI through the Industrial Strategy Challenge Fund. Electricity, transport and heat powered by local renewable energy generation, will be coupled with flexible energy demand balancing the intermittency of renewables. At the heart of the project is the demonstration of flexible energy balancing technologies. This includes a Doosan, industrial-scale hydrogen fuel cell.

The pioneering project should help Orkney maximise the potential of its significant renewable generation capabilities, help to ensure higher quality and more affordable energy services, as well as further lowering the county’s carbon footprint by decreasing reliance on imported carbon-intensive grid electricity from the UK mainland. Once demonstrated and proven in Orkney, it is expected that the VES model and associated integrated energy service supply framework will be replicated in other areas across the UK and internationally.

The Orkney Islands, as a group, have over 50MW of installed wind, wave and tidal capacity generating over 46GWh per year of renewable power and has been a net exporter of electricity since 2013. Due to the limited capacity of the Orkney grid, 30 per cent of the wind power produced annually is lost because of this restriction – hence the vision to use hydrogen technology as a cost-effective storage mechanism. 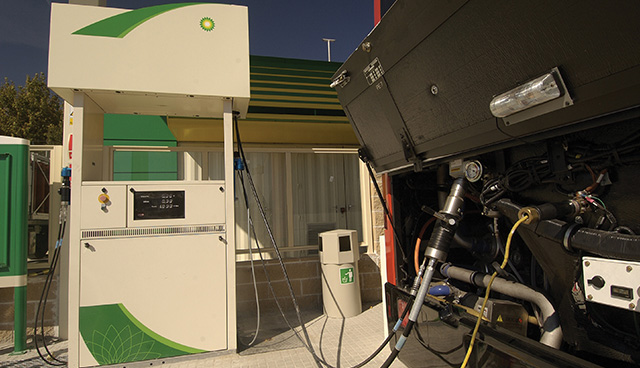 “Orkney’s hydrogen economy is already at the heart of the heat and power sectors. This is benefitting those living on the mainland of Orkney and its neighbouring island communities as well. It is hoped to expand the scope of hydrogen power to Orkney’s food, drink and marine sectors.”

According to Clipsham, Orkney is committed to securing a carbon negative energy balance. “The commitment to hydrogen is helping to make this a reality in a very meaningful way,” he says. “Orkney is on a journey to maximises the impact of its renewable resources. All the electricity generated on the island is green and there is a strong commitment to electrify more heating on the island. Our next target is to make more hydrogen and green fuels available for the island’s electric vehicle fleet. The same principle holds, where Orkney’s marine sector is concerned.”

However, the EMEC representative made no secret of the fact that greening Orkney’s entire energy sector is not without challenges: “We still need better security of supply while also targeting the need to have this made available on a sustainable and cost-effective basis.

“People with the right skills will always be required as will the investment to make the hydrogen economy happen. Orkney’s infrastructure needs to be upgraded as does the interconnection with the mainland. There is nothing we can do about the island’s climate, which has its upsides and downsides. Producing hydrogen and using it as an energy storage medium is a solution to overcome local grid constraints, enabling large scale renewable integration.”

Clipsham says the initial driver behind EMEC buying an electrolyser was to provide a storage solution to circumvent local grid constraints, but the purchase has sparked off other pioneering projects around Orkney looking to use hydrogen in various means. He concludes: “We’re now looking towards the development of a hydrogen economy in Orkney. One of the most promising uses of hydrogen is as a fuel for transport as it emits no carbon when it is consumed and, providing it’s generated by clean renewable energy sources, it becomes a carbon neutral energy source.”