The Raheenleagh wind farm site is located in County Wicklow approximately 8 km west of Arklow. The project involves the installation of 11 Siemens turbines and associated civil works including a 16km underground cable from the site at Croghan Mountain to Arklow substation.

We have all seen the impact that human activity is having on our planet. ESB recognises that the time for action is now.

It is universally accepted that electricity has a critical role to play in tackling climate change, and ESB is committed to a future powered by clean, reliable and affordable electricity.

This year has seen significant milestones in ESB’s low carbon journey as it continues to grow its renewable energy portfolio and invest in a wide range of technologies and solutions to meet its net-zero ambition by 2050.

The first of these milestones was announced in April, as ESB works to reduce the carbon intensity of its generation mix and shape the future of the energy system was outlined with Green Atlantic@Moneypoint.

Under the programme, and in line with the Government’s ambitious emissions reduction targets, ESB’s Moneypoint site in County Clare will be transformed into a green energy hub, helping Ireland to become a leader in sustainable energy production.

This multi-billion-euro investment programme will create hundreds of jobs for surrounding communities over the next decade. It includes plans for a floating offshore wind farm of 1,400MW that will be developed off the coast of counties Clare and Kerry in two phases by ESB and joint venture partners, Equinor. Once complete, the wind farm will be capable of powering more than 1.6 million Irish homes.

Another significant development at Moneypoint will be the construction of a Synchronous Compensator which will help to manage grid stability, and in turn, enable higher volumes of renewable generation on the system. This will serve to reduce carbon emissions arising from both transmission operations and system constraints. The project started in August of this year following the appointment of Siemens Energy to carry out construction and engineering works. 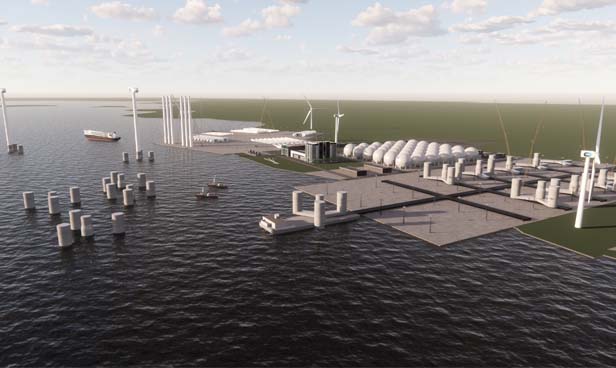 ESB’s renewable energy focus means that it is constantly evolving, innovating and harnessing the resources of the entire organisation to make the transition to clean, low carbon electricity a reality.

One significant area of innovation is around the development of large-scale infrastructure to produce green hydrogen from renewable sources. This clean, zero-carbon fuel will support the decarbonisation of the energy system and transform industries where direct electrification is not feasible such as heavy transport, shipping, industrial processes and backup power generation.

ESB’s plans include a green hydrogen production, storage and generation facility at Moneypoint towards the end of the decade. In recent months, ESB announced that it has partnered with dCarbonX on the assessment and development of Irish offshore green hydrogen subsurface storage. This covers all areas that are adjacent to ESB’s existing and planned future infrastructure and will support the creation of a proposed new ‘Green Hydrogen Valley’ centred around the Poolbeg peninsula in Dublin.

In August, the two companies launched Green Hydrogen@Kinsale, an integrated project to develop large-scale storage for green hydrogen off the coast of County Cork that could have the potential to store up to 3 TWh of green hydrogen and hydrogen carriers – the equivalent of approximately 10 per cent of current Irish annual electricity consumption.

The partnership represents a milestone in Ireland’s emerging hydrogen economy, and an exciting development in ESB’s sustainable energy transition.

The drive to renewables

These latest developments are taking place alongside other initiatives by ESB to support the electrification of the transport and heating sectors, including a major project to upgrade and enhance the public charging infrastructure for electric vehicles (EVs) across Ireland. This project supports the Government target to significantly grow the number of EVs on Irish roads to almost one million by 2030.

In July, a new eight-bay charging hub was opened at Junction 14 Mayfield on the M7, marking the latest development in ESB’s €20 million infrastructure investment programme, supported by the Government’s Climate Action Fund (CAF).

The high-power charging hub is capable of providing 100km of charge in as little as six minutes.

The number of charge points available for public charging across the island of Ireland, currently totalling 1,800, is expected to increase as government supports for local authorities are introduced and other players enter Ireland’s growing market, one that will play a crucial role in reducing emissions. 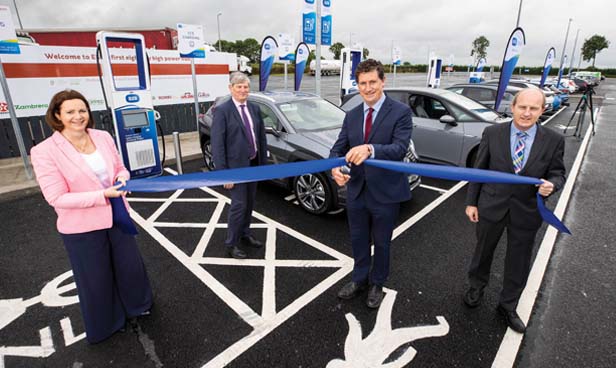 The high-power charging hub is capable of providing 100km of charge in as little as six minutes.

We all must play our part

While huge progress has been made over the past decade in preparing Ireland’s electricity system for a new, low carbon future, much of this work is being completed within the industry and out of sight of customers. We are now entering a new phase of the transition where customers will have a key role to play, not only by adopting new technologies but also by moderating their use of electricity to help make the system more efficient.

New innovations and solutions are emerging all the time, but technology is just part of the answer. A cultural and behavioural shift is needed to tackle climate change, which means that choices for customers need to be simple, compelling and make financial sense.

ESB’s investment in some of the latest technologies to support the transition to renewable energy is all taking place while it continues to expand its onshore and offshore wind portfolio.

Simple, intuitive products and services that offer convenience, cost-savings and comfort will encourage customers to embrace change and take on a full and active role in the energy system. ESB is committed to helping customers navigate the changes ahead by developing customer-centric solutions that meet their needs.

“Although ambitious, the transition to zero-carbon electricity and the electrification of society is achievable if we all play our part, but it requires an informed, engaged public that has the opportunity to deliver real change. That is where we come in, by enabling the latest innovation and technology to address the challenges we all face. By working collaboratively, we can effect fundamental social change and leave a really positive legacy for future generations as we transition to a renewable energy future,” says Peter O’Shea, Head of Corporate and Regulatory Affairs at ESB.

Find out how ESB’s renewable energy focus is creating a brighter future for all at esb.ie/brighter-future 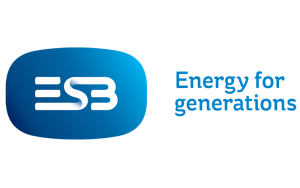