The path to net-zero heating and cooling in Ireland 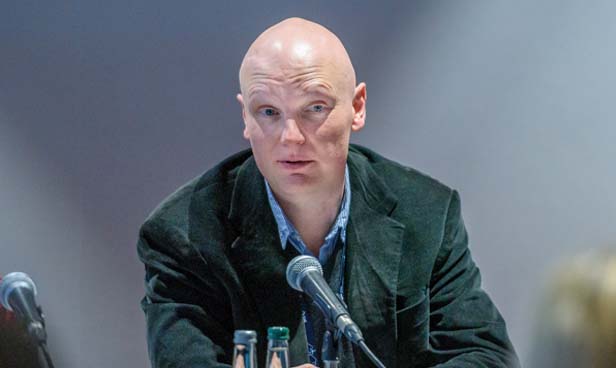 Ireland will require a different roadmap from that of its neighbouring countries given the absence of an industrial use for hydrogen, explains NUI Galway’s Rory Monaghan.

While the development of hydrogen supply projects in Ireland is welcome, failure to incentivise the progression of demand will inevitably force delays in hydrogen production, explains Monaghan.

The academic, who is a Senior Lecturer of Energy Systems Engineering and leads the Energy Research Centre in NUI Galway’s Ryan Institute, highlights that associated with the European Union’s move to make hydrogen a central part of its decarbonisation plans out to 2050, a number of member states have also published their hydrogen strategies in 2021 and there is a clear momentum across Europe.

However, Monaghan stresses that throughout the majority of these strategies, the first step is for renewable hydrogen to replace fossil-generated (grey) hydrogen.

“Research across Europe shows that hydrogen is making its mark in the industrial sector, where grey hydrogen is already in use and where there is an existing demand,” he states.

The challenge for Ireland is that, unlike its neighbouring countries, that industrial demand is minimal.

Setting the context for the current momentum in hydrogen supply and demand across Europe, Monaghan is pleased that in a few short years the conversation has moved from explaining the potential uses of hydrogen to one of the specific challenges and opportunities for the role of hydrogen in Ireland’s future energy system.

Hydrogen’s ability to be transported over long distances, its potential as a storage medium and the fact that it can be used in a range of different end-use sectors are clear benefits, however, as Monaghan points out, currently, most potential end-use sectors are not using hydrogen and the vast bulk of hydrogen that is being used is as an industrial feedstock, and is not coming from renewables.

In July 2020, the EU published its Energy System Integration Strategy, setting out four over-arching priorities of how the energy system will be decarbonised. Alongside efficiency, circularity and direct renewable electrification, the Strategy listed ‘clean fuels for hard to abate sectors’ as a priority, relating to hydrogen, biofuels and carbon capture and storage (CCS).

Subsequently, the EU Commission published its Hydrogen Strategy, mapping the development of 40GW worth of electrolysis capacity within the EU and a further 40GW in North Africa and the former Soviet Union (for import), by 2030.

Monaghan estimates that Europe needs to avoid future emissions of around one billion tonnes of CO2eq in 2050 in addition to its projected CO2 emissions reductions if it is to play its part in meeting the global aim of keeping warming to 1-2oC. Hydrogen can help close 50 per cent of that gap, spread across a number of key sectors including, but not limited to, transportation, as industrial feedstock and through industrial heat.

Falling equipment costs, the availability of cheap renewable power, strong government supports (especially in countries around the North Sea) for promoting hydrogen and existing large-scale demand for grey hydrogen, are driving current momentum across Europe but many large-scale projects remain in the planning or construction phase, with the 6MW at Austria’s H2Future remaining as the world’s largest green hydrogen facility.

Monaghan reemphasises that in many of the projects either operational or in construction across Europe, the demand is coming from industrial sectors, where there is an existing usage of grey hydrogen.

The International Energy Agency recently studied the prospects for hydrogen in north-western Europe, focusing on Ireland’s seven neighbouring countries. The study estimated consumption of a combined 6.3 million tonnes per year of hydrogen, almost all from natural gas and it is expected that green hydrogen will replace a large portion of this between 2025-2030.

By comparison, Ireland currently consumes only 2,000 tonnes per year, roughly equivalent to full-year production from a 12MW electrolyser.

“We are seeing a lot of development of hydrogen supply projects in Ireland but we are not seeing huge developments in hydrogen demand,” states Monaghan. “That is starting to change slightly, particularly in the transportation sector, with recent Bus Éireann and Dublin Bus fuel cell bus trials, but we do not currently have that base of industrial use of hydrogen that other EU countries are relying on. Our roadmap is going to need to be different.”

Posing the question as to how Ireland can increase the demand for hydrogen, Monaghan points to an initial need for this to be stimulated by government. Highlighting evidence of the formation of a ‘chicken and egg’ scenario, whereby supply projects will start to experience delays in getting off the ground without the availability of off-takers, Monaghan suggests a number of possibilities which could change this.

“We do not currently have that base of industrial use of hydrogen that other EU countries are relying on. Our roadmap is going to need to be different.”

The first is the co-funding for trial and purchase of hydrogen buses, trains and trucks, given the likelihood that transport is going to the Ireland’s first major mover in relation to green hydrogen adoption. Secondly, the academic says that co-funding for the deployment of hydrogen filling stations for these vehicles has been recognised as highly successful in Switzerland, especially in relation to HGVs, and such a model could be mirrored in Ireland.

A further enabler, and one which has been adopted by the UK, is incentivising or co-funding of hydrogen hubs and valleys, clustering suppliers and users to reduce risk and driving economies of scale in the hydrogen value chain. Another approach in the UK, which could be transferable, is the inclusion of hydrogen in renewable transport fuel supports.

Away from transport, Monaghan believes that future hydrogen development could benefit from a detailed analysis on the full system costs and emissions saving of heat decarbonisation in the built environment, with a pointed question of ‘what is the role of hydrogen in the residential gas grid?’.

The Government has committed to the role out of some 600,000 heat pumps by 2030 but as Monaghan points out, it is not yet clear what role the gas grid, potentially carrying hydrogen, has in this. The question of residential heating matters more in Ireland due to that sector’s outsized importance relative to other countries.

“In its sixth Carbon Budget, the UK Climate Change Committee has found that the most cost-effective full decarbonisation route for residential heating is predominantly via heat pumps, but with an appreciable amount of hydrogen. This hydrogen provides the heating system with storage capacity that is harder to achieve to in all-electric scenario. Such an assessment has yet to be done in Ireland but I believe there are some important findings to be made,” he says.

Concluding: “If we base our heat policy on completely pushing hydrogen to the side, we create the potential for a lot of inflexibility to be built into our energy system.”

Monaghan is a co-leader of a recently announced three-year collaborative industry-academic project, HyLIGHT, which is seeking to inform a comprehensive plan for hydrogen deployment at scale in Ireland. HyLIGHT is co-funded by a consortium of 25 partner organisations organisations from across the emerging hydrogen value chain and Science Foundation Ireland (SFI) through MaREI, the SFI Research Centre for Energy, Climate and Marine.

Dr Rory Monaghan is the Director of the Energy Systems Engineering Programme at NUI Galway, Energy Research Centre Lead in the NUI Galway Ryan Institute, and a Funded Investigator in MaREI, the SFI Research Centre for Energy Climate and Marine.