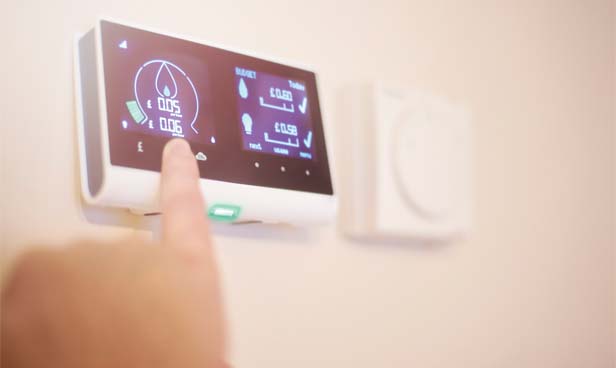 As Ireland progresses in its pursuit of a 34.1 per cent renewable energy goal by 2030 in order to contribute to the EU’s goal of 32 per cent by 2030, the SEAI illustrates the state of cooling and heating in the country, and the potential for efficiency in this area.

In the residential sector, heating is supplied by solid fuels, oil, gas, or electricity. Final energy consumption for 2019 shows oil (16.04 TWh) to have been the dominant fuel in Irish homes, with electricity (1.11 TWh) the least used. Gas boilers (2.51 TWh) represented the most used option in the commercial sector, with electric heating (1.88 TWh) and oil boilers (1.49 TWh) behind.

In terms of cooling, energy consumption is split across industry, agriculture, commercial, and public sectors, as there is no measurable cooling demand for the residential sector given that no cooling degree days requiring active cooling have been recorded in Ireland in recent years. Data centres are also included in the stats, with cooling demand figure for the centres “based on the assumption that one kWh of electricity consumption generates one kWh of waste heat within data centres, hence the annual data centre cooling demand is modelled to be equal to the annual data centre electricity consumption”. This approach “assumes that the heat gains from the environment (e.g., from incoming solar radiation) are negligible compared to the waste heat generated within data centres” and also “assumes negligible passive cooling, which in reality will likely be used to meet a significant amount of the cooling demand”.

With demands from new builds included, the SEAI’s heating demand forecasts show no sign of lessening demand between 2020 and 2050, even during its decarbonisation scenario of forecasting, with every year projected to be between 40 and 50 TWh over the 30-year stretch. Heating fuel final consumption forecasts in the decarbonisation scenario to 2050 (not including new builds) show levels dropping from 50 TWh in 2020 to just over 30 TWh in 2050. 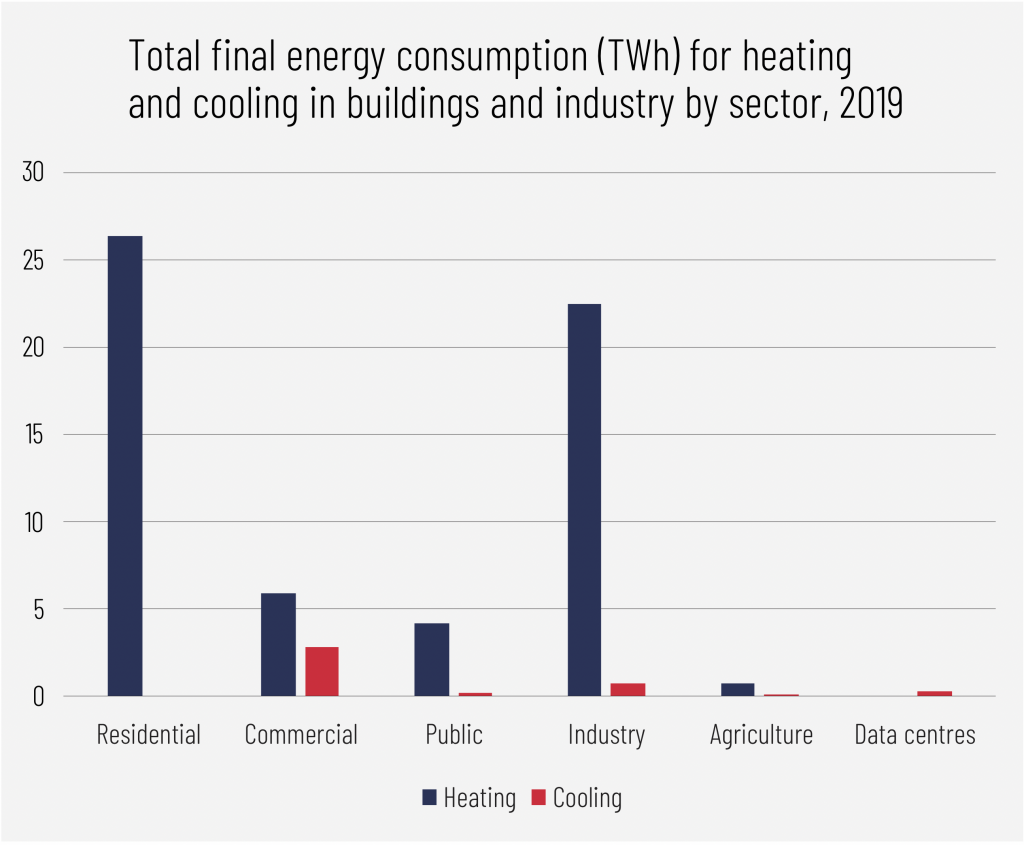 In October 2020, the European Commission’s climate ambition was raised to a 55 per cent cut in emissions by 2030, envisioning climate neutrality by 2050. The 2020 Programme for Government commits to an average 7 per cent per year reduction in overall greenhouse gas emissions from 2021 to 2030, which will result in a 51 per cent reduction over the decade if successful, and to achieving net zero emissions by 2050. In 2021, the Climate Action and Low Carbon Development (Amendment) Act 2021 established a national climate objective, committing Ireland to a “climate resilient, biodiversity rich, environmentally sustainable and climate neutral economy” by 2050.

To achieve this goal, the heating and cooling sector of energy has seven major objectives and targets broadly aimed at decarbonisation, energy efficiency and energy security, as they are included in the National Energy and Climate Plan: the retrofitting of 500,000 residential hoes to a B2 Building Energy Rating (BER) or “cost optimal” by 2030; the installation of 600,000 heat pumps in the residential sector from 2021-2030; all public sector buildings are to have a B BER or carbon equivalent by 2030; one-third of all commercial buildings are to have a B BER or carbon equivalent by 2030; an additional 1,600 GWh of renewable heat will be generated via the Support Scheme for Renewable Heat, heat pump grants and the EXEED programme; 1.6 TWh of indigenous biomethane will be generated by 2030; and additional district heating of 0.12 TWh will grow linearly from 2023-2028 through the development of a national policy framework for district heating.