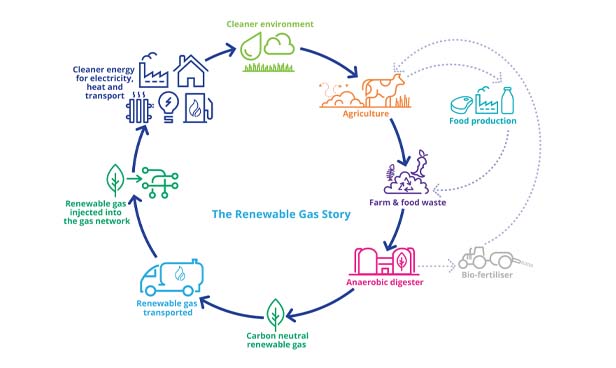 The national gas network is the cornerstone of Ireland’s energy system, safely and securely powering 31 per cent of Ireland’s primary energy needs, including 40 per cent of the country’s heating and 52 per cent of its electricity generation in 2020.

When the wind doesn’t blow and the sun doesn’t shine, the national gas network is there to ensure the lights stay on and our devices are powered. At times, gas supplied as much as 85 per cent of the country’s electricity, with essential services and health facilities relying on the security of gas-generated electricity.

Gas is also particularly important for many Irish industries, delivering the high intensity heat that many processes require. Businesses know they can depend on the gas network’s reliability and flexibility.

With significantly less CO2 than coal and oil, natural gas has played an important role in reducing Ireland’s energy emissions since the 1970s, and gas will continue to play an integral role in the country’s transition to a low carbon economy.

However, while natural gas is the cleanest conventional fuel, Ireland must transition to more sustainable alternatives to meet its climate action targets.

With more than 706,000 customers and growing, Gas Networks Ireland’s ambition is for a net-zero carbon gas network by 2050 and to support emissions reductions across every sector of the Irish economy, in the least cost, least disruptive, safe and secure manner.

Ireland’s €2.7 billion, 14,617km national gas network is considered one of the safest and most modern renewables-ready gas networks in the world. New technologies, such as compressed natural gas (CNG), and renewable gases such as biomethane and hydrogen, can all play a part in helping decarbonise Ireland’s economy. Gas Networks Ireland is working to make this possible.

Transitioning to a clean energy economy by 2050 requires a balance between sustainability, security and affordability. Leveraging existing energy assets and capabilities will enable Ireland to reach its targets more effectively.

Gas Networks Ireland’s vision is for Ireland to replace natural gas with renewable gases, such as biomethane and hydrogen, to substantially reduce the country’s carbon emissions while complementing intermittent renewable electricity and ensuring a secure energy supply.

By delivering a net-zero carbon gas network by 2050, Ireland can reduce emissions across a number of key sectors, including those that are traditionally difficult to decarbonise, such as transport, agriculture, industry, heating and power generation.

The national gas network is ready to play its role a delivering a cleaner energy future.

A carbon-neutral renewable gas made from farm and food waste through a process known as anaerobic digestion, biomethane can seamlessly replace natural gas on the network today and is fully compatible with existing appliances, technologies and vehicles.

In countries around Europe, including the UK, Italy, France and Germany, biomethane is playing an important role in decarbonising sectors such as heat and transport. The European Commission identified Ireland as having the greatest potential per capita for the deployment of biomethane.

Within both the EU’s Farm to Fork Strategy and Irish agri-food industry, the development of biomethane and the production of a nutrient rich bio-fertiliser digestate, which is a by-product of anaerobic digestion, is seen as a key element in decarbonising agriculture.

Gas Networks Ireland introduced domestically produced biomethane into the national network in 2019, via the country’s first dedicated renewable gas injection point in Cush, County Kildare. A second renewable gas injection facility in Mitchelstown was recently approved by Cork County Council. Together they have the capacity to heat 75,000 homes, while also supporting the decarbonisation of local agriculture.

A domestic biomethane industry would also provide significant opportunities for local communities from the sale of biomethane, feedstock used to produce the renewable gas, and a bio-fertiliser that is a by-product of the process, and facilitate sustainable circular economies, with businesses powering their operations via renewable gas made from their own waste.

Hydrogen: The renewable gas of the future

Hydrogen is a carbon free, flammable gas, which can be made from renewable electricity, such as offshore wind, and stored until needed, making it an attractive option to decarbonise Ireland’s energy system while also enhancing energy security and diversity.

Converting renewable electricity into hydrogen is a strong example of how greater integration between Ireland’s gas and electricity networks can support a low carbon economy.

Hydrogen is a critical component of the European ‘Green Deal’ and is recognised by the European Commission as offering “a solution to decarbonise industrial processes and economic sectors where reducing carbon emissions is both urgent and hard to achieve”.

While there is currently no hydrogen on Ireland’s gas network, blends of up to 20 per cent could be transported in Ireland’s existing infrastructure with natural gas and biomethane, and used in existing appliances, technology and vehicles, with minimal disruption and upfront cost to customers. Transporting pure 100 per cent hydrogen would require some modifications.

To ensure that the existing gas network is capable of safely transporting and storing hydrogen, Gas Networks Ireland is developing a Hydrogen Innovation Centre in West Dublin which will allow pipelines, meters and appliances to be tested for use with a variety of blends up to and including 100 per cent hydrogen.

Transport currently accounts for 42 per cent of Ireland’s energy use, making it the country’s largest source of energy demand, and one of the most difficult sectors to decarbonise. In particular, heavy goods vehicles (HGVs) and buses generate 30 per cent of road transport emissions despite accounting for just 4 per cent of vehicles on Irish roads.

Studies show that switching from diesel to CNG can reduce well-to-wheel CO2 emissions by up to 23 per cent compared to diesel (CENEX, 2019) and nitrous oxide (NOx) by up to 50 per cent (UK Department of Transport, 2018).

Furthermore, as biomethane and hydrogen blends are compatible with existing CNG vehicles, as the volume of renewable gas on the network increases, vehicles refuelling from the national gas network will increasingly reduce their carbon footprint without changing a thing. Hauliers wanting to achieve complete carbon neutrality sooner will also be able to purchase certified renewable gas for their fleet, and the extension of the existing Biofuel Obligation Scheme to include CNG will also drive reductions in transport emissions.

A proven, affordable and reliable alternative to diesel, Ireland’s CNG vehicle numbers grew more than 50 per cent in 2020 as the number worldwide surpassed 28 million — two million in Europe.

Gas Networks Ireland is developing a national CNG refuelling network in partnership with Ireland’s forecourt operators and hauliers. There are currently three private stations and four public stations in operation along prominent haulier routes around Dublin, Limerick and Tipperary, with another under construction in Cavan and a further eight in planning and development around the country. 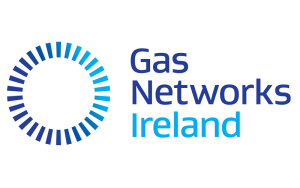