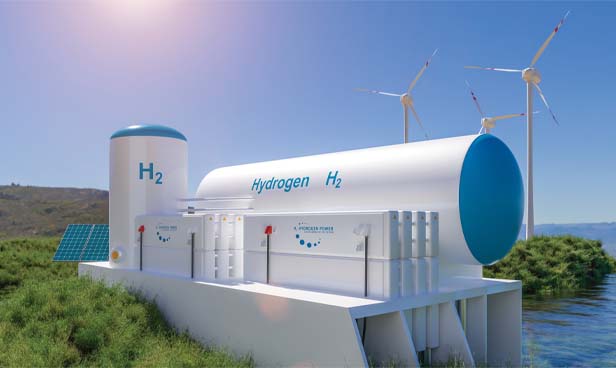 Ireland has set an ambitious target that 70 per cent of all electricity required in the country is to be provided from renewable sources by 2030. The move towards renewable electricity comes at a time when the demand for electricity is set to rise, as a result of the electrification of heat and transport and the emergence of Ireland as an attractive location for data centres targeting a global market. There was strong interest from renewables developers in last year’s RESS auctions and the draft Maritime Area Planning Bill paves the way for an offshore wind industry of scale, so there are many indicators to suggest Ireland is making progress towards this target.

The primary policy objective of this renewable target is the decarbonisation of Ireland’s power generation industry in line with the country’s climate change mitigation programme, though renewable energy has other environmental benefits over thermal generation such as coal, which emits a range of harmful pollutants such as NOX and SO2 into the atmosphere. Since renewable generators are not dependent on fuel they also provide a measure of energy security for a country that does not have significant fossil fuel reserves.

Despite the many benefits of renewable energy, the predominant technologies (solar and wind) are dependent upon the prevailing weather, and their output, while increasingly predictable, is not constant. Before the end of the decade, offshore wind projects are expected to reach load factors of 50 per cent, but that still leaves a 50 per cent shortfall. The output of wind and solar generation in Ireland is negatively correlated so the portfolio effect of combining these technologies mitigates some of the inherent variability; this alone is insufficient to meet the needs of customers that have come to expect uninterrupted access to power, as and when they require it.

‘Dunkelflaute’ is a composite word in the German tradition, stemming from ‘dunkelheit’ (darkness) and ‘windflaute’ (calm wind), referring to sustained periods where the weather is both calm and dark. During hours of low solar and wind, the system’s demand is met primarily through the combustion of natural gas and coal. Ultimately, Ireland has a target to be net zero in terms of greenhouse gas emissions by 2050 and this will inevitably mean a fully decarbonised power system. The stability of the system as it is currently configured cannot rely upon wind and solar alone and while there is widespread support for the 70 per cent renewable electricity targets (and rightly so), there is an emerging discussion regarding both the decarbonised technologies and policies required to bridge the gap.

Lithium-Ion battery (also seen in mobile phones and electric cars) is the most commonly deployed energy storage technology on power systems today. Bloomberg Green report that 3,500MW were deployed by utilities across the globe in 2020 and that figure is expected to treble by 2023. Growth in battery demand is a consequence of falling costs and the system’s increasing need for energy sources that can be called upon at short notice. Typically, these installations hold a store of energy that can last for 0.5 to four hours; this makes them highly effective at smoothing within-day variations, but insufficient to meet the requirements of a Dunkelflaute event.

The search for low cost and long duration batteries is well underway. Form-Energy is a venture-backed research company based in Boston that has developed what they refer to as an ‘iron-air’ battery system, optimised to store power for up to five-days at relatively low cost. While developments such as this are promising, they have yet to reach commercial viability, so the application of batteries is likely to remain limited to short-term balancing for the next decade or so at least.

The term ‘green hydrogen’ refers to the production of H2 through the electrolysis of water which is powered by renewable energy. Green hydrogen is gaining traction in the UK and across Europe as an energy vector with the potential to displace natural gas in conventional applications. Green hydrogen is increasingly seen as a means to generate high temperature heat for large industrial processes, hence significant research is being carried out in countries with large manufacturing bases. There are already demonstration projects being developed using modified gas engines designed to run on hydrogen. In the near-term, cost is likely to be a barrier. Research carried out by MaREI as part of the EirWind project estimated that production costs of €150/MWh are possible for a large-scale electrolyser coupled with a windfarm, which is approximately three times the current cost of natural gas (140p/therm).

Carbon Capture and Underground Storage (CCUS) is the process of combusting a fossil fuel and gathering the associated GHG emissions before they enter the atmosphere. The captured emissions are then pumped into an underground location. This technology has been researched for a number of years but there is a shortage of precedent projects. The Northern Lights is a carbon capture and storage project off the coast of Norway backed by Equinor, Shell, and Total and it is projected to be capable of accepting 1.5 million tonnes of CO2 per annum.

Figures shared by the project sponsors indicate that a storage cost in excess of $80/tonne could be required to make the project viable. The International Energy Agency has estimated that the cost of capturing CO2 could range from $40-80/tonne in power generation applications. The combined costs suggest that commercial viability for decarbonised power through CCUS would require carbon prices in excess of €100-135/tonne, which is certainly higher than the current €60/tonne prices seen today, though not unimaginable.

A somewhat more familiar, though radical, technology option is nuclear. The French power system has a significant installed base of nuclear generation. This is the reason that despite renewables providing only 20 per cent of electricity, the carbon intensity of the power grid is approximately one-sixth of the carbon intensity of the Irish system. Despite much promise however, nuclear power has not seen any appreciable reduction in costs over recent decades and safety concerns linger.

Hinkley C, the first new nuclear project to be commissioned in the UK in decades, will receive a government- guaranteed price of £106/MWh for 25-years. The UK Government concluded that the contract represented good value, although it should not automatically be assumed that the costs would be the same in an Irish context, where this price would be expensive but not outlandish.

Nuclear plants, however, require economies of scale and a 3.6GW project (such as Hinkley C), while providing helpful generation capacity would pose a significant single-point-of-failure risk to the Irish system if it were required to shut down at short notice. Furthermore, Ireland currently lacks the institutional infrastructure necessary to oversee the safe operation of such an industry and the costs of creating this would be significant. That said, while it is far from certain that nuclear is the best option for decarbonising Ireland’s power supply, it is worthy of debate and being included in the range of options being considered to support Ireland’s response to the climate challenge.

While there are many uncertainties regarding the optimal technology mix to counter-balance the inherent variability of renewable energy, the picture is becoming clearer in other respects. The cost to the system of providing power, particularly carbon-free power at times when renewables are unavailable, is going to be significantly more expensive. While the wholesale electricity market price may reflect this cost, this is only a portion of the overall cost paid by both residential and commercial customers. There is significant scope to reshape other charges (such as capacity charges) to better reflect the true costs. Furthermore, an emerging category of load (hydrogen electrolysers, electric cars and heat pumps) is exceptionally well-suited to responding intelligently to price signals. Transmission and distribution charges, as currently configured, give very limited scarcity signals—reform of these mechanisms and a move towards a more dynamic model would ultimately lower the cost for all consumers, particularly as grid capacity becomes strained.

There is a chance for Ireland to develop an integrated energy policy that seeks to accelerate the journey towards a fully decarbonised power supply, not just the periods when renewable power is available. Full and rapid decarbonisation is fully consistent with a 70 per cent renewable energy target by 2030 and critically, it is consistent with continued economic development and not a reductive choice between growth and the environment. Planning the full decarbonisation of the power system needs careful consideration of all options, but the ultimate prize is an energy system that is both exemplary from an environmental perspective and attractive to the economic activity that can underpin future growth. 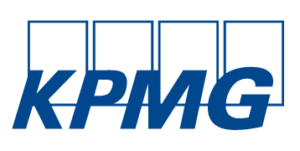