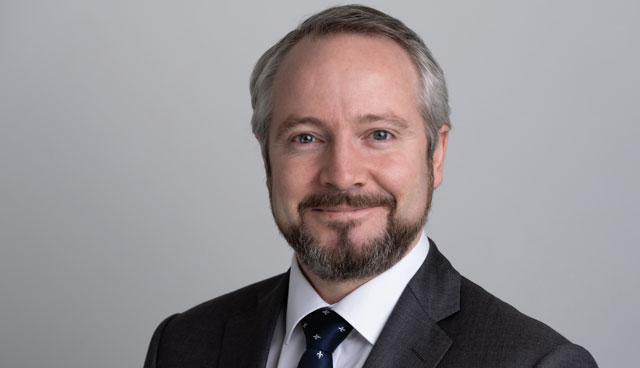 Having joined the Commission in October 2019, Gannon describes an early observation of the “ambition” within the staff at the regulator to facilitate catalyse our transition to a secure, low carbon future.

Given the pace of change required over the coming decade a further area of focus, he states, is an ongoing movement within the regulator towards greater openness and dialogue with stakeholder, during the development of regulatory policies which he notes is exemplified in some ongoing and recent projects.

“If you consider the approach taken to the roll-out of smart metering and smart services, the level of collaboration with industry, including the network operator, suppliers and other stakeholder bodies, has been significant, unprecedented and has delivered enormous value to the process,” he states. “The early identification of new value that can be unlocked by smart meters for the energy market, networks and consumers, alongside an open dialogue relating to the risks that challenge roll-out and adoption of smart services has highlighted the benefit of collective effort between both the Regulator and key stakeholders.”

This increased level of dialogue, Gannon explains, has also been a critical factor in the development of the Enduring Connection Policy – Stage 2 (ECP-2) Decision (CRU/20/060), informed by a much higher degree of consultation with industry.

“The typical consultation process that would have been traditionally engaged in was supplemented by a range of workshops and interactions with representative groups. This allowed the team identify both opportunities and risks earlier in the policy development process, and also to set expectation within industry as to the general direction being taken on key aspects of the policy. In the consultation responses that we ultimately received back, it was clear that the level of challenge and request for change was lower, perhaps, than would have been the case had that level of dialogue not been engaged in,” he explains.

“This type of engagement is going to become even more critical as we look to some of the changes that are likely to take place in the coming years.”

Addressing some of those recognisable changes, the Commissioner describes an “inevitability” regarding the transition, which he highlights is now benefitting from a much clearer ambition being set by both European and national policy, which is now being matched by the private sector who will invest in, and deliver, the required infrastructure. He also states that the narrative is now changing within Ireland where renewable energy is no longer being seen as a necessity which will enable us to meet targets imposed, but is now being recognized as an abundant natural resource which can deliver national wealth.

On large scale infrastructure he points to cost curves which have changed significantly in the past decade in offshore wind, onshore wind, solar and battery storage. He also notes the importance of further developments in interconnection technologies and hybrid (offshore wind/interconnection) projects given the scale of the Irish market and the types and scale of resources that we are seeking to harness in the coming decades. Alongside investment in generation, we need to ensure that that power generated finds a market, and that the Irish consumer, market and grid are protected from undue cost or risk as we reach our ambitions.

As our generation portfolio evolves in the coming years, the traditional value chain of generation, supply and demand will change dramatically. The way that the market and market participants (generation, supply and consumers) place a value the energy service being provided, and how this is charged for, will need to keep pace with these developments. Early and open dialogue on some of these questions will ensure that appropriate signals are set for the investment we need.

“What interests me is how the role of aggregators can evolve, and what level of service they can provide to active consumers, the network, and the stability of our system.”

On small scale technology, Gannon believes that this is a key pillar to unlocking consumer support for larger scale investment, while also providing value to the market. Facilitated by smart metering and smart services, the types of business models emerging in the market, and the value those businesses are seeking to capture, are likely to differ significantly to what existed five years ago. They will also allow the consumer to participate in a variety of ways including through microgeneration; the provision of flexibility through the use of small-scale batteries or EV batteries; or simply providing the consumer with the market signals that allow them to shift their consumption to times of lower cost, with little or no investment required.

On citizen energy communities, Gannon highlights that the Clean Energy Package is open to the definition of membership and activities of communities but notes the Directive’s statement that the primary purpose must be to provide social, economic or environmental benefit to the community,

rather than profit. A priority for the Commission, Gannon states is also the assessment of the future role of aggregators of demand and generation throughout the transition. Acknowledging that aggregators exist currently in the Irish market, he adds: “What interests me is how the role of aggregators can evolve, and what level of service they can provide to active consumers, the network, and the stability of our system. We are also following with interested the propagation of aggregators and are keen to observe whether there will be a high or low concentration of aggregator businesses and what that means for the market.”

Infrastructure Development and Security of Supply

In June 2020, the CRU published the Enduring Connection Policy – Stage 2 (ECP-2) Decision (CRU/20/060), providing for three batches of new generation connection offers to access the electricity network. The move represented an increase in ambition from ECP-1, which saw around 120 projects with a variety of generation types coming through the system.

Gannon notes that a move towards more frequent but smaller batches aims to provide greater delivery than ECP-1 over a given time period and provide opportunity and confidence for those bringing projects forward.

“To our mind, the quality of projects that enter the process is likely to be better if there isn’t a rush towards what it perceived to be their ‘only chance’.

“In parallel to our grid connection process, we are also working with our peer Regulators and developers on a number of interconnector projects. Interconnection will be a key contributor to our future security of supply, and will also contribute to optimizing the value of our renewable energy generation.”

Gannon is clear that the focus must not be on new low carbon solutions alone, however, outlining a clear necessity for Ireland to maintain a prudent level of gas-fired generation during our transition, in order to ensure that we have a secure transition and to ensure that the Irish consumer and economy are not exposed to supply risks, during transition period.

He also noted that Ireland’s existing gas infrastructure is a “national asset” and one from which significant value may be driven. “A discussion on the future role of gas would be more beneficial if we discuss the future role of gases,” he states. There may be pathways whereby Ireland can use the existing gas infrastructure, or elements thereof, in order to both support and play an enduring part in our low carbon future.”

Concluding, Gannon says: “The fundamental policy drivers at European and national level are aligning and supporting a rapid transition, and are matched by private sector appetite for green investment. Through strong communication, and a fair allocation of opportunity, value and risk, there is no reason we should not be able to bring the Irish consumer on this journey as an active and ambitious partner. As a result, we need agile and responsive regulation for a secure and economic low carbon transition. The CRU is committed to facilitating this change and we will continue to engage with industry and all stakeholders as we plot our pathways over the coming decade.”