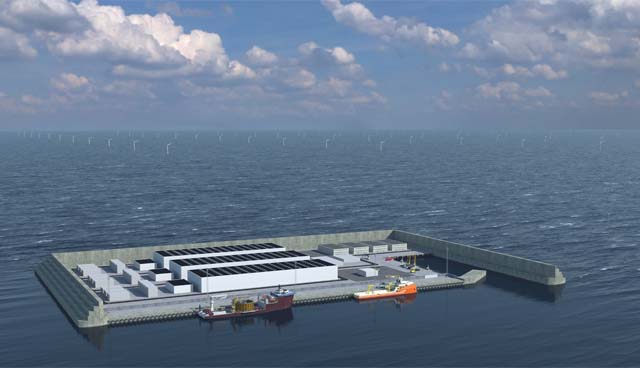 Denmark’s offshore wind legacy is well established. Now, undertaking the largest construction project in its history, with a projected cost of €28 billion, the Scandinavian country is seeking to at least quadruple its offshore wind capacity.

Denmark’s Climate Act 2020 commits to an ambition of reducing Denmark’s greenhouse gas emissions by 70 per cent by 2030 when compared with 1990, and CO2 neutrality by 2050. In late 2020, it also announced that it was ending all new North Sea oil and gas exploration.

On 22 June 2020, agreement on the establishment of two energy islands was reached under the Danish Climate Agreement for Energy and Industry 2020. With cross-party consensus, the agreement was reach between the Danish Government, the Liberal Party, Danish People’s Party, Social Liberal Party, Socialist People’s Party, the Red-Green Alliance, Conservative Party, Liberal Alliance, and the Alternative. The same parties also reached agreement in February 2021 that the energy island in the North Sea would be artificially constructed and that the Danish State would be a majority owner with one or several private sector partners.

Branded as “green power plants at sea”, the energy islands will enable offshore wind turbines to be located further from the Danish coast and distribute power more efficiently between several neighbouring countries.

While offshore wind farms will connect with electrotechnical facilities – to enable the collection and distribution of energy – on each island, they will not be identical. The Baltic Sea energy island will be established on Bornholm, meaning that the electrotechnical equipment will be located on land. Meanwhile, in the North Sea, an artificial island will be constructed.

Already comprising over 400 named islands, Denmark is proposing the construction of a new 120,000m2 artificial island. Located in the North Sea, between 80 and 100km west of Thorsminde, Jutland, the artificial island will be home to electrotechnical facilities to route electricity from the surrounding windfarms into the electricity grid for the first 3GW of offshore wind. There is also potential for service facilities and a harbour.

While its exact size is yet to be determined, the North Sea island is expected to have a footprint of between 120,000 and 460,000m2. As well as being established further out at sea, up to 600 wind turbines (200 initially) in the surrounding wind farms are anticipated to stand up to 260m tall; much larger than existing turbines.

The size and design of the island will be determined by the Danish State as majority (at least 50.1 per cent) owner of the island in partnership with private sector actors.

With initial capacity of 3GW, corresponding with the electricity consumption of three million households (twice the capacity of all existing Danish offshore wind turbines combined and half of Denmark’s total electricity consumption), further electrification of Denmark and neighbouring countries could be facilitated by phased expansion to 10GW (10 million homes). Detail within the political agreement around the islands also includes ambitions for power-to-x, as well as utility-scale battery storage technology for surplus electricity when supply exceeds demand.

Simultaneously, electrotechnical equipment will be also housed on the natural island of Bornholm in the Baltic Sea. Offshore wind farms will be established 20km south-southwest of Bornholm and electricity generated routed to grids on Zealand and neighbouring countries. These wind farms will have a capacity of 2GW, corresponding with the electricity consumption of two million households. 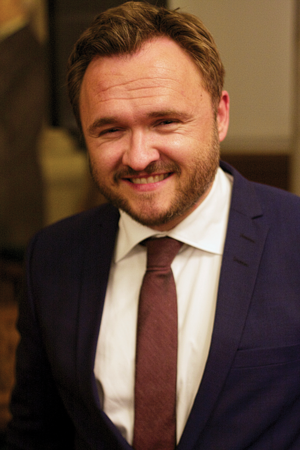 “The energy islands supply the green electricity, which is the prerequisite for the climate-neutral Denmark and Europe of the future.”

In relation to the tendering process, the Danish Energy Authority anticipates that the winning bid will be announced in early 2023. Meanwhile, Energinet, the Danish transmission system operator (TSO), has tasked Fugro and MMT with conducting geophysical studies of the sea bed for the North Sea island. These surveys are expected to be completed by September 2022. Furthermore, Fugro has been awarded another contract for cable route surveys, while Intertek has been commission to undertake additional analysis.

In the Baltic Sea, Energinet has tasked Ramboll engineering consultancy with conducting environmental studies for the energy island until 2024. In a recent development, the Danish Energy Authority has instructed Energinet expand the area of consideration and examine the possibility of increasing capacity to 3GW.

Speaking on his country’s strides towards establishing the world’s first energy islands, Minister for Climate Dan Jørgensen MF remarked: “We are now entering a new era in the Danish wind adventure… The energy islands will help to increase the amount of renewable energy significantly, and at the same time we will make it possible to transform the green power into fuels for heavy transport both on land, at sea and in the air. In other words, the energy islands supply the green electricity, which is the prerequisite for the climate-neutral Denmark and Europe of the future.”

It is intended that the Danish energy island project will act as a blueprint for other nations seeking to undertake such action.