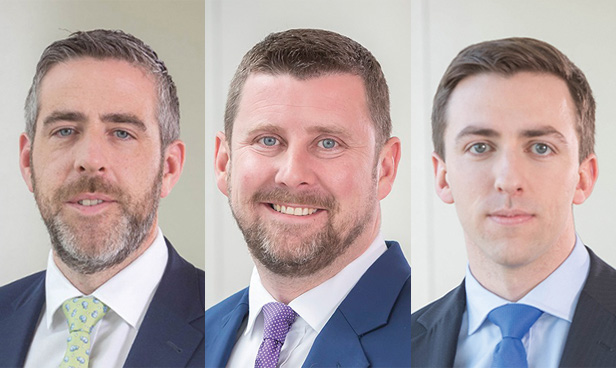 Corporates typically enter into Corporate PPAs to meet their sustainability targets, help renewable projects get built and to hedge their electricity price exposure by paying a fixed price for electricity.

The number of Corporate PPAs being signed in the Irish market has increased steadily in recent years and the Matheson team have worked on all but one of the Corporate PPA transactions in Ireland to date covering physical, financial and sleeved Corporate PPA arrangements.

The Irish Government’s Climate Action Plan has set a target of 15% of all electricity demand being met by renewable generators contracted under Corporate PPAs by 2030 which means that these type of arrangements should increase significantly in the coming years.

We have listed below four current trends which we expect will have a significant impact on the Irish Corporate PPA market going forward.

With the average ‘strike price’ for the first RESS auction (RESS-1) coming in at €74.08/MWh, it may be difficult for Corporate PPAs to ‘compete’ against RESS for projects.

However, Corporate PPA deals have continued to be agreed in the Irish market since the RESS-1 results were announced and so it is possible that both Corporate PPAs and RESS can co-exist without too much friction. Future RESS auctions may also clear at a lower price making Corporate PPAs more competitive on price. The SEAI commissioned a study in 2020 to identify ways to promote the uptake in Corporate PPAs thereby minimising the PSO Levy on consumers due to upcoming RESS schemes. We await the results of this study with interest.

A common issue when it comes to Corporate PPAs is that it can be difficult to ‘match up’ renewable generators and corporate consumers. Even when renewable generators and corporate consumers do manage to connect with each other, the complexity of the deal, acceptable risk allocation, differing objectives and a lack of standardised documents can often result in protracted and costly negotiations.

It is not surprising then to see the recent growth of PPA ‘marketplaces’. The goal of these marketplaces is generally to help ‘match up’ renewable generators and corporate consumers and to provide them with a structured framework to reach a successful deal.

We expect that these ‘marketplaces’ will develop in the Irish market through the entry of existing global players (e.g. LevelTen, Renewable Exchange and Zeigo) and the development of new domestic players (e.g. Voltclub).

The global Corporate PPA market has traditionally been dominated by large tech, pharma and industrial customers. These large corporate buyers typically have energy demand that stacks up against commercial-scale renewable generation and balance sheets or credit support in place to mitigate credit risk concerns.

However, green energy procurement and electricity price hedging are increasing areas of interest for smaller customers. While these smaller customers can sometimes find relatively small-scale projects that match their demand profile, they are increasingly banding together (or aggregating) to increase their purchase power and to unlock access to renewable projects that would not be achievable acting individually. Alternatively, smaller purchasers can ‘piggy back’ on larger deals agreed with traditional corporate buyers to take a small share of the renewable energy generated.

Aggregated PPAs have their complications – in particular, how buyer credit risk is managed and the dynamic of multi-party contracts and negotiations – but they are likely to play a key role in the growth of Corporate PPAs in Ireland.

In a traditional PPA structure, the buyer purchases the power generated by a renewable energy project. If that project’s output is reduced (e.g. due to system constraints) then the buyer will only be able to purchase that reduced output. Availability guarantees are typically included to protect the buyer from projects that perform poorly, but these do not always offer full protection for buyers negotiated carve-outs from the availability guarantee.

A ‘Proxy Generation’ PPA involves the buyer purchasing the power that ‘should have’ been delivered by the renewable energy project if it was operating at optimal conditions, regardless of whether or not such power was in fact so delivered.

If using a Proxy Generation PPA, the buyer’s key residual risks are weather risk (e.g. low wind) and market risk. To further de-risk the transaction, the buyer can look to insure again these risks.

It remains to be seen how widespread Proxy Generation PPAs will become in Ireland and any use of this structure will likely be driven by corporate buyers looking to replicate similar deals achieved elsewhere globally.