Calor place sustainability at the heart of customer solutions 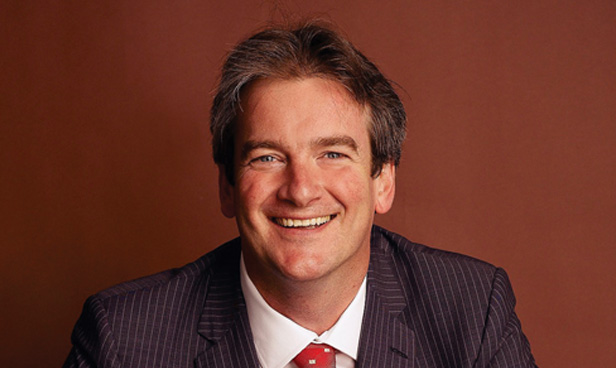 With the Department for the Economy in Northern Ireland working on a new 10-year energy strategy, expected mid-2021, that will essentially set out green energy targets to be achieved by 2050, you could be forgiven for thinking that natural gas network operator and supplier firmus energy has been adopting a ‘wait and see’ approach.

Absolutely not, says Michael Scott, Managing Director of the company, who is quick to point out that despite the set-backs that the Coronavirus pandemic has brought to business over the past year, the company has never been busier building out its network and connecting new households and businesses to its natural gas infrastructure.

“There are fewer businesses so strategically positioned to help Northern Ireland decarbonise. It’s an exciting time to be in the sector,” he says. “The Northern Ireland Executive’s ambitions are clear in terms of reducing C02 emissions and decarbonisation and natural gas has a pivotal role to play. We are primed to harness the opportunity.”

There’s no denying that firmus energy has invested heavily in its natural gas network since it was granted a licence in 2005 to develop a new natural gas network outside the Greater Belfast area. To date over £140 million has been invested over the 15-year period. Today, it has over 1,700 km of strategically placed pipework from L’Derry in the North West, to Ballymena and from Antrim to Newry, along the South North pipeline, currently adding over 150km of gas mains annually.

Importantly this network is constructed from new Polyethylene (PE) pipework, which means that it is suitable to accept biomethane and hydrogen unlike other parts of GB and the Republic of Ireland which still have unsuitable cast iron mains.

Scott continues: “Because our network is entirely PE, it can be harnessed, adapted and optimised to help Northern Ireland reach its sustainability goals. In fact the company is already gearing up for the change. At the end of 2020 we made a number of strategic management appointments creating a Director of Engineering and Sustainability as well as adding a Sustainability Manager to our team. Both will be tasked with delivering on the company’s sustainability ambitions with a particular focus on introducing hydrogen and bio-methane, along with other emerging technologies, into the company’s gas network.

By the end of 2022, 550,000 Northern Ireland properties will have access to the network and 320,000 of those will be connected. Connecting the remaining 230,000 would deliver 1.7 million tonnes in carbon savings each year.

Each household converting from oil to natural gas emits 48% less carbon dioxide into the atmosphere immediately and this remains the primary focus for firmus energy.

But it’s not just the domestic market where ‘green’ dividends can be reaped according to Scott. Industrial, commercial and SME customers consume huge amounts of energy using around 86% of the natural gas volumes consumed across firmus energy’s network.

“We are not only seeing the large commercial players making the move to natural gas but smaller SME’s too in an effort to reduce their carbon footprint, take advantage of cost savings and avail of more efficient technologies. Natural gas is much more convenient too as they are connected to the network so they have an energy source that is always on tap. Another sector in our sights is the transport sector. Making Compressed Natural Gas available for HGVs and buses will effectively decarbonise our HGV transport system,” he says.

So what does the future hold for the company?

“Right now our goal is to convert as many customers from oil to gas. In the medium and longer term we will deliver further decarbonisation and improve sustainability by greening the gas in our network with plans to introduce bio methane and hydrogen.”

Scott explains: “A significant amount of our electricity comes from wind which at some times of the day/week is not required. At present the wind turbines are switched off when there is not sufficient demand or too much wind. The potential use of this spare renewable energy to generate hydrogen from the electrolysis of water offers an exciting opportunity for us. Proposals are being developed to use green hydrogen produced in this way as a zero carbon fuel source and blend it with natural gas. Then down the road we should be able to use it to replace natural gas entirely.

“We also have a growing production in local biomethane. Because of the prevalence of agriculture and food processing in Northern Ireland, there is a rich resource available for the generation of biomethane from food and farm waste. As a result, there is a growing number of local Anaerobic Digester (AD) plants producing renewable gas supplies. We are exploring how we can inject the gas from AD plants into our gas network as it is a renewable form of methane which is main component of natural gas. By using this biomethane, we aim to be able of offer our customers green contracts which give them the opportunity to buy this renewable gas and make their homes and businesses more sustainable.”

Scott concludes: “With our recent management appointments, we now have the right team in place to investigate these opportunities. By mobilising these technologies, firmus energy’s future is very bright and we are looking forward to making the government’s energy ambitions a reality.”