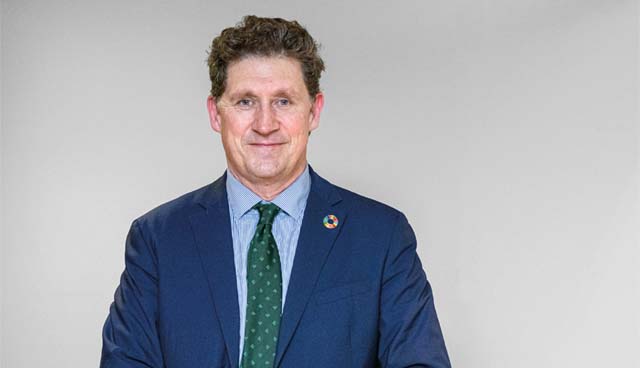 Climate change poses one of the greatest challenges facing the world and our shared future. The need to combat the devastating effects it has on our environment, society and economy is urgent, writes Minister for the Environment, Climate and Communications and Minister for Transport, Eamon Ryan TD.

We are now seeing a significant call to action, especially here in Ireland, to introduce new measures and practical solutions to help combat climate change and transition to a low-carbon, climate-resilient and environmentally sustainable economy.

The Government released a new Climate Action Plan in October 2021, which sets out a course of action to reduce Ireland’s greenhouse gas emissions and make Ireland carbon neutral by 2050. As part of the Plan, the government has committed to increasing our generation of electricity from renewable sources. We need to increase this proportion to up to 80 per cent by 2030 to meet the set targets. To achieve this, we must switch from fossil fuels to renewable energy sources such as wind energy. One of our first milestones is to reach 5GW of offshore renewable energy.

The use of wind turbines to generate electricity in Ireland was first introduced with the commission of first commercial wind farm in Bellacorrick, County Mayo in 1992. Since then, significant progress in technology, policy, and legislation has laid the ground for Ireland to become one of the leading producers of wind energy in Europe. With Ireland’s maritime area seven times the size of its landmass and our location at the edge of the Atlantic Ocean, the potential for offshore wind energy is enormous.

Until recently, much of this offshore capacity was out of our reach as no legislative basis existed to regulate the use of our maritime area outside the 12 nautical mile coastal zone provided for in the Foreshore Act (1933). However, with the enactment of the Marine Area Planning (MAP) Bill last December, we not only have a legislative basis to harness this untapped potential, but also to manage and protect our maritime area. The comprehensive and coherent marine planning regime laid out in the MAP Act also provides clarity to developers on the offshore wind consenting system for developments in our maritime area.

The establishment of a new Maritime Area Consent (MAC) regime is a main feature of the MAP Act and will be a first step in a new and streamlined planning process. Developers assessed for and awarded a MAC can proceed to apply for development permission (planning permission), where they will undergo environmental assessment.

The MAC regime will assess the viability of applicants in key areas, including financial and technical competency, in advance of developers proceeding to environmental studies. The robust assessment of potential offshore developers who apply for a MAC will ensure that only the most viable offshore projects will have the opportunity to apply for development permission from An Bord Pleanála.

As Minister for the Environment, Climate and Communications, I will have the responsibility of inviting MAC applications from an initial batch of offshore renewable energy projects, known as the ‘relevant projects’. The grant of the first MACs this year will represent a significant milestone in realising our ambitious climate targets of 2030 5GW target and a long-term plan of a potential of at least 30GW of floating wind thereafter. 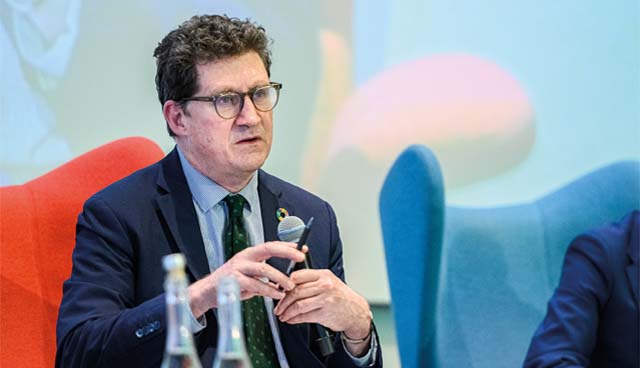 After this first batch of MACs, responsibility will be handed over to a new agency, the Maritime Area Regulatory Authority (MARA). MARA is of the highest priority for Government and is scheduled to be established and operational from 2023.

My department recently ran a public consultation on how the second batch of projects will be selected to enter the new consenting system with the aim of ensuring the most viable projects to be operational by 2030 can enter the new planning system.

Projects granted a MAC will be eligible to enter an auction-based scheme which invites renewable electricity projects to bid for capacity and receive a guaranteed price for the electricity they generate. This is the Renewable Electricity Support Scheme (RESS), and its purpose is to ensure the best price is obtained for the consumer. At least three offshore auctions are planned for this decade, and by holding these auctions periodically, we will be able to take advantage of the latest technologies, potentially generating energy more efficiently at a lower cost. Projects looking for support under the new RESS will need to make Community Benefit Fund contributions at a fixed rate of €2/MWh of energy produced. This will generate significant funds which will be available to benefit coastal communities. My department is currently finalising the terms and conditions which will define how this will work.

Extensive work is being carried out elsewhere to facilitate the sustainable development of offshore renewable energy (ORE) in Ireland. Both EirGrid and the Commission for Regulation of Utilities are implementing actions to ensure the electricity grid can support the planned offshore capacity. The recently published Port Policy Statement sets out a multiport approach to the roll-out of the ORE industry in Ireland and will be instrumental in increasing flexibility, reducing costs and delays and de-risking the construction phase of ORE projects.

The development of the offshore sector will also generate job opportunities in coastal areas and provide supply chain opportunities for local SMEs. Meanwhile, work is proceeding on a new Offshore Renewable Energy Development Plan (OREDP II) to identify areas most suitable for post-2030 deployment of wind, wave, and tidal technologies, while considering the need to protect marine biodiversity.

The establishment of offshore wind in Ireland is a significant undertaking, involving action across many areas of government. Work is well underway to deliver significant benefits not only in the short term, but also in securing our future for generations to come.