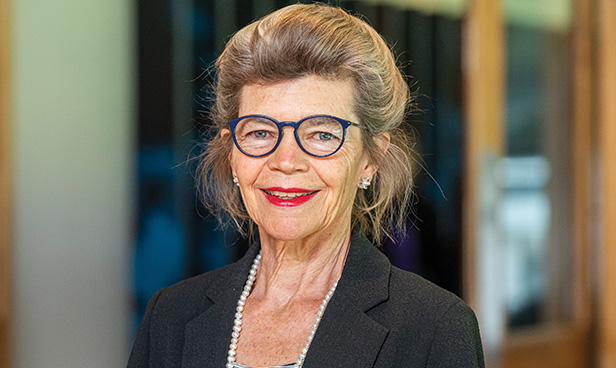 In November 2018, the European Commission presented its long-term vision for a prosperous, modern, competitive and climate-neutral economy by 2050. The strategy has been encompassed in the term: ‘A Clean Planet for All’. Director of Energy Policy for the European Commission’s DG Energy, Megan Richards, outlines plans to achieve this.

The strategy’s aim is to put Europe on a climate neutral footing within the next three decades. The implementation of the new plan will require a commitment from individual EU member states, businesses and members of the general public. In turn, these actions will contribute to economic modernisation and improve the quality of life of Europeans.

The long-term strategy also seeks to ensure that this transition is socially fair and enhances the competitiveness of EU economy and industry on global markets, securing high quality jobs and sustainable growth in Europe, while also helping address other environmental challenges, such as air quality or biodiversity loss.

Richards says that a greener and cleaner Ireland is the end game that everyone wants to see achieved. Referring to the context of where Ireland currently sits from an energy transformation perspective, she confirms that the country has embarked on a long journey, adding: “We shouldn’t be starting from where we are. Ireland must go forward with the proposed clean energy transition plan.”

The Commission representative, who retired on 1 July 2019, gives an overview of what the EU has been doing to meet its climate change targets: “The EU is totally committed to driving forward its COP commitments,” she says. “A total of eight legislative acts have been enacted to meet its 2030 targets. These have been encompassed in the Clean Energy for All Europeans commitment.”

Looking towards 2050, Richards states that regional co-operation within Europe will be an important aspect of energy policy moving forward. She also highlighted the specific issue of energy poverty.

“Every country has some elements of energy poverty,” Richards says. “This challenge must be addressed in ways that are fair to everyone within society. Regions of Europe that are highly dependent on coal must also be given the encouragement to ensure that a full energy transition is achieved.

“There is also tremendous scope for the further development of off-shore wind around our island regions.”

Richards addresses the specific issues which will have a direct bearing on whether or not the EU reaches its 2050 targets. With regard to electricity market design she profiles the need to better integrate renewables.

“We need a more interconnected grid. There will also be a demand response from electricity and energy users. Consumers will have the scope to generate renewables themselves and feeding this energy back into the grid. Smart meters will play a key role in making this happen.”

On the issue of risk preparedness Richards says that new EU and Irish legislation can be expected on this matter. New and updated directives on renewables can also be expected: “New targets to raise ambition in this area will be forthcoming. New governance regulations will ensure that national climate change plans will work together. Overall, we are a bit concerned about the ambition for renewables and energy efficiency moving forward.”

Under the aegis of the Clean Planet for All 2050 strategy an invitation will be sent out to all EU institutions, the national parliaments, business sector, non-governmental organisations, cities and communities, as well as citizens.

They will be asked to participate in ensuring the EU can continue to show leadership and hold other international partners to do the same. This informed debate should allow the EU to adopt and submit an ambitious strategy by early 2020 to the United Nations Framework Convention on Climate Change (UNFCCC), as requested under the Paris COP Agreement.

Richards continues: “We need better research and competitiveness. In many countries, including Ireland, this issue must be better addressed. Increased funding options will be available through Horizon 2020 to make this happen.

“The proposed Horizon Europe programme includes a €15 billion cluster for energy, climate and transport, aimed at boosting key technologies and solutions that underpin EU policies in this field.”

Commenting specifically on Ireland’s Climate Action Plan, Richards says that the EU Commission recognises its potential moving forward, adding: “Helping investors with where to put their money is crucial. Ireland can provide good examples of where these potential investments can be made.

“The final plans will be critical in setting the scene for the future but the targets contained within them must be met.”

According to Richards, the Clean Planet for All strategy is not a legislative proposal: rather it is a strategic vision, supported by a detailed analysis, on how the EU can deliver on the Paris Agreement while enhancing the
co-benefits of emission reductions and transforming its economy for the
21st century. 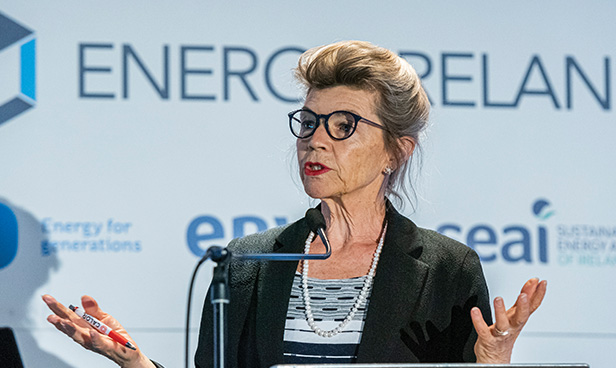 “We need better research and competitiveness. In many countries, including Ireland, this issue must be better addressed. Increased funding options will be available through Horizon 2020 to make this happen.”

The strategy also clearly underlines that a transition towards climate neutrality cannot happen without the mobilisation of important growth-enhancing and supporting policies, such as competition, labour market, skills development, regional cohesion, taxation and other structural policies.

“Securing a net zero carbon status by 2050 must involve everyone,” says the Commission representative. “Reducing greenhouse emissions will be critical as will be the introduction of a circular economy. Carbon capture will also be critical moving forward, as will be the further development of nuclear power options.

“Targets have been set at an EU level but joined up action involving all member states will be required.”

Richards affirms that the next EU Commission will want to look at tax policy. These changes will be designed to further adapt consumer behaviour. “It is envisaged that qualified voting majorities will help secure changes in tax policies that will help drive change behavioural patterns at an individual level,” she says.

“Socially fair environmental taxation and carbon pricing systems will play an important role in steering this transition. Fossil fuel subsidisation is an issue that must be addressed by all EU member states.”

Between 2014 and 2016 approximately €112 billion is estimated to have been allocated annually to the production and consumption of fossil fuels across Europe.

Richards confirms a short-term role for natural gas within the EU’s over-arching plan to decarbonise Europe by 2050: “DG Energy is already working on legislation within the gas sector, very similar in nature to what has been done within the electricity sector,” she says. “The target for this is 2020. The next EU Commission will want to look at the gas sector in great detail. In the short term, natural gas will have a role in decarbonising the economy.

“It can be used as a substitute for coal, which is by far a more polluting fuel source. Low carbon gas is the future. But it will be a question of balancing the role of renewables within this sector,” she concludes.