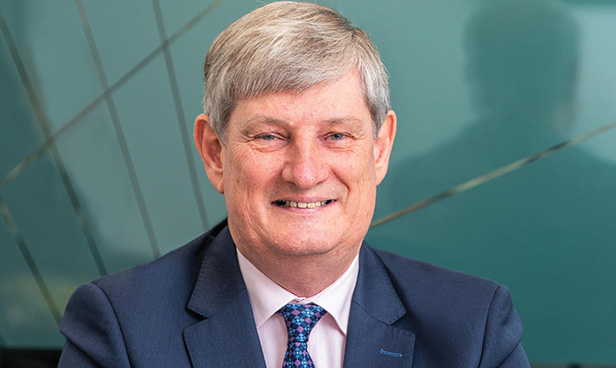 ESB Chief Executive Pat O’Doherty talks to Owen McQuade about how electricity will be central in decarbonising the economy and how renewables will drive that change.

Climate change is now at the top of the political agenda and decarbonising the energy sector is a key facet. Pat O’Doherty, Chief Executive of ESB observes that as part of the climate debate there is now a wider recognition right across Europe of the role electricity can play in the decarbonisation of the economy. “An energy system powered by clean electricity, that includes the electrification of both heat and transport, can bring about a significant decarbonisation of the economy,” he adds.

O’Doherty references a 2018 report from the European electricity industry body, Eurelectric, titled ‘Pathways to 2050’ that showed that “deep electrification”, up to 60 per cent, would bring about the required transformation. “ESB’s strategy is entirely consistent with that and our ambition is to lead that transition through clean electricity,” he adds.

Getting to 70 per cent will be a huge challenge. My own view is that if you don’t have what looks like an unreasonable target you will never get there.”

The ESB chief sees 2019 as a seminal year in Ireland with the launch of the Government’s Climate Action Plan, that puts renewables at the heart of the electricity transformation, with an ambitious target of 70 per cent of electricity from renewable sources by 2030. “That is a very challenging target. We will be 40 per cent by 2020, which was in itself a challenging target but getting to 70 per cent will be a huge challenge. My own view is that if you don’t have what looks like an unreasonable target you will never get there. The 40 per cent target at the time looked very challenging and many said it was unreasonable but we got there.”

ESB’s strategy sees an ‘end-to-end’ transformation of the whole electricity system. Traditionally, production was in large centralised power stations and electricity networks delivered power in one direction, from sources of production to points of consumption. That is all going to change by 2030. “We need to re-imagine a new electricity system. The boundary between producer and consumer will become completely blurred in the future. The role of the network, particularly the distribution network, will be transformed with the customer right at the heart of it. With smart metering and smart energy products the customer will become an active part of the whole system.” The customer’s demand will be a critical part of the overall jigsaw. However, not all customers will be producers or participate in that new set up. In designing a new system, it will not just be about network design but also the design of how the customer will interact with the system.

“With smart metering and smart energy products the customer will become an active part of the whole system.” 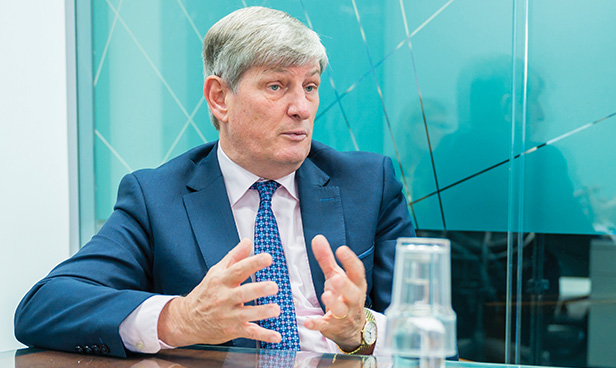 O’Doherty, who is an engineer by profession, sees technology as having a central role in the transformation. In electricity production the technologies will include large scale renewables, including both onshore and offshore wind; solar PV and storage, particularly at the customer level; electrification of heat through heat pumps and electric vehicles for mobility. “That’s the pitch we’re playing on. Digital technology will knit that all together. The electricity world is becoming much more distributed after being centralised for nearly a century. It will now be interconnected digitally with the customer at the centre.”

ESB is already planning for that world now and is developing a couple of innovative projects as part of its network innovation strategy. One of the projects is focused on the Dingle Peninsula, where the population swells in size during the summer months. This in turn leads to a rise in electricity demand. “We’re looking at innovative ways to manage that swell in demand without having to invest in significant additional capacity in the network. We’re looking at deploying distributed resources at customer level to facilitate this.”

As part of the Dingle project, ESB appointed a number of ‘energy champions’. This includes 20 customers who have installed batteries and solar panels in their homes. Other customers are undertaking deep retrofits and several businesses and farms are also involved in the project. “The customers interest has been hooked and they are all looking at how they are using electricity. These early adopters are making this work through their own intervention but in the future, this must be seamless and driven by technology; invisible to the customer.”

The pilot project is giving ESB insight into how customers are behaving and interacting with the various technologies. “Although it is still early days, we have been very pleasantly surprised by the level of interest and engagement by the customers involved in the pilot. Electricity has been largely taken for granted by customers over the last 90 years and the system has largely taken the customer for granted.”

As a further evolution of the pilot, ESB will test the interest in peer-to-peer electricity trading. If individual customers have excess electricity in their own homes, will they come together to trade with each other over the network? This could give communities self-sufficiency and interdependence.

A key part of the Climate Action Plan is mobility. Transport accounts for 20 per cent of Ireland’s emissions and has been one of the more difficult areas to address.  The plan has an ambitious target of nearly one million electric vehicles (EVs) by 2030. There are questions about the ability of the motor industry to deliver such an ambitious target. There are also reservations about the availability of batteries and if the charging infrastructure will be available for one million vehicles. Additionally, the electricity network must facilitate that number of vehicles. However, O’Doherty says ESB is up for the challenge and will play its part: “I’m of the view, that is the target and we should strive for that. The batteries for EVs now have a range of 400km and that’s game over regarding any doubt about the future of EVs.
A 400km range, in conjunction with fast charging at motorway hubs, will see EVs become the main backbone of personal transport. We will see an acceleration of EVs, particularly as the average journey in Ireland is less than 50km. We are investing heavily in charging infrastructure and across Ireland we have installed the first fully integrated charging system in Europe.” 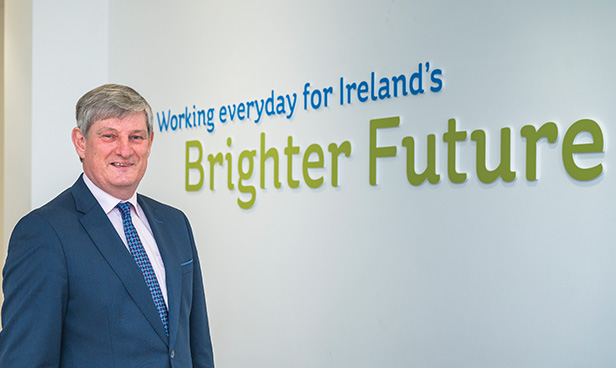 Although there is an operational network of charging stations across the island, because the technology is accelerating it now needs upgrading to the new fast chargers. ESB plans to install banks of 150kW chargers in banks of eight or four. Although there has been much focus on the charging infrastructure, ESB believes that 70 to 80 per cent of EV charging will be done overnight at home. Night-time electricity is much cheaper and gives 100km for €1.40. This is significantly lower than the equivalent price for petrol or diesel. ESB has availed of the Government’s Climate Action Fund for €10 million to be invested in EV charging and that sum will be matched by the company. Up until now the EV charging system has been free and the company is now introducing tariffs for the fast charging system.

“It’s a very exciting time to be in renewables because the opportunity exists for renewable technologies to be drivers of the power system of the future which will power the low carbon economy.”

A key consideration for the decarbonisation of electricity will be the fuel mix; there is no point electrifying transport and heat if the power is not from renewable sources. ESB will have phased out power production from coal and peat by 2025 at the latest. The price of carbon has driven these two fossil fuels out of the power system. However, O’Doherty, like many industry analysts, believes that gas has a role to play in the energy transition. By 2030 Ireland’s electricity system will be predominantly wind, both onshore and offshore, together with gas and small hydro and solar PV at the household level.

“The traditional CCGT which has been the backbone of gas-fired generation, is challenged commercially in today’s market. In Ireland there is an ageing fleet of CCGTs but will provide back-up for intermittent renewables. We will see the more fast-acting open cycle gas turbines that can start in 15 to 20 minutes. Gas will have a role to play between 2020 and 2030 and it will still have a role to play after 2030 to 2050. The big technological question then is; what will replace gas after that? There is certainly a role for biogas and carbon capture and storage (CCS) and hydrogen may become important after 2030.”

Despite the huge challenges ahead, O’Doherty is optimistic about the future: “I’m an optimist by nature. Yes, there are big challenges but I’ve been around the industry for quite some time and have seen many changes. The changes we will see over the coming decade are going to make anything we have seen in the last decade pale into insignificance. The pace of technological change, particularly the convergence of energy technologies with telecom and digital technologies is going to accelerate change.

“It’s a very exciting time to be in renewables because the opportunity exists for renewable technologies to be drivers of the power system of the future which will power the low carbon economy. That is what makes me optimistic. There is no end of capability right across this industry. We are capable of rising to the technical challenges but the real challenge is to go beyond those technical challenges and bring the citizen and wider society into tackling what is the biggest problem facing human kind.”