Offshore: Routes to market and further reduction of risk and costs 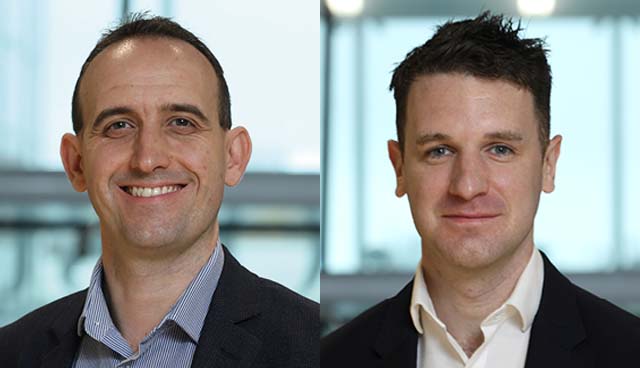 Ireland is the leader in Europe when it comes to onshore wind with the highest percentage of onshore wind generation as a percentage of our total electricity generation at over 40 per cent. This is a remarkable achievement for a country of our size and a testament to good policy support, visionary developers and committed investors over the last 25 years. As Ireland seeks to rapidly increase its share of renewable electricity generation over the coming decade and beyond, we will now need to achieve similar successes in offshore wind. Russell Smyth, Corporate Finance Partner, and James Delahunt, Corporate Finance Director, of KPMG write.

A clear offshore wind policy landscape is key to attracting international investment into the sector and enabling developers to progress with projects. This article considers where offshore wind sits in the context of Ireland’s Climate Action Plan targets, looks at the success of Scotland’s recent auction and considers what Ireland needs to do next.

Ireland is expected to experience strong, sustained growth in electricity demand over the coming years, with estimates putting it at circa 30 per cent growth by 2030 and circa 80 per cent growth by 2040. These are remarkable growth rates, driven primarily by specific growth in high energy industries such as data centres and electric vehicles.

The Irish Government’s “80 by 30” target – whereby 80 per cent of electricity will be generated by renewable sources by 2030 – is an ambitious one and based on the Climate Action Plan, this will see current renewable energy generation capacity increase from 4.5 gigawatts (GW) today to circa 15GW by 2030, including 4GW of incremental onshore wind, 5GW of offshore wind and circa 2GW of solar capacity.

It is expected that the majority of this 5GW of offshore will be met by the existing Relevant Status offshore wind projects, which have a combined capacity of circa 4.5GW. Much needs to be done to deliver on these projects alone, but the question is also being asked as to whether Ireland’s offshore wind ambition is big enough, particularly when we look at our counterparts across the Irish Sea.

From a development perspective it was notable to observe the Scottish Crown Estate, which is the semi-state agency that manages the rights to British foreshore licences, announce in January 2022 the results of its ScotWind tender process to secure development rights for offshore wind projects off the coast of Scotland.

The Scottish Crown Estate awarded contract rights to 17 energy companies to build almost 25GW of offshore wind in Scotland, almost two thirds of which will be floating offshore wind. A cohort of some of the largest energy companies in the world paid a combined €838 million to secure licences to develop both floating and fixed offshore wind projects off the Scottish coast, with one single large project being a 3GW floating wind farm proposal from Scottish Power Renewables, a subsidiary business of Spanish utilities company Iberdrola. This project alone would represent 60 per cent of Ireland’s offshore wind ambition to 2030.

It is notable that this auction has been achieved despite Scotland having poor grid capacity (similar to Ireland), resulting in limited options for local uptake of the huge volumes of power that will be generated from these projects. However, rather than wait for upgraded grid infrastructure, Scotland have deemed that the excess energy will find a suitable offtake or use through the utilisation of electricity from offshore wind to facilitate the production of green hydrogen and ammonia.

What Ireland needs to do

From an Irish perspective, 2021 saw initial signs of growing frustrations from some of the existing participants in the market at the pace of development in the sector. In November 2021, Equinor announced that it had pulled out of the Irish market in what was a blow to Ireland’s climate ambitions, particularly that it happened in the same week that the government published its new Climate Action Plan. 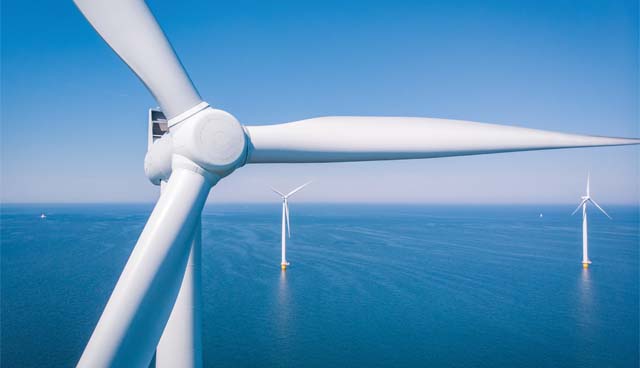 “The question is also being asked as to whether Ireland’s offshore wind ambition is big enough, particularly when we look at our counterparts across the Irish Sea.”

Whilst senior government ministers, including Minister Eamon Ryan and Minister Michael McGrath were quick to downplay the significance of Equinor’s exit, the energy industry itself was concerned, highlighting that a key issue was the long outdated regulatory and planning system for foreshore developments in Ireland that were legislated for in the 1933 Foreshore Act.

It was positive to see the Maritime Area Planning Bill 2021 pass through all stages of the Oireachtas in December 2021. The Bill establishes in law a new planning regime for the maritime area and will replace the existing State and development consent regimes and streamline arrangements on the basis of a single consent principle, i.e., one state consent (Maritime Area Consent) to enable occupation of the Maritime Area and one development consent (planning permission), with a single environmental assessment.

However, this is just one step with regards the policy changes that Ireland needs to deliver. These include the establishment of the Maritime Area Regulatory Agency, the introduction of legislation for designation of Marine Protected Areas, the design of a process for issuing seabed leases akin to ScotWind, and the delivery of the first offshore renewable energy support schemes.

International appetite for Irish projects remains strong, but should not be taken for granted

From a KPMG perspective, we spend a lot of time speaking with large international players in the energy markets who have an appetite to invest in projects in Ireland. This appetite remains strong, notwithstanding the Equinor news in 2021. However, it is important that Ireland recognises that these international investors have opportunities in dozens of countries throughout the world, and Ireland is ultimately competing for their capital, against the likes of Scotland. We should not take their interest and appetite for granted and do what we can from a policy perspective to ensure that both the existing market participants are supported and enabled to deliver their projects and the Phase 2 projects are accelerated as quicky as possible to ensure Ireland harnesses its energy generation potential, become a leader in offshore wind and ultimately help insulate Ireland from price shocks in years to come.