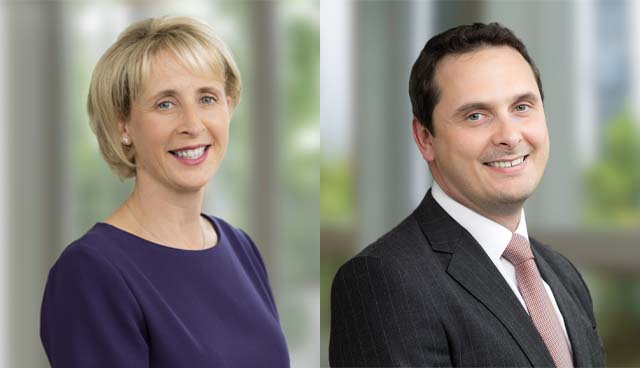 It also creates a new regulatory authority, and a regime for designating protected marine areas. It provides a “fit for purpose” mechanism for the consenting of offshore renewable energy projects in a way that complies with European environmental assessment obligations and facilitates public participation. It gives Ireland a realistic chance of delivering new renewable energy sources to meet its 2030 climate change targets.

The MAP Act establishes the Maritime Area Regulatory Authority (MARA). MARA will issue licences to conduct surveys in the marine environment (currently termed foreshore licences in Ireland, equivalent to England’s seabed survey licences), and Maritime Area Consents (MACs) (currently termed foreshore leases in Ireland, equivalent to a Crown Estate Lease). MARA will also have various enforcement functions. MARA’s functions will transition across once it is set up and resourced, likely in early 2023. The Minister will grant applications for licences and MACs in the interim.

The MAP Act allows for public participation and environmental assessment as part of the licence application process. The conditions that can attach to a licence are very similar to those that currently apply to foreshore licences.

A MAC is the new “State consent” to allow for the occupation of a specified part of the maritime area, on an exclusive or non-exclusive basis. MARA will be the authority responsible for determining these applications from 2023. The relevant Minister will exercise MARA’s functions in the meantime. Developers must hold a MAC before they can apply to An Bord Pleanála for development consent.

It is expected that the “relevant projects” announced on 19 May 2020 will be invited by the Minister to apply for the first MACs in or around April 2022. These are offshore renewable energy projects which were, as of 31 December 2019, either the subject of an application for a “foreshore authorisation” (i.e., a foreshore lease under the Foreshore Act 1933); or already held a foreshore authorisation or had a valid connection agreement from a transmission system operator (or confirmation of eligibility for such an agreement). The stated hope of the Irish Government (announced when launching its draft Climate Action legislation) is that many of these projects will be consented and operational so as to deliver 5GW of offshore wind energy to help Ireland meet its 2030 climate targets.

The criteria to be applied when determining whether to grant a MAC are set out in Schedule 5 of the MAP Act and are focused on the technical and financial competence of the applicant rather than the merits of the project itself.

The MAP Act requires decisions on MAC applications to be made within 90 days. The MAP Act does not provide for public participation, appropriate assessment, or environmental impact assessment in relation to these applications as a MAC is not a “development consent” for the purposes of the applicable EU requirements. However, evidence of stakeholder engagement on the project is one of the Schedule 5 criteria, which the Minister/MARA must take into account when deciding whether to grant a MAC. MARA can attach conditions to a MAC, as set out in Schedule 6.

The MAP Act requires specified categories of marine development, including in particular offshore renewable energy projects, to obtain planning permission under the existing Planning and Development Act 2000 (the PDA), amended by the MAP Act for that purpose. An Bord Pleanála will be the decision-maker for offshore renewable energy project applications. The consenting regime is closely modelled on the existing consenting regime for onshore strategic infrastructure development, which applications are also made directly to An Bord Pleanála, who then carry out public consultation and environmental assessment.
Certain activities within the nearshore area will require planning permission under the PDA, with the adjacent local authority, referred to as a Coastal Planning Authority, rather than An Bord Pleanála, responsible for processing such applications.

The MAP Act expands on the existing regime for maritime spatial planning, required under the European Union Maritime Spatial Planning Directive. The first such spatial plan published in 2022 – the National Marine Planning Framework – sets out various objectives and policies to guide activities and development in the offshore area. Separate legislation is underway for the designation of more marine protected areas.

The MAP Act allows the Minister to issue accompanying regulations, as well as marine planning guidelines and policy directives, all very similar to existing provisions for land-based planning. These are expected to be published/consulted on during 2022.

A consultation process has now opened on the intended MAC application process for Phase 1 and Phase 2 projects, as well as on the detail of the financial and technical competence criteria to be fulfilled. The Government is hopeful that the first MAC applications will be lodged in April 2022, with the planning applications being submitted to the Board in Q3/4 2022. An Offshore Renewable Energy Support Scheme (ORESS1) is expected to open for applications in Q4 2022.