Road-mapping a zero-carbon future for the North West

Towards a net zero carbon gas network for Ireland 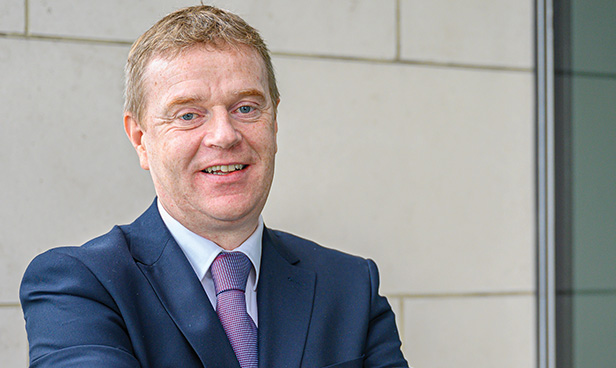 Denis O’Sullivan, Managing Director of Gas Networks Ireland, talks to Owen McQuade about the energy utility’s vision to 2050 that sees a carbon neutral gas network and a reduction of a third of Ireland’s total CO2 emissions.

Natural gas currently plays a central role in Ireland’s energy mix, meeting 30 per cent of primary energy demand. With just over 50 per cent of electricity generated from gas, gas plays an important role in supporting electricity production from intermittent renewable sources. In any one day anywhere between 1 and 90 per cent of electricity is generated from wind with the balance generated mostly by gas. Gas also accounts for much of Ireland’s industrial and domestic heating needs. “We supply large industry such as the chem pharma sector and the dairy sector relies almost entirely on gas as their primary energy source. In recent years, data centres have become an important part of our customer base as the expanding data centre sector relies on gas to meet their energy needs by generating power on site from gas,” explains O’Sullivan.

The natural gas sector accounts for 16 per cent of Ireland’s greenhouse gas emissions. “As a fossil fuel transporter we are more than cognisant of climate change and as citizens of Ireland we are aware of the impact of climate change and what needs to be done to address it,” says O’Sullivan. While much of the focus in decarbonising Ireland’s energy has been on electricity, only 21 per cent of final energy is from electricity. The balance leaves a significant challenge to decarbonise, particularly in the heating and transport sectors while maintaining security of supply.

Gas Networks Ireland (GNI)’s strategy, ‘Vision 2050: The future of the gas network in Ireland’, shows a pathway to a carbon neutral gas network by 2050 using four technology pillars. The first of these pillars is the use of renewable gas in the network. The plan is to utilise waste from the food processing sector to produce renewable gas. The agriculture sector has also the potential to generate significant volumes of renewable gas. O’Sullivan says that 20 per cent of the gas in the network could be renewable by 2030 provided that the relevant support schemes and policies are in place. “We would also propose a five-year target to get the industry up and running and to get the relevant supports in place and then look at ways we can be less reliant on the exchequer support and become self-sustaining. In the shorter term, a carbon tax on fossil fuels should be used, firstly, to ensure a just transition and secondly, it should be used to decarbonise the economy. Carbon tax obtained from natural gas should be used to decarbonise the gas network, which would mean that the customer paying that carbon tax would then benefit from that,” O’Sullivan says. 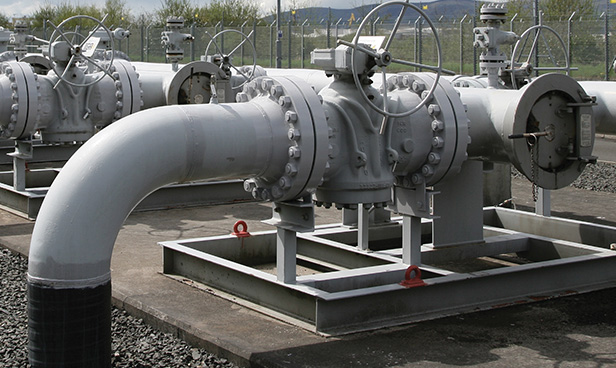 “CNG is a here-and-now technology that can deliver significant greenhouse gas emission reductions between now and 2030.”

“Technically, there is a finite resource in the agriculture sector but on balance being able to roll out in a reasonable timescale and without impacting on food production or the size of the national herd, there is more than enough capacity to meet the proposed 20 per cent target,” he adds.

In Denmark and Germany there has been a renewable gas industry for several years. “Germany has been injecting volumes of biogas into its grid, equivalent to 20 per cent of our gas demand, since 2016.”

Whilst O’Sullivan believes that there is a real opportunity to reduce emissions, “there is a balance between the volume of gas and the time line on which it needs to be delivered; the quicker you want the gas the bigger the initial support mechanism needed”.

There is a clear role for decarbonised gas in the electricity and heating sectors, but what about the transport sector? O’Sullivan sees a significant role for CNG [compressed natural gas] in transport, specifically for freight and buses. GNI has carried out a significant number of trials and the technology is now proven, with over 20 million CNG vehicles world-wide. Europe has been relatively slow in introducing CNG and Ireland has been one of the last countries to roll out this technology. However, there are now several filling stations in operation in Ireland. There is a mix of private stations and public stations such as the station in Dublin Port and one being commissioned on the M7 motorway and more in development across the main road network. The immediate impact of CNG is a 20 per cent reduction in switching from diesel to natural gas but the real benefit will come with the introduction of renewable gas into the CNG transport sector. “CNG is a here-and-now technology that can deliver significant greenhouse gas emission reductions between now and 2030. By using renewable gas in CNG, our goal is to provide a 100 per cent carbon-neutral fuel for transport,” says O’Sullivan. 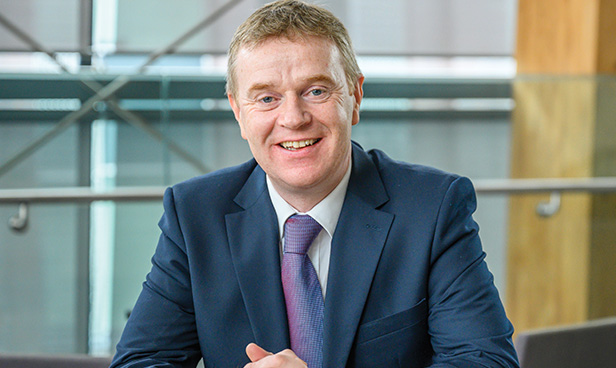 “By rolling out the four technologies that underpin our vision to 2050, we will have a bigger network that is transporting a carbon-neutral fuel that will underpin power generation, transport and heating.”

Ervia, GNI’s parent company, has been looking at the potential for carbon capture and storage (CCS) in Ireland for some years now.  “CCS is basically taking carbon from natural gas and putting the carbon back into the ground,” explains O’Sullivan succinctly. A number of factors make Ireland very suitable for CCS. Firstly, Ireland has a sizeable cohort of gas-fired generating plant in locations that are suitable for CCS. Ervia is exploring the potential of the Kinsale gas field, which is a low-pressure field that will cease production in 2020–2021, for CCS. Ervia has looked at partnering with other countries in Europe and Ervia recently signed a MOU [memorandum of understanding] with Norway’s Equinor to investigate the feasibility of transporting carbon emissions from power stations and large industry in Ireland to depleted gas fields in Norway, where there is a vast potential to store CO2. “We see CCS as an essential part of decarbonising the gas industry in Ireland. The Government’s Climate Action Plan proposes 70 per cent of electricity that from renewables by 2030. Assuming we meet that challenging target, there will still be 30 per cent of our electricity that is going to come from gas. We therefore need to seek other opportunities to decarbonise that remaining 30 per cent,” says O’Sullivan. 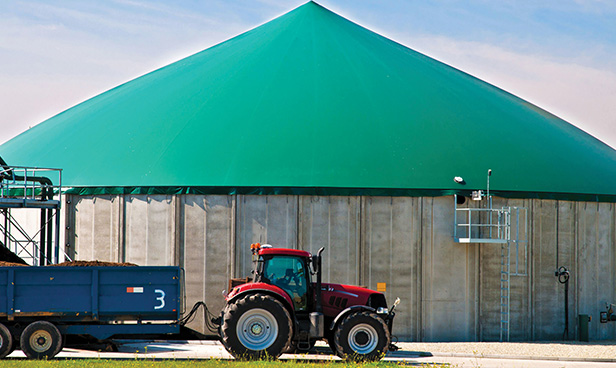 Hydrogen can be blended into the gas network and transported downstream to users including the power generation and transport sectors. “Hydrogen is a very versatile fuel and a lot of countries are now looking at hydrogen as a major avenue for decarbonisation. Ireland is well placed, particularly our distribution network. Ireland has a relatively young network compared to the rest of Europe. The old town gas network was made from cast iron and it was replaced with a polyethylene distribution system which requires no modification to transport hydrogen. We are now looking at the over ground assets and we believe that it is a low-cost transition to move from natural gas or biogas to hydrogen and potentially we will have dedicated hydrogen networks on our distribution system,” he says.

At present the network is 100 per cent natural gas, with the first renewable gas introduced to the network this year which was a key milestone for GNI. The Government’s Climate Action Plan has a target and a support mechanism to be set for 2030 by the end of this year. “We welcome a 2030 target for biomethane being set and over time we will see the amount of renewable gas on the network increasing.” The next stage will see the introduction of CCS technology in the second half of the next decade. CCS will initially be used to decarbonise the power generation sector and then the industrial sector. Finally, post 2030 will see a ramp up in hydrogen on the network.

O’Sullivan emphasises that the pathway outlined in Vision 2050 is the most cost effective. GNI commissioned University College Cork to carry out a full cost analysis of all the various technologies available to decarbonise energy production. The main gas-fired electricity technology, CCGT, with CCS is one of the lowest cost ways of decarbonising electricity production and CO2 abatement overall. This is closely followed by interconnection and then renewable gas. Other technologies are not as cost effective when the whole cost of deployment is taken into account. For example, heat pumps should include the cost of a deep retrofit and also the investment needed in the electricity network required to deploy them at scale.

What will the gas network look like in 2050? “It will be carbon neutral. By rolling out the four technologies that underpin our vision to 2050, we will have a bigger network that is transporting a carbon-neutral fuel that will underpin power generation, transport and heating,” concludes O’Sullivan.