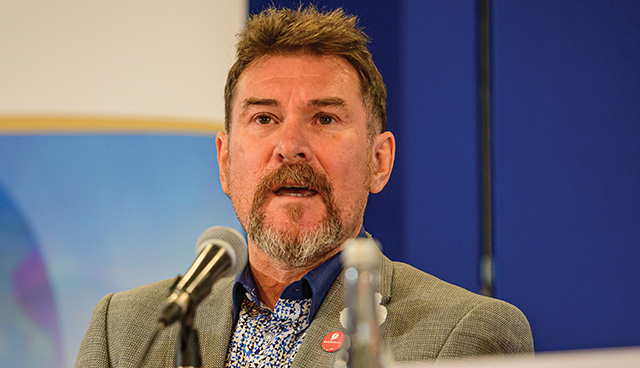 Queen’s University Belfast’s John Barry discusses the journey from declarations of climate emergencies to climate action and just energy transitions on the island of Ireland.

In 2019 both the UK and Irish parliaments declared climate and ecological emergencies. We have also witnessed the growing Extinction Rebellion and Youth Strike for Climate movements and the climate science has underestimated the urgency of decarbonising our economies and ways of life to reduce climate breakdown. We can say that ‘business as usual’ is, or should be, suspended or abandoned completely. We are now in an entirely unprecedented context which requires new ideas, new thinking and abandonment of the constraints of old, pre-emergency models, policy making processes and strategies. Such declarations by official bodies should now be used to explore new ideas, practices and policies of how to rise to the challenge and opportunities of creating low-carbon climate-resilient societies.

The key here is to recognise that the energy transition and climate action cannot be confined to technological innovation alone. The latter must be framed within a larger social narrative to ensure democratic legitimacy and a focus on non-technological aspects of decarbonisation. A major reason for this is that when you transform a society’s energy system almost every other ‘socio-technical’ system from food, energy, transport, housing and so on needs to change and this needs to be done in a planned, open and coordinated manner and done with, not to, communities and citizens. So, we need social innovation as much as technological innovation.

Climate breakdown and the transition to a low or post-carbon energy system needs to be framed as a matter of justice so that no community is left behind, or that no community is disproportionately impacted negatively by this transition. Hence, any strategy likely to generate sufficient popular support has to be a ‘just transition’. An important guide here for this is the 2018 Solidarity and Just Transition Silesia Declaration which should be adapted for the island of Ireland. Together, a just transition and declarations of a climate emergency open up the possibility of ‘honouring’ carbon energy workers and communities. This is important since as we transition away from fossil fuel (which should really be renamed ‘fossil resources’ since we have more non-energy uses for these), we need to bring with us those who for decades created the energy and wealth and assets that was possible from our exploitation of gas, oil, and coal resources. However, we need to be honest and say that we are at the beginning of the end of the carbon age and recognise, retire and reconfigure the carbon energy system. We need to learn the lessons of recent ‘unjust energy transitions’ in the closure of Kilroot power station in Northern Ireland or Bord na Mona’s Tullamore facility in the Republic of Ireland.

Energy transition pathways should not be constrained to ‘decarbonising’ or ‘greening’ business as usual or the current economic model. It is nothing short of a new industrial revolution and the creation of a new economy. One of the advantages of a just energy transition framing is that it moves beyond comforting and often false narratives of ‘win-win’ reformist strategies or policies. A just transition obliges us to ‘face up to climate reality’ by recognising that divestment and the planned retreat from fossil fuels will produce ‘losers’ and resistance, and that therefore these need to factored into any realistic analysis of the energy transition. After all, while I believe that it is inevitably that we transition to ta low and post-carbon economy, whether this is just, fair or equitable is an open question.

We neglect the importance and power of stories and narratives at our peril. Expert science and technology, and high level policy have limited communication and mobilising effects on our populations. Hence the importance of framing a just energy transition as a positive, collective and ‘once in a generation’ transformative narrative. Ideally, to paraphrase the novelist Alasdair Gray, ‘we should transition as if we are in the early days of creating a better economy and society’.

In the coming years and decades ahead we will need to see that agency cannot be confined to the state or business. Ordinary citizens and communities will be central to developing a shared energy transition vision, and not only because ‘without vision the people perish’. But also because in responding to climate breakdown, and seeing a just energy transition as a key element of collective climate action, hope is generated through agency and action. And hope, like solar or wind, is a renewable resource.