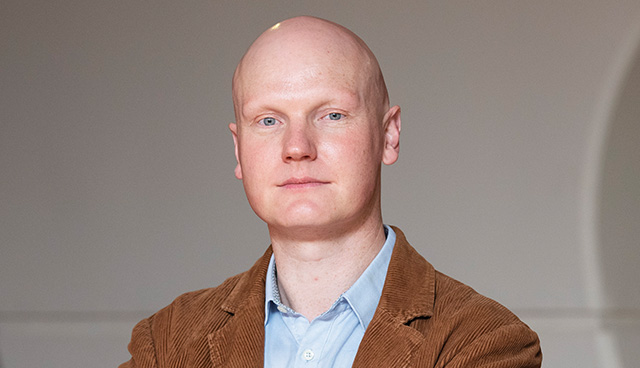 Each week brings fresh news of the urgency of the decarbonisation challenge facing Ireland. Eirgrid, ESB Networks and others are making phenomenal technical progress in increasing the country’s renewable electricity penetration. Despite this, our electricity system is unlikely to support 100 per cent renewable electricity before 2050, writes Rory Monaghan.

Interconnection will help, but curtailment, constraint and the need for long-term storage will come into sharp focus. Despite this, it is probable that electricity will be the easiest sector to decarbonise. Electrification of transport and heating is underway, but the pace is slow, and many energy end uses are unsuitable for electrification.

Transportation, especially in heavy, long-distance, marine and aviation applications, and heating, especially in high-temperature industries, are unlikely to see significant electrification in the foreseeable future. In its report ‘Mission Possible: Reaching net-zero carbon emissions from harder-to-abate sectors by mid-century’, the Energy Transitions Commission highlighted the major role for hydrogen in deep decarbonisation of these “harder-to-abate” sectors by 2050. It emphasised the potential for hydrogen not only to offset fossil fuel use within each sector, but also to “sector couple” between them and a future decarbonised electricity system.

How can hydrogen achieve this? Hydrogen is found in hydrocarbons and in water but needs significant amounts of energy to be liberated. The cheapest and most widespread way to do this is by steam methane reforming (SMR) of natural gas, which releases CO2. A small but growing portion of global hydrogen now comes from electrolysis, the use of electricity to split water into hydrogen and oxygen. While currently more expensive than SMR, electrolysis produces hydrogen that is as renewable as the electricity that runs the process. This renewable hydrogen can subsequently be trucked or piped to where it can be burned in pure or blended states, used in a fuel cell to directly produce power or supplied to an industrial process.

In high RES-E scenarios, this enables long-term energy storage, grid balancing, reductions in curtailment and constraint, and sector coupling to the gas grid and the harder-to-abate sectors. Hydrogen could also enable large-scale connection of Ireland’s vast offshore renewable energy potential with the country’s energy system. It is worth noting that a single 1.2-metre diameter hydrogen pipeline could transport energy at the same rate as eight high-voltage transmission lines.

So when will all of this happen? The answer is right now. Commercially available hydrogen fuel cell buses ply routes from Aberdeen to Tokyo with zero air-polluting emissions, as well as longer ranges and shorter charging times than electric counterparts. Hydrogen-powered trains are undergoing trials in Germany and the UK on regional lines unsuited to electrification. The H21 project will convert the gas grid of Leeds first, then the entire north of England, to 100 per cent hydrogen supplied by SMR with carbon capture and storage in depleted gas fields. The north Netherlands will become a “Hydrogen Valley” that will demonstrate most aspects of a hydrogen economy, including electrolysis powered by offshore wind, gas grid injection, underground storage, hydrogen-fired domestic and industrial heating, and even a hydrogen-fuelled ocean-going ship.

Hydrogen is becoming a reality in Ireland too. As part of the €9 million EU-backed GENCOMM project, Energia will produce the island’s first renewable hydrogen in County Antrim to supply new fuel cell buses in Belfast. Communities are also leading on hydrogen. In concert with the EU-backed GENCOMM, SEAFUEL and HUGE projects, energy cooperatives on Valentia Island, Rathlin Island and the Aran Islands are working with researchers to explore how hydrogen can maximise energy security, stimulate new industries and restore economic and social vitality to proud communities. These initiatives have led to the creation of Hydrogen Ireland, the Community Hydrogen Forum and Hydrogen Mobility Ireland, all of which are dedicated to the promotion of hydrogen.

Ireland’s renewable energy sector is rightly proud of its achievements to date. The industry’s track record of excellence and innovation indicate that the 2030 70 per cent RES-E target is attainable. But exceeding that while decarbonising the 80 per cent of energy use that not electricity requires fresh thinking. Hydrogen has a key role to play in our energy transformation. The technology is here. The research community is ready. Will you rise to the challenge and grasp the hydrogen opportunity?