The infrastructure required to implement the Strategic Energy Framework (SEF) will cost £1 billion and could result in an increase of between £49 and £83 in each household’s annual energy bills, according to the Department of Enterprise, Trade and Investment (DETI).

Northern Ireland now faces a target of achieving 40 per cent of its electricity consumption from renewable sources in the next 10 years. A major acceleration would be needed as the current share is just under 10 per cent.

The framework’s four goals are to:

Enterprise Minister Arlene Foster said achieving those goals will be “a real challenge”. Introducing the framework, she wrote: “Within Northern Ireland we are dependent on imported fossil fuels for most of our energy needs. We have little control over the security of energy supply, we are exposed to the volatility of world energy prices and we are too heavily reliant on fossil fuels that are widely accepted as contributing to climate change.”

She added: “While on-shore wind currently offers the most cost effective means of renewable electricity generation, I believe that, as with fossil fuels, a diverse mix of renewables is our overall objective as we look to the composition of Northern Ireland’s energy portfolio in 2020.”

The preferred renewable energy sources are on-shore and off-shore wind and biomass. DETI will also “maintain a watching brief” on the future role of nuclear and coal energy, while keeping the environment in mind.

Two of the region’s three power stations are currently powered by gas and the department believes that Northern Ireland will remain largely dependent on gas-fired plants for baseload generation until at least 2030.

Consequently, a gas storage project, such as the one at Larne/Islandmagee, “would help mitigate winter price hikes” and has the potential to benefit both parts of the island and the UK, the framework states. DETI and the Geological Survey of Northern Ireland have carried out a study on the technical and economic feasibility for an offshore underground gas storage facility off east Antrim. The department also supports the further extension of the natural gas network to the west and remaining areas of the north west.

DETI claims that the extent of the work it can undertake to drive forward the energy agenda is limited because of “stringent budget cuts.” Therefore, private companies will be encouraged to take the initiative.

The framework says: “The design and build of energy infrastructure typically has a long lead-in time, including a robust statutory planning and consent process.”

It adds that the planning process is the “arena” in which different views on renewables and infrastructure development will be weighed. In a bid to avoid lengthy planning delays, the framework reminded planners that under the terms of PPS 18, they must “have regard” of the new renewable electricity target when considering applications for renewable energy development.

The department recognised that households are already experiencing economic hardship but Foster stated that costs may rise when the electricity grid is being upgraded and more overhead power lines and power installations are built. 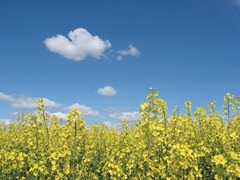 In order to build competitive markets DETI will ensure relevant European Union Directives – such as the renewable energy directive (December 2010) and the third European Internal Market for Energy directive (March 2011) – are transposed and will put in place legislation to establish arrangements for efficient cross-border regulation and management of transmission and trading of gas by the end 2011.

DETI also promises to work with other Northern Ireland departments, the UK Department of Energy and Climate Change, and the Scottish and Irish Governments to plan ahead for electricity, gas and oil emergencies.

The department also plans to contribute to the 1 per cent year-on-year energy saving targets identified in the UK’s National Energy Efficiency Action Plan by working with other departments responsible for energy efficiency activities, the Consumer Council and Northern Ireland Energy Agency. In addition, an Offshore Renewable Energy Strategic Action Plan from 2010 to 2020 will be implemented and a Bio-energy Action Plan over the period to 2015 will be developed by DETI and other relevant departments. A renewable heat route map will be drawn up by March 2011 and will set out key actions to achieve a 10 per cent contribution from renewable heat by 2020, including opportunities for geothermal energy.

In terms of updating and enhancing energy infrastructure, DETI will ensure that electricity and grid development plans are “future proofed” to facilitate a more decarbonised energy mix beyond 2020. It will also complete environmental assessments by June 2011 on land-based renewable electricity generation, and grid infrastructure for onshore and offshore generation, and will support construction and commissioning of the new North-South electricity interconnector by 2013-14.

The framework, while welcome, lacks a focus on energy conservation and action against fuel poverty, according to SDLP MP Mark Durkan. “This region must play its part in helping to tackle climate change. That is why I have consistently called for the encouragement of micro-generation from renewable sources by providing financial incentives such as rates rebates and fee-free planning applications.” Durkan added that DETI will now be judged on “reliability of delivery.”

Alliance energy spokesman Seán Neeson also welcomed the SEF but said that the region also needs a green new deal that would create construction jobs through a home insulation scheme.

“While I welcome the targets [in the SEF], we need to be even more ambitious. We have excellent natural resources in terms of wind and tide, and I believe that placing more emphasis on the green economy would help us create more jobs as well as help increase the production of renewable energy.”

She stated: “Renewable energy and energy efficiency [are] key concepts for modern living [and] could be to be brought forward in a way that will tackle fuel poverty as well as increasing energy security and tackling climate change.”

Smart meters in all households £280 million