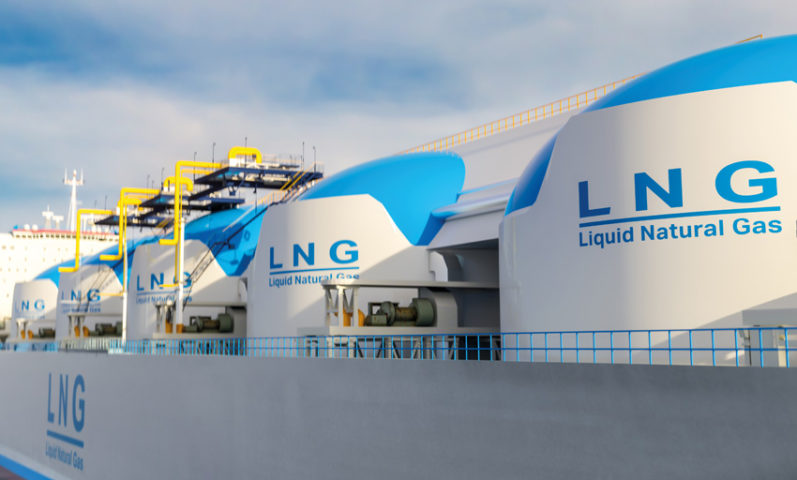 Europe needs to anticipate another difficult winter in 2023/24 and measures need to be taken now, writes The Oxford Institute of Energy Studies’ Anouk Honoré.

Above normal temperatures in October 2022 and in the first half of November have effectively delayed the start of the heating season in Europe, giving the region a brief relief after record-high gas prices at the end of August. However, the gas market remains tight, and the continent needs to prepare for a difficult winter. 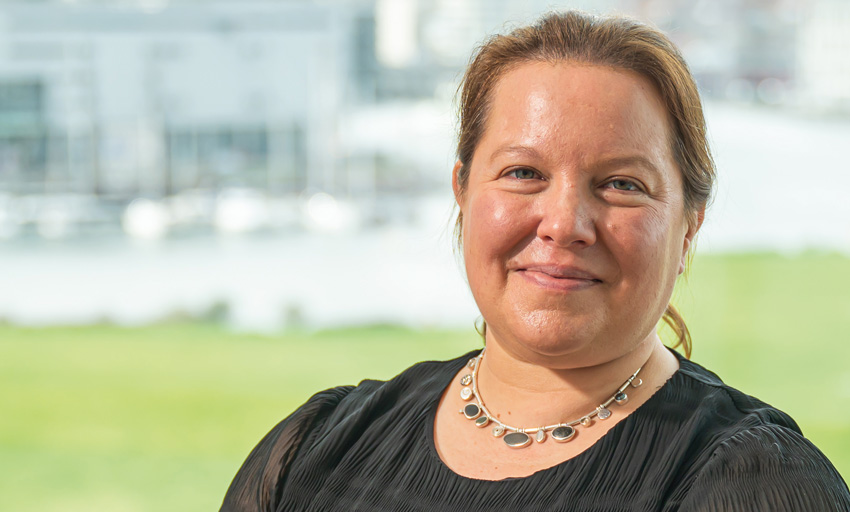 Supply: Sharp decline of Russian gas flows to Europe in 2022

In the period from January to November 2022, total supply to Europe (EU27 + UK) was 16 per cent lower than at the same time in 2021. Most of the decline has occurred since May as Russian supplies via Belarus, the Baltics, and Finland, and Nord Stream gradually stopped, with only flows via Ukraine and TurkStream remaining from September. Pipeline imports from other sources (Norway, north Africa, and Azerbaijan) have been relatively stable, as was indigenous production. A significant increase in LNG imports (+67 per cent) has helped to balance the regional market, becoming the single largest source of supply to Europe in 2022 (Figure 1).

Gas demand remained relatively resilient in 2021 but started to collapse in 2022 (Figure 2). Warm weather at the beginning of the year and similarly, at the beginning of the winter season 2022/23, limited the need for gas use in space heating this year. Continued high gas prices have also triggered demand response both from small consumers and larger industrial users. By contrast, gas used for electricity generation has increased year-on-year due to continued low availability of nuclear and hydropower.

On a positive note, gas storages were 95 per cent full at the beginning of winter, which together with strong LNG imports and low gas demand provided downward pressure on gas prices in October and November. However, with the arrival of cold temperatures, gas prices are rising again.

Over the next 12-18 months, indigenous production and pipeline imports are unlikely to increase. Pipeline flows could even be lower with Russian pipeline supply at a downside risk relating to transit via Ukraine. There is some upside potential for LNG supply due to new import capacity (in particular, the FSRU-based import capacity in the Netherlands and in Germany will contribute to ease congestion in northwest Europe). However, demand for LNG outside Europe and competition for cargoes during the winter and into the summer 2023 will be an important uncertainty, especially if Chinese gas demand picks up again with the end of lockdowns. 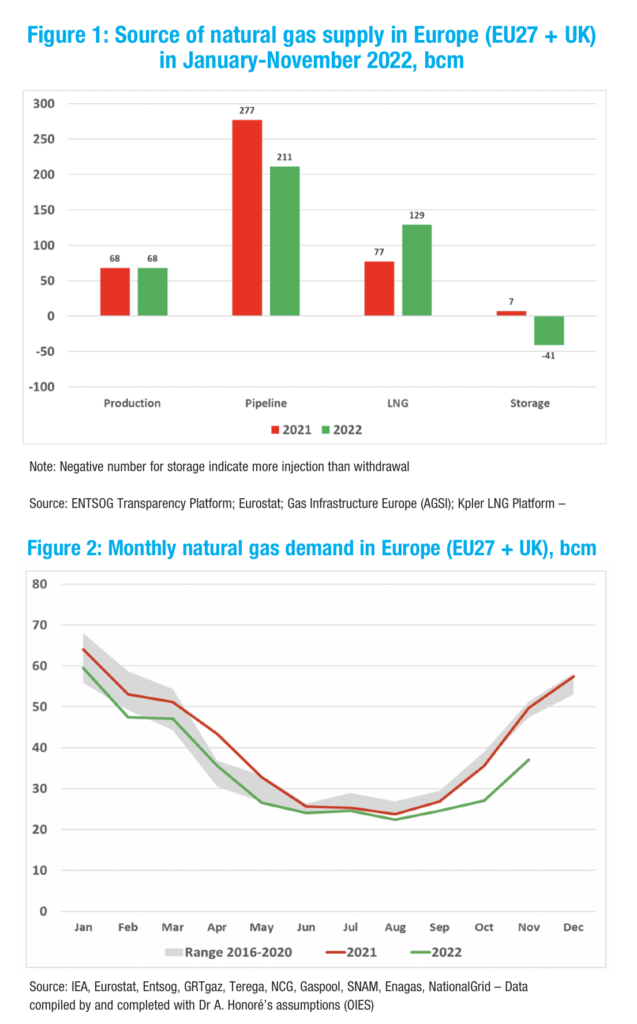 Therefore, additional gas demand reduction will be needed in Europe to limit the risks of shortages in the coming weeks. The EU and national governments face a hard balancing act: incentivising customers to save energy while, at the same time, protecting them from the worst impacts of record-high gas and energy prices. Key factors to keep an eye on will be the willingness and ability of consumers to change their behavior to use less energy, the pace of return of French nuclear reactors in December 2022, and the evolution of temperatures: a cold winter being likely to derail most demand-response measures.

The level of gas in storage at the end of this winter is probably the most important element to understand the short-term European gas outlook. In summer 2022, the EU refilled its storages thanks to 30 bcm of Russian pipeline gas and lower LNG imports by China. Two factors that are unlikely to be repeated next year. With limited options for additional supply, storage replenishment in summer 2023 will be more challenging.

Gas consumption will influence storage withdrawals, and more importantly, the level of gas left in storage at the end of winter (1 April 2023). The 15 per cent voluntary reduction of winter demand already agreed by EU member states would put the region on the right track to be able to replenish the stocks to 95 per cent by the beginning of winter 2023/24, with limited additional supply needed for storage injections. This would also provide downward pressure on gas prices next year. In the context of tight global LNG market to 2025/26, measures to lower gas demand in Europe will benefit consumers and European economies this winter, but also, very possibly, for the next three to four winters.

Anouk Honoré is a Senior Research Fellow and Deputy Director of the Gas Research Programme in the Oxford Institute of Energy Studies.