A network for change 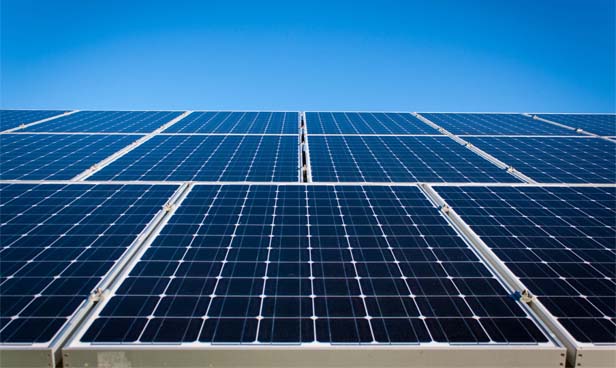 With Ireland set to ramp up its decarbonisation ambitions through the forthcoming Climate Action Plan, the size of the role solar PV has to play in 2030 targets will largely be defined by RESS-2.

If 2020 was recognised as a major breakthrough for the solar PV in Ireland, then 2021/22 will undoubtedly shape its deployment over the next decade.

The trend of Solar PV generation in Ireland since 2014 is one of rapid growth, however, given its low base start, Solar PV still makes up a relatively small percentage of overall renewable electricity generation.

The awarding of 63 contracts to solar projects, totalling over 1,000MW (767.3 GWh), during the 2020 RESS-1 auction marked the first major move of solar farms into Ireland’s renewable energy mix and represented a clear signal from government that it valued the role of solar PV in Ireland’s decarbonisation ambitions.

However, how much emphasis the Government puts on the solar PV contribution will be defined by RESS-2, the next auction being planned by government to take place at the end of 2021 or beginning of 2022. Additionally, the forthcoming Climate Action Plan, expected to increase the decarbonisation of its 2019 predecessor, will go some way to outlining solar PV generation targets and defining investor confidence in the market.

While the Government has indicated its support for the solar industry, it has been slow to act on some of the rhetoric. The Programme for Government pledges to expand and incentivise microgeneration, including rooftop solar energy. There is also a pledge within to develop a Solar Energy Strategy for rooftop and ground-based photovoltaics, “to ensure that a greater share of our electricity needs is met through solar power”. The conclusion of the review of the current planning exemptions relating to solar panels, to “ensure that households, schools, and communities can be strong champions of climate action” was also signposted. 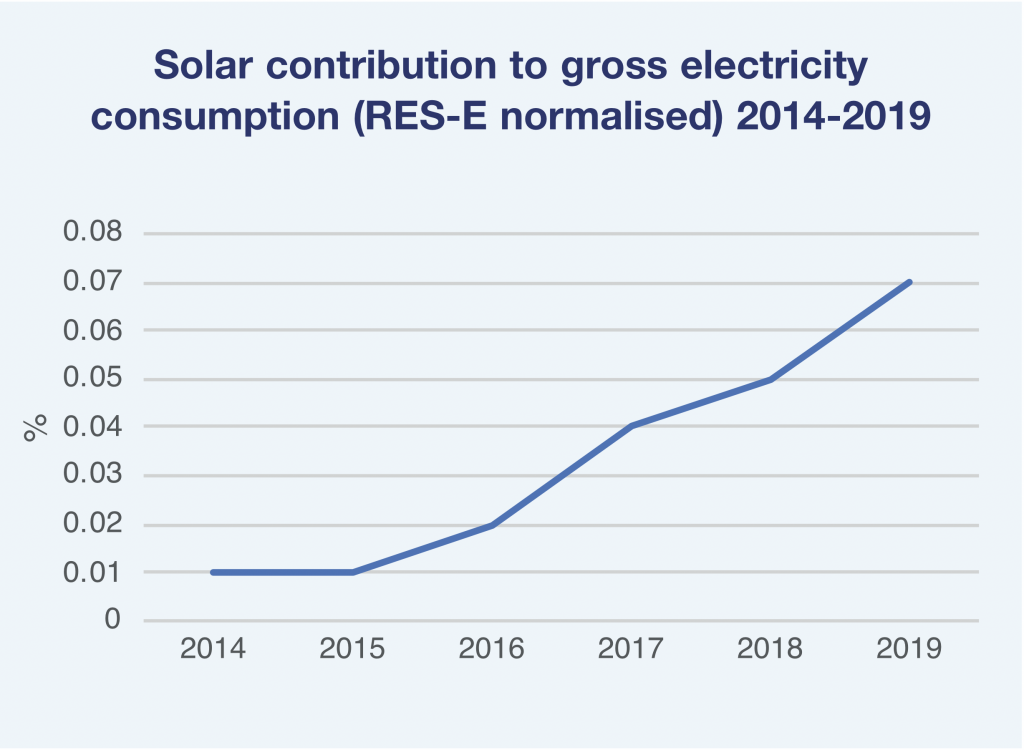 Action 30 of the 2019 Climate Action Plan states that a support payment for excess electricity generated and exported to the grid will be available to all Irish micro-generators by late 2021, “whilst ensuring principles of equity, self-consumption and energy efficiency first are incorporated”; this payment mechanism has yet to be finalised, although the Department of the Environment, Climate and Communications (DCCAE) began consultation on such a scheme in January 2021. The consultation, which closed in February, looked to build on the Economic Assessment of Renewable Technologies undertaken to support the RESS, which was commissioned by DCCAE in 2017. The assessment found that challenges around microgeneration needed to be identified and addressed in order to support its rollout and to aid Ireland in its goal of reaching 70 per cent renewable electricity by 2030 as was outlined in the 2019 Climate Action Plan, a goal that will only increase if it is to be changed in the forthcoming plan.

The SEAI report estimates that there were 24.2MW of installed solar PV capacity in Ireland in 2018, split between 17.7MW in the residential sector and 6.5MW in the commercial/industrial sector. This amount in the residential sector is mostly made up of solar PV installed in new homes to meet the requirements of the building regulations for use of energy from renewable sources, with estimates of installed capacity of solar PV on new dwellings based on the BER database.

Electric Ireland, the report notes, “voluntarily offered a domestic microgeneration rate of €0.09 per kWh for micro-generation exported to the grid, including domestic solar PV”. This rate will continue to be paid to existing participants until the end of 2020, but the scheme has been closed to new entrants since the end of 2014.

In 2018, SEAI estimated that 16.7 GWh of electricity was generated from solar PV, representing 0.1 per cent of renewable electricity and 0.04 per cent of electricity gross final consumption. The report states that “in spite of its small contribution in 2018, solar PV is already growing rapidly”. By mid-2018, there were 245MW of installed capacity contracted for connection to the transmission grid; this had increased to 706MW by the end of 2019. The SEAI also states that there is “likely to be continuing growth in the residential sector due to the renewables requirement in the building regulations for new dwellings and also due to the introduction of a capital grant for domestic solar PV in existing dwellings”.

Solar power is the fastest-growing source for renweable electricity in Europe according to Eurostat: in 2008, it accounted for 1 per cent but now stands for 13 per cent. This means that the growth in electricity from solar power has been dramatic, rising from just 7.4 TWh in 2008 to 125.7 TWh in 2019.

This shows the potential for the solar PV market that exists in Ireland, with Ireland being regarded as coming late to the game when compared with exemplars such as the Netherlands, Denmark and Germany. Worries abound that Ireland will become a less attractive market for private investors looking to play their part in the solar market if frictions such as a lack of support are not addressed. With 1,900MW, or 1,800 GWh, of solar power potentially to be part of the RESS-2 auction and the forthcoming Climate Action Plan expected to lay out policy plans for the technology, the Government has the opportunity to allay these fears and begin the process of matching the solar growth seen throughout Europe.