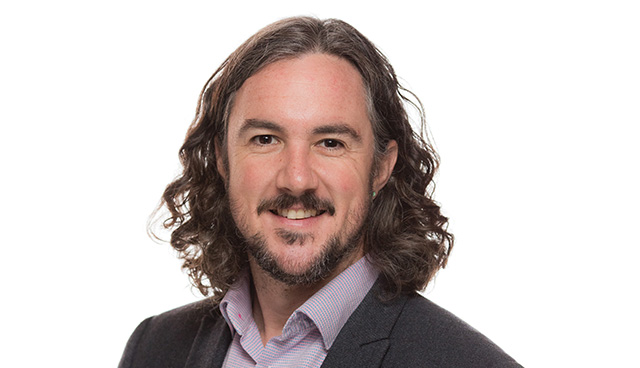 The most recent Intergovernmental Panel on Climate Change (IPCC) report was starker than any before it. It painted a picture of the devastating effects that climate change is beginning to have on our civilisation. Water stress, food scarcity, extreme weather, increased fire events, sea level rise, flooding, climate related poverty and increased heat related deaths. The challenges to the natural world were also clearly stated.

According to the latest science, if we keep doing what we are doing our future on this planet is looking very grim indeed.

“We have presented governments with pretty hard choices. We have pointed out the enormous benefits of keeping to 1.5°C, and also the unprecedented shift in energy systems and transport that would be needed to achieve that,” said Jim Skea, a co-chair of the working group on mitigation.

Nationally, Ireland has a little over 10 per cent of its total energy coming from renewable sources. The majority comes from wind (49 per cent) and bioenergy (39 per cent), with hydro and geothermal at 5 per cent each and solar at 1.3 per cent, Renewables in Ireland prevented 4.2 Mt CO2 being released to the atmosphere in 2017 – the equivalent emissions from 70 per cent of all cars in Ireland.

With the effort on renewables to date, in Ireland we now have:

• 30 per cent of our electricity coming from renewable sources;

• 4 per cent of transport fuel coming from renewables;

• 7 per cent of heat supplied across our homes and businesses.

We also have a growing economy which, despite significant policy achievements to date, means we are on an overall emissions trend which is far from sustainable.

Starting with these achievements to date, each year SEAI works with a range of stakeholders across government to produce Ireland’s National Energy Projections. These provide us with the next part of the story – where we are heading on sustainable energy and related emissions.

Our most recent projections anticipate that Ireland will fall short of its mandatory European target for an overall 16 per cent renewable energy share by 2020, with achievement estimated to be between 12.7 per cent and 14 per cent. Significant contributors to this level of achievement come from wind energy, bioenergy in the industry sector and biofuels blended in transport fuels. But the level of achievement won’t be enough by 2020 to avoid the purchase of statistical transfers from over-complying EU Member States, as required by EU law.

Despite significant levels of building retrofit, stringent building regulations and thousands of individual actions taken by businesses and communities across the country, Ireland’s energy efficiency goal of 20 per cent energy savings from efficiency by 2020 will also be missed – with the level of achievement expected to be closer to 16 per cent.

When this activity is considered, and projections are made for emissions from households, transport, agriculture and all but the largest industries, according to the EPA, it is anticipated that we will be between 0 per cent and 1 per cent below 2005 levels (of non-ETS emissions) by 2020. This compared to a target of 20 per cent below 2005 levels mandated in the EU Effort Sharing Decision. This shortfall will require compliance purchasing.

“The next few months will be crucial. We will need to be courageous in the choices we make individually and as a nation.”

When we analyse activities which are driving emissions up, it’s clear that the nature of our economy is not sufficiently aligned with our climate goals to ensure a healthy planet for future generations.

Policy can have an impact – but as we currently stand, that impact can be completely undone by a thriving economy.

In recognition of recent analysis, in March 2018 the Irish Government announced an increased ambition and level of delivery targets supporting a sustainable energy transition in its 2018–2027 National Development Plan (NDP) (Irish Government, 2018). That plan includes several measures that will support the future roll-out of renewables. These include:

• A Support Scheme for Renewable Heat (SSRH) – launched in October 2018 to provide grants for commercial scale electric heat pumps, and will be expanded to include operational support for biomass and biogas technologies soon;

The levels of deployment under these schemes is intended to drive significant activity and could attract significant investment in the sector. Huge opportunities exist, for example, in offshore wind and grid-scale solar PV. Developing these technologies and the associated value chains is part of building the type of economy that supports a healthy planet, rather than hinders it.

Our modelling suggests that when proposed additional spending energy efficiency, a goal of 55 per cent renewable electricity, increased biofuel blends in transport and a target of 500,000 electric vehicles are added to the NDP measures, overall renewable energy shares could increase to between 24 per cent and 26 per cent of total energy demand by 2030.

But, will this be enough? SEAI’s latest analysis of the potential impact of existing and planned policies and measures illustrates the need to continue to scale up on climate action. The upcoming National Energy Projections provide the detail.

Ireland’s 2030 commitment on energy efficiency and renewable energy targets will be further detailed in the upcoming first National Energy and Climate Plan, a draft of which is due in December 2018. The existing package of policies and measures will need to be further developed to achieve the ambition outlined in the NDP. And of course, the NDP measures do not act in isolation. Other measures that seek to grow our economy could lead to growth in emissions. This potential must be given due consideration in all cases.

The next few months will be crucial. We will need to be courageous in the choices we make individually and as a nation. SEAI is committed to providing analysis and expertise to inform a package of new policies and measures that will drive uptake and target achievement. With concerted effort and cooperation across government, all stakeholders in the sector, and with citizens we can transform our economy into one based on sustainable technologies and practices.

Given the cumulative nature of emissions in the atmosphere – we must do this urgently. Renewable energy is a significant part of the wider package of measures required across all sectors of the economy, including agriculture, to tackle climate change. Immediate and significant action is essential to meet our commitments at EU level and to the Paris Agreement. This is our time. There is none left to lose. It’s imperative we scale up renewables now.