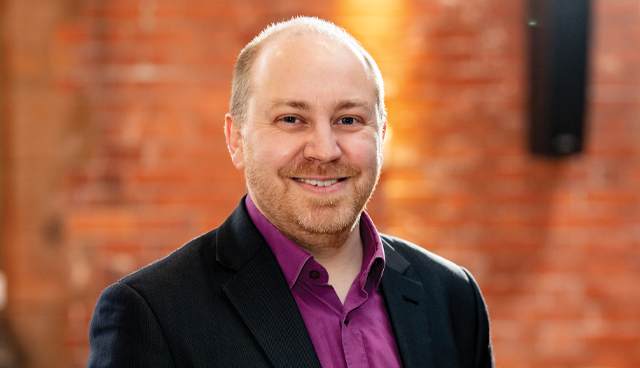 With the production of a new Energy Strategy for Northern Ireland underway, the region must be enabled for a new wave of renewables, says RenewableNI Head Steven Agnew.

Agnew has recently led the rebrand of RenewableNI (formerly NIRIG) in a move which he believes reflects the group’s growing ambitions.

The growing trade association represents over 40 businesses across the sector and serves as the voice of the renewable electricity industry in Northern Ireland, with ambitions to strengthen their position at the heart of decision-making within energy policy.

“Our new concise and fresh branding is reflective of these ambitions and brings us closer in line with that of our partner associations, RenewableUK and IWEA. As part of the rebranding activity, we are also updating our website which will host facts and statistics about renewable energy as well as the latest research and reports,” Agnew states.

Agnew believes that the role of RenewableNI has never been more important as Northern Ireland plots its course towards net zero carbon by 2050 through the new Energy Strategy being developed by the Department for the Economy (DfE).

Outlining that it is “essential” that the November 2021 timeframe for the new strategy’s delivery is met, Agnew welcomes a commitment by the DfE Minister Diane Dodds to a not less than 70 per cent renewable electricity target for 2030.

However, Agnew also believes that scope exists for an even greater stretch target of 80 per cent, highlighting the existing success of Northern Ireland surpassing its 40 per cent by 2020 target, with almost half of all electricity now coming from renewables.

“Recent analysis suggests that the CFD model in Great Britain will actually result in a net contribution from generator to consumer and Northern Ireland needs that form of price guarantee to de-risk investment in renewable technologies.”

A further enabler highlighted by Agnew is investment in the electricity grid. Currently Northern Ireland’s electricity system can host 65 per cent of renewables on the system any given time. SONI have outlined ambitions to have 75 per cent by 2021 and 95 per cent by 2030, however, significant investment will be needed to reach these targets.

Agnew adds: “To complement grid investment we need a facilitative planning regime. Currently we’re developing an Energy Strategy that is predicted to incentivise greater renewable penetration but we’ve also got a planning system that is resisting new build out. We need joined-up government across all levels and policy alignment if we are to realise our ambitions.”

Discussing the importance of increased renewable penetration on the electricity system as an enabler of decarbonisation of the whole economy, Agnew states: “The decarbonisation of electricity is a great success story in Northern Ireland but we’re still struggling to turn the curve in relation to heat and transport. It now appears likely that the greatest progress in these areas will be made through electrification in the forms of EVs, heat pumps and hydrogen production through electrolysis. In all scenarios looking forward to 2030, power is going to play an increasingly important part and most analysis suggests that if we are to decarbonise fully by 2050 then we need to have a net zero power sector by 2040 at the latest.”

Agnew is aware that the energy transition will not be done by the industry alone, stating: “It’s important that the transition to a low carbon economy is a just transition. As an industry we must look at how we can better engage with communities and ensure that not only are there benefits but that those benefits are perceived. Renewables in Northern Ireland generate approximately £2 million a year to local communities and pay around £10 million in rates per year, however, as an industry we need to tell our story better to help bring communities along with us.”

Concluding, Agnew says: “As an organisation we realise that Northern Ireland is on the cusp of the next wave of renewables and this will only increase as we move towards 2030. We anticipate a growth of our membership and resources as a result, ensuring that we can influence the policy agenda and that we are at the heart of decision-making when it comes to energy policy.”