Putting solar PV in the mix 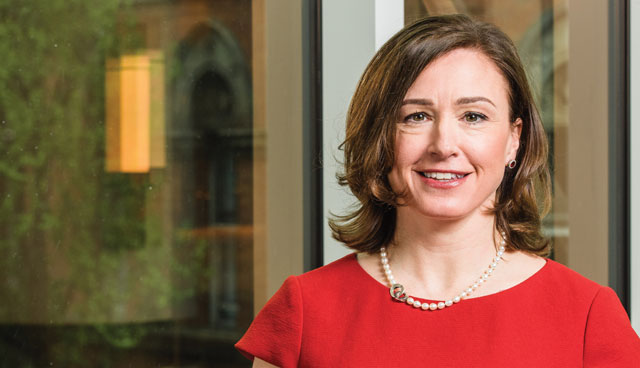 In the last month, the role of renewable energy as a key enabler to both economic growth and decarbonisation of the energy sector economy has been endorsed by the Northern Ireland and UK Governments, with our local Economy Minister, Diane Dodds, and Prime Minister, Boris Johnson, both singing from the same hymn sheet with their future ambitions.

The Prime Minister has turned his attention to offshore wind farms, which he says will generate enough electricity to power every home in the UK within a decade. He has unveiled a £160 million plan to upgrade ports and factories for building turbines to help the country “build back greener”, with aims to create 2,000 jobs in construction and support 60,000 more.

Renewable electricity in Northern Ireland is primarily generated through onshore wind turbines and the industry supports an estimated 5,400 jobs. It was interesting to hear the Economy Minister include offshore wind as holding potential for Northern Ireland via the deployment of floating foundations (as fixed foundation development has already been ruled out). However, given that demand for electricity peaks at about 1,800MW, we are unlikely to see more than one large offshore plant being developed.

Minister Dodds has already committed to a target of at least 70 per cent of electricity from renewable sources by 2030, notwithstanding that the draft Energy Strategy is not due for consultation until March 2021. While this firm commitment to renewables has been welcomed, the renewables sector is calling for an even more ambitious target of 80 per cent by 2030. The impact of closing the previous support scheme in 2016-2017 with no follow-up solution is clearly evidenced by the total absence of new large-scale renewable projects becoming operational in 2019.

The success of the new 70-80 per cent target will depend on a number of factors, the key one being the introduction of an appropriate new support scheme as early as possible.

Power generation tends to get most attention in the decarbonisation conversation but heat and transport are major contributors to carbon emissions. The new Energy Strategy will need to address heat and transport as part of the decarbonisation mix. It’s unsurprising that green hydrogen has become a hot topic in Northern Ireland, particularly given the prevalence of wind farms here. Indeed it is Minister Dodds’ vision, that hydrogen will play a dual role in both contributing to decarbonisation of the sector and to the economic revival post-Covid, with Northern Ireland becoming a world leading manufacturing base for electrolyers, which are an essential component of green hydrogen.

The energy sector is multifaceted comprising grid, planning, infrastructure interconnection, gas, renewables, investors, consumers, suppliers, regulators, policy, markets, consultants, industry bodies and so on. The establishment of the Power Working Group recognises the importance of joined up policy for delivering on key elements like grid and planning. The impact on society as a whole of the next Energy Strategy for Northern Ireland should not be underestimated and we look forward to a collaborative and ambitious vision.

I enjoyed the IWEA and Renewable NI’s joint all-island conference on 26 and 27 November 2020, where we heard from speakers who are driving innovation in achieving the UK’s net zero requirement and turning these ambitions into a reality.