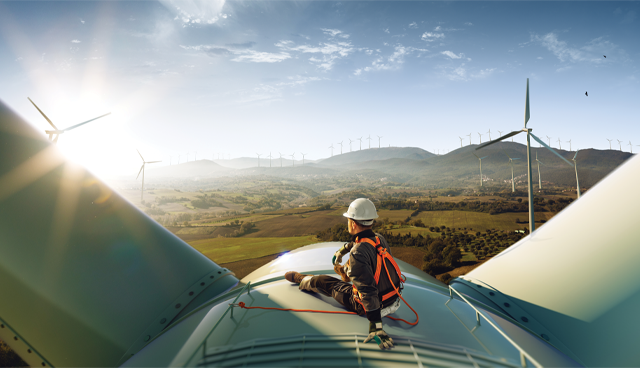 Energy Ireland brought together Dr Paul Deane and Laura Mehigan from MaREI and Dara Lynott CEO of the Electricity Association of Ireland (EAI) to discuss the findings of a ground breaking study that examines what the electricity system will look like in 2030.

Dara Lynott puts the study in context: “The electricity sector is committed to a decarbonised future and supports the Government’s ambition for a carbon neutral economy. To achieve the most cost efficient transformation to a decarbonised electricity sector we need a clear idea of what the power system will look like in 2030. We approached MaREI to undertake such a study, using existing European and government policy as a framework and to take into consideration the constraints of the power system.”

Lynott highlights two important aspects of the report: “This report is a postcard from the future and sets out the challenge we face of swapping the petrol in our cars and the kerosene in our boilers for plugs. But also to coordinate policy, planning and investment to facilitate the increasing levels of electricity generated renewably.”

Paul Deane, Research Fellow, and Laura Mehigan, PhD Researcher, from MaREI undertook the study. Deane outlines the approach taken: “We wanted to put a mirror up to the current policy landscape. A lot of the input data for the study came from the Climate Action Plan (CAP) and other policy documents. It was important for the credibility of the study those inputs set the narratives for the study. For example, if we have one million electric vehicles as envisaged in the CAP, what does that mean for decarbonisation? The study really brought those policy numbers down to earth and looked at what they mean for the electricity system.”

To understand the future 2030 all-Island power system, MAREI has developed an extensive Pan-EU power market model covering EU 27, United Kingdom and Norway for the purpose of this study. The model uses the PLEXOS Integrated Energy Software that is widely used in the power and utilities industry for market price projections asset dispatch modelling, and other purposes.

The model takes key inputs and scenario assumptions such as hourly demand profile, fuel prices, generation portfolios and hourly wind and solar profiles, and has representations of generator technical parameters and interconnection between countries. The model undertakes a least cost optimisation to produce hourly dispatch for the generators and hourly prices for the markets taking full consideration of the operational constraints (ramp rates, start time, availability etc.).

“We set out to see what the power system looks like when decarbonised and how it can be reliable and secure. We sought to see what we need to do to meet the commitments in the Paris Climate Agreement and also to keep the lights on,” explains Deane.

When asked, what does the system look like in 2030? Laura Mehigan replies: “It is a system with a lot of batteries and much more demand side involvement. In terms of energy, it is a dual fuel system; intermittent renewables and gas.

“One notable element was the amount of gas-fired generation capacity that will be needed in 2030; a similar amount that is on the system today,” adds Deane.

The study looked at four core scenarios including a 2030 base case.

2030 base: This is the core scenario which assumes the all-Island system meets a 72 per cent renewable electricity ambition. It assumes Northern Ireland hits a 73 per cent RES-E target and the Republic of Ireland meets its 70 per cent RES-E target. In developing renewable portfolios, we add variable renewable capacity such as wind and solar to the system until the level of ambition is reached and then iteratively adjust battery storage capacity to limit the overall level of variable renewable curtailment to approximately 7 per cent. The values used are indicative only and the exact level of offshore wind, onshore wind, solar and other renewable technology will be determined by competitive auctions and technology development. The renewable portfolios are ‘frozen’ for all scenarios unless specifically stated. All scenarios assume 750MW of demand side response units.

Lower Electrification: In this scenario, the relationship between the electricity system and wider energy system decarbonisation are explored and in particular a 20 per cent reduction in the uptake of electric vehicles and heat pumps is modelled. The targets set out in the Climate Action Plan are used in the base case. The reduction was chosen at 20 per cent as the objective was to explore if the climate ambitions could be feasibly met. “We chose a slightly less ambitious target in order to stretch the model and to test if the model is giving use meaningful results,” explains Deane.

Weather Years Scenario: This scenario undertakes a ‘Dunkelflaute’ analysis (cold and calm snap) which simulates a large number of historic weather years to understand how the electricity system operates in long periods of cold and calm weather.

The model not only modelled the all-island electricity system but looked at the system on a pan-European basis. “Laura, who has had experience previously working in the EirGrid control room, pushed 250,000 hours of weather inputs through the model. You can see the days when the system becomes really stressed,” says Deane.

Laura Mehigan goes on to explain: “We can have a period with lots of wind from the west. On other days our weather can come from the east, being cold and not much wind. The model showed how flexible the system will have to be in 2030 with these variations in weather demand. That is the big issue. How will the system in 2030 cope with changes in the weather? We could have a two week period of strong winds followed by a cold period with little wind. The system will have to flip and that is where interconnection becomes important.” The study included the interconnector capacity that looks probable and assumes that the capacity of the existing interconnectors is available in 2030.

Both authors emphasise that clear climate policy provides clarity on the pace of emission reductions required and reduces the risk of carbon lock in for new investments. They also point out that a greater effort in decarbonisation today will reduce the burden of effort post 2030 and this report also reviews options for different technologies that could further assist decarbonisation in the future. While these options all have implicit uncertainty, they share a requirement for significant capital commitment, long lead times for construction, decades-long operational lifetime and a need for investment decisions to be made well in advance of 2030. A dialogue on the future pathways for the power system is required to ensure the correct policy signals are provided to stakeholders that best position the sector to meet our decarbonisation obligations in the long-term. 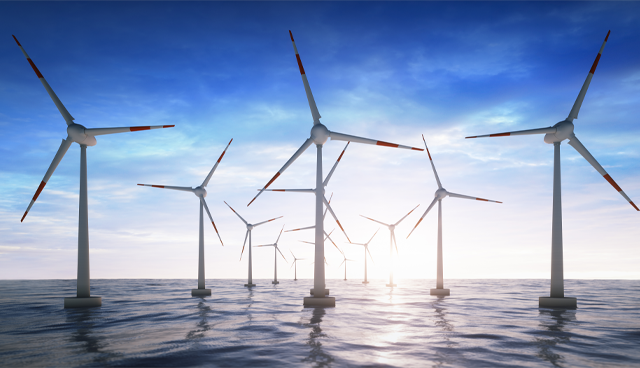 However, this progress cannot be taken for granted and in particular the study highlights the following key findings:

• Achieving a high renewable ambition across the all-Island power system requires the system non-synchronous penetration (SNSP) level to increase to over 85 per cent, grid constraints removed and continued investment in flexibility and grid infrastructure. Without this, emissions will increase, and a lower ambition will be realised;

• Electrification of new loads in heat and transport plays an important role in wider system decarbonisation. To maximise the benefit of renewable generation for emissions reduction, the rate of electrification of new loads, particularly in switching from high-carbon fossil fuel, must keep pace. Slower uptake on technologies such as heat pumps and electric vehicles has a net increase on wider energy system emissions;

• While wind energy will be the main driver of decarbonisation, the reliable delivery of electricity requires conventional generation to play a necessary role providing energy, system services and flexibility. The required gas fired capacity in 2030 is similar to today, but gas fired generation will operate less [approximately 20 per cent less energy compared to 2019 (or approximately 4 TWh less)]. Options to decarbonize conventional generation beyond 2030 need to be examined now to ensure investment and action in a timely manner;

• All-Island power system emissions should not be greater than 6.2 million tonnes in 2030 to be in line with obligations under the Paris Climate Agreement. The modelled all-island 2030 system is just on the outer envelope of this range [approximately 6.3 million tonnes]. Efforts to reduce emissions should be pursued to bring the system in line with expectations and reduce the burden of decarbonisation post 2030;

• Significant investment must be made across both the power system and wider energy system to achieve ambitious levels of emissions reduction on the all-island system. Based on public data, the study estimates an ‘overnight’ cumulative investment of approximately €32 billion for the all-island power system with 90 per cent of costs on physical infrastructure such as wind turbines and grid delivery and 10 per cent on system services to facilitate the operation of the power system with high levels of renewables. This level of investment requires strong and stable policy signals to deliver on climate ambition;

In addition to the four core scenarios, the study looked at a number of sensitivities:

1) An increase in wind capacity;

4) The impact of a Carbon Capture and Storage (CCS) plant on all-island emissions; and

5) The impact of varying generation portfolios in France and the UK.

Mehigan reflects that it was useful to run a number of sensitivities on the base case scenario: “All the sensitivities are very challenging, including the additional wind capacity and the use of CCS [carbon capture and storage]. CCS was included as it features in most European policy documents for 2030.”

In the Republic of Ireland, the support of a Net Zero economy by 2050 has been reaffirmed in the Programme for Government published in June 2020. In Northern Ireland, the Department for the Economy began the process of developing a new energy strategy to identify potential pathways to reach a Net Zero 2050 target for the energy sector. 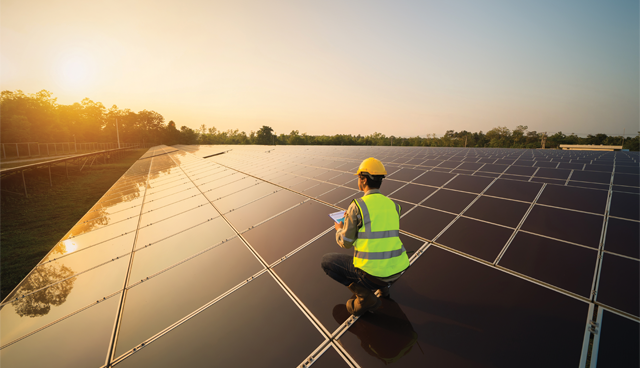 The study looks at potential pathways to post-2030. It includes the 5GW of additional wind energy to the CAP that is in the Programme for Government. It assumes that this will be able to be dispatched, with much of it exported, and that ‘dispatch down’ will be in single figures. The results show that all-island power system emissions should not be greater than 6.2 Mt in 2030. The report highlights the need for increased interconnection post-2030 and also looks to understand the potential resource available from curtailed renewables for hydrogen production. Lynott highlights the fact that “ultimately it will be this renewable electricity that will be relied upon to fuel the back- up Zero e-Mission generation of the Future. The time to invest in our all-island electricity system is now and is a no-regrets decision that future generations will benefit from”.

This study details what the 2030 all-island power system will look like within the current policy parameters as set out in the Climate Action Plan and energy policy, North and South.

“The system we have today on the island was planned in 2008 with the all-island grid study. That study was incredibly influential in shaping the all-island market we have today. This study looks at the drivers and options for guiding us to a low carbon future. The time line of 2030 means that we need to start right now. The difference with this study compared to the previous study is that we now need to fundamentally change how we operate the grid,” says Deane.

Mehigan sounds a cautionary note: “Looking to the 2030 market we don’t need investors putting all the eggs in one technology basket. Investment should be spread across a mix of technologies.”

The Electricity Association of Ireland (EAI) believes in a decarbonised future powered by electricity and is the
all-island representative body for the electricity industry and gas retail sector. EAI represents the entire value-chain for the sector from electricity generation and distribution through to retail. Its members range in size from single plant operators and independent suppliers to international power utilities and represent over 90 per cent of the market.