Where is the renewable energy NPHET? 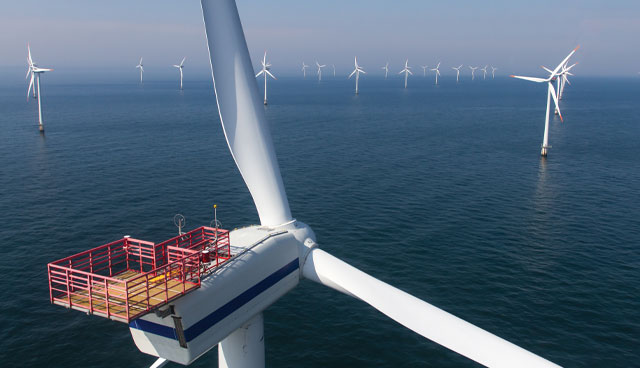 Principal Officer in the Department of Housing, Local Government and Heritage, Conor McCabe, outlines the delivery of a National Marine Planning Framework (NMPF) in the context of ambitions to enhance offshore wind generation in Ireland.

“The launch of the National Marine Planning Framework marks an important step in the proper management of our seas,” says McCabe. “There is a pressing need for a coordinated and coherent approach to decision-making and governance of the key human and sectoral activities within our area.”

Highlighting a greater recognition of the significance of Ireland’s maritime area, McCabe says: “Human activities are putting pressure on the marine and coastal areas. We have had a coherent system of planning for land use for decades but marine planning is a relatively new concept in this country.”

Outlining the progress of marine spatial planning in Ireland from its earliest stage, McCabe points to the EU Maritime Spatial Planning Directive which requires all member states to implement marine spatial plans by March 2021. Ireland’s marine spatial plan is called the National Marine Planning Framework and endeavours to set out how our seas will be managed through to 2040.

The Framework, which has been legislated for under Part 5 of the Planning and Development (Amendment) Act 2018, means that all maritime plans and policies must meet the objectives of the Framework when launched later this year and sets out a long-term planning framework for how Ireland uses and protects its seas out to 2040.

“Marine spatial planning is a process that brings together the multiple users of our seas to make an informed and coordinated decision about how we use resources,” says McCabe, outlining that the marine spatial plan allows the Irish Government to set a clear direction of how it is going to manage its seas and also to clarify the vision, objectives and priorities, as well as offering direction on a more efficient and strategic use of marine resources.

“The Maritime Jurisdiction Bill 2019, which consolidates and updates the State’s maritime jurisdiction law and was recently approved by Government, will offer coherence to this,” offers McCabe.

In 2019, the Department released a Marine Planning Policy Statement, setting out the vision for marine planning into the future and the NMPF aims to provide sector focussed policies on a strategic and specific level.

McCabe is also responsible for developing and delivery of the Marine Planning and Development Management Bill, one of the Government’s priority pieces of legislation. Offering an update on the Bill’s progress, McCabe says: “The MPDM Bill is being led out by my Department but we work closely with other departments with responsibility for marine activities. We received government approval of draft legal text in July 2019, published a General Scheme in January 2020 and recently received approval from government for further policy changes to the Bill.

“We’re currently going through an intensive work programme between our Department, DECC and the Attorney General’s Office. As seen in the Programme for Government, a nine month end date has been attached to this Bill, so that intensity of effort will need to be sustained over the next few months to meet that challenging deadline. Our next milestone will be in November when the Bill undergoes Pre-Legislative Scrutiny by the Joint Oireachtas Committee on Housing, Local Government and Heritage and once that is complete and we take a breath, that is really when the rubber hits the road in terms of my Minister introducing the Bill to the Dáil and Seanad and steering it through the legislative process. When we emerge from both Houses of the Oireachtas and the President signs the Bill, I am hopeful and determined, to have an Act that will serve the State by introducing a robust, fair and transparent marine planning system. That system will facilitate us on so many levels, none more important than addressing the climate challenge of decarbonisation and protection of our environment.”

“We’re starting off from a point of defragmentation within the marine planning system and we’re trying to overhaul it and introduce consistencies and efficiencies through a governing framework,” he states.

Highlighting how the new marine system will link in with the land planning system and “speak the same language”, McCabe sets out how last year’s Marine Planning Policy Statement parallels with the 2014 Planning Policy Statement which set out a vision for how the planning system on land would work. Similarly, the NMPF will be seen as a ‘sister document’ to the National Planning Framework (NPF), contained in Project Ireland 2040. Much like the regional spatial and economic strategies, local and development plans and local area plans being borne out of the NPF, the NMPF will see regional maritime plans, as well as coastal partnerships and bay area plans.

Highlighting the range of stakeholders involved in delivering the NMPF he says that as well as the marine planning team, his team coordinate the multi-sectoral advisory group chaired by the Minister with responsibility for marine planning and a cross-departmental marine legislation steering group chaired by the Department of Taoiseach. Additionally, the draft Framework has been supported technically and scientifically by the Marine Institute and RPS have conducted a strategic environmental assessment (SEA) and an appropriate assessment (AA) of the NMPF, which was included in the public consultation on the Framework.

Turning to the structure, McCabe outlines that the Framework has been split into two distinct policy areas. Overarching planning policies covers sustainable development pillars in the form of social, environmental and economic and apply to all marine plans. Additionally, there are 16 more specific sectoral activities, ranging from aquaculture to telecommunications and offshore renewable energy.

“Currently there are 19 objectives (some multi-pointed) and 96 policies (36 overarching, 60 sectoral) in the draft NMPF,” states McCabe.

“The sectoral ones are more detailed. They set out the vision and the objectives that government wants to see within these activity areas and we have constructed forms of words in terms of the directions and planning policies which fall from those in order to guide and direct decision-makers in meeting the vision and objectives government has set out.”

Highlighting some of the key elements of 11 objectives related to offshore renewable energy contained in the draft Framework, McCabe points to:

• “decisions on ORE developments should be informed by consideration of space required for other activities of national importance described in the NMPF”.

McCabe explains that each of the policies are accompanied by supporting material including a background to the policy (local, national, European and global context), existing policy cross-reference, spatial information maps, interpretation notes for terms, information signposts and interest suggestions.

Drawing attention to a number of interesting inclusions on offshore renewable energy in the Programme for Government, McCabe says that as it strives to deliver the Marine National Planning Framework by March 2021, the PfG has an ambitious timeline for the the Marine and Planning and Development Management Bill within nine months. It sets out the creation of Project Ireland Marine 2040, including a marine oversight delivery board to be established. Additionally, there is an ambition to develop a new integrated marine sustainable development plan, as a successor to Harnessing Our Ocean Wealth, with a greater focus on sustainability and stakeholder engagement and centrally coordinated by the Department of the Taoiseach to be implemented over the lifetime of the Government.

On how the Department will be bringing forward support programmes in achieving the ambitions, McCabe says: “We will be developing broad statutory marine planning guidelines but also guidelines specific to the offshore renewable energy sector. Additionally, we will be rolling out marine planning through local authorities, which will see local authorities given an enhanced role in consenting in terms of harbours and jetties etcetera.

“We are also creating a digital tool to support developers and decision-makers which we have imaginatively named Marine Plan and this will create a one-stop-shop for data in the marine sector and make that publicly accessible and we’re rolling out an education programme for local authority planners and also to enhance the knowledge of our citizens about our maritime area and maritime planning and their role in this.”

In conclusion, McCabe sets out that the Department are determined to meet the EU Commission’s NMPF submission date by March 2021. Prior to conclusion, the Framework will pass through both houses of the Oireachtas for scrutiny, likely in first quarter of 2021 and then will be submitted to the European Commission, ready for implementation.