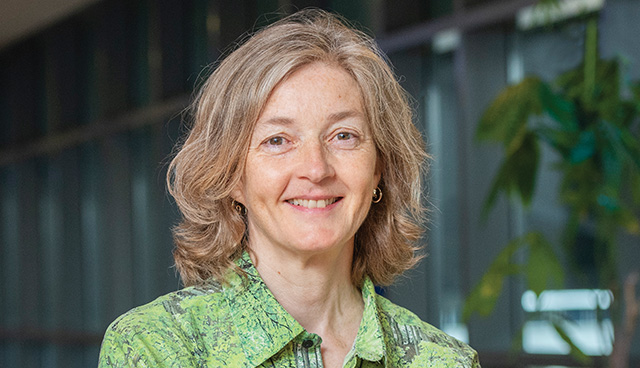 “It is a complex time, and no one’s got all the answers,” concedes Hamilton. In the post-Paris Agreement era, ‘green finance’ has risen up the agenda. “There is a whole debate now. This is essentially pressure on the overall financial sector, linked to the supply of finance for delivering climate solutions and sustainable development,” she says.

A critical driver underpinning long-term engagement of an ever-increasing number of actors in the financial community is longer-term financial stability. The Associate Fellow highlights the Bank of England Chancellor Mark Carney’s ‘Tragedy of the Horizon’ speech in 2015 as having signalled a major change by linking financial stability with climate stability.

Paraphrasing this speech, she explains: “The horizon for monetary policy, extends out two-to-three years and financial stability is 10 years. So, the point at which you know that climate change is impacting financial stability will basically be too late to step in and do something about it. Those are his words and now, two years on, starting to more deeply impact the debate.”

Carney is also the chair of the Financial Stability Board (FSB) and launched the Taskforce on Climate-related Financial Disclosures (TCFD) at the Paris Climate talks with Michael Bloomberg. “This is an effort to embed within both the corporate and the financial institution worlds, an increased pressure to disclose how climate change itself is impacting across their portfolios and operations, so that shareholders have the ability to make an informed long-term decision about the robust nature of the management of those companies,” outlines Hamilton.

Utilising Bloomberg New Energy Finance (NEF) research, the former policy head for the Low Carbon Finance Group indicates that pushing capital towards clean energy is increasingly being seen a risk management issue for institutional investors. Of $71 trillion assets under management, 45 per cent of asset managers back shareholder resolutions on disclosure. As such, companies are going to be under increasing pressure to do that.

As attempts are made to grapple with the pathway for investment in the face of climate change, there are a number of wider initiatives. These incorporate:

“This is not a ‘let’s have a report launch, get a few headlines in the FT and then move on to the next thing’,” asserts Hamilton. As governments vie for a place on the map, a serious debate has emerged, and global capitals are now competing for status as ‘green finance hubs’. Indeed, Dublin is now the European host of the UN’s new Financial Centre for Sustainability (FC4S).

Against the backdrop of the Trump regime in the United States, many are rightly questioning the projections for green finance. The evidence, Hamilton contends is that Trump has, in fact, been a “galvanising force”. In September, California’s Governor Jerry Brown hosted the Global Climate Action Summit. This was a major implementation-focused meeting which motivated a series of announcements from the financial sector, the ‘Investor Agenda’ coalition representing $32 trillion Assets Under Management, and XY a commitment of $4 billion to combat climate change over the next five years.

“We’re 20 years into a 50-year energy transformation. The first 20 have been the easy bit and the next 30 years are more complex.”

Individual financial institutions also came forward: Dutch bank ING, for example, is assessing its $600 million lending portfolio based on climate change, with a view to a whole bank approach. This process, which is pioneering for a big bank, creates pressures for clients’ businesses to conform with the objectives of the Paris Agreement.

“One of the challenges is a question of whether this is a corporate social responsibility (CSR) issue or a financial statement issue for an institution? It’s absolutely clear, no question about it, that it is moving in the direction of full financial reporting. It’s not there yet, but that is a key trend,” Hamilton remarks.

“I’m not certain that it is useful to categorise everything as ‘green’. But this is about the overall financial sector and a shifting from the front of the tanker, to take a long-term view in the context of a sector that has generally been under pressure for a whole lot of reasons to take a very short-term view.” 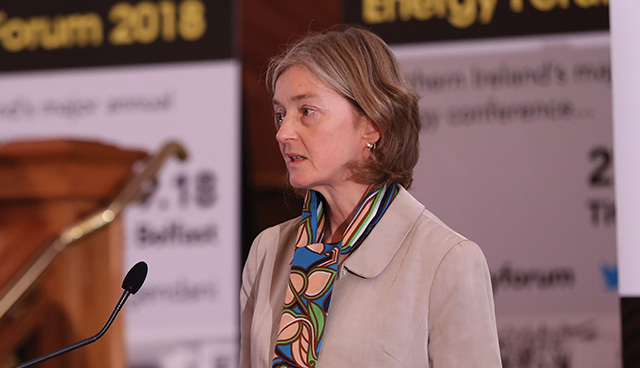 “This is an effort to embed within both the corporate and the financial institution worlds, an increased pressure to disclose how climate change itself is impacting across their portfolios and operations”.

“It highlights the global appetite for infrastructure assets, as institutional capital is looking for fairly low-risk yield and this lines up with the climate agenda to the extent that low carbon infrastructure sits in that bucket. What that means is, for the right kind of investment opportunities and projects, including on the ‘clean’ side, technically, there isn’t a shortage of available capital, but, of course, the devil is in the detail,” she details.

“In fact, I went to a conference recently and it was all about Infratech. I think the term is a little bit fashionable. I’ve heard a number of people recently using a quote along the lines, ‘if you’re doing what you were doing two years ago, you’re already out of date’. As that volume of capital is looking for infrastructure assets, there is a lot of competition and that means that people are looking at taking a little bit more risk. There is a lot of interest in some of the new technologies.”

Overall, there is a sense of opportunity. While “it’s messy out there, investment is finding a way in”.

Cost reductions are a background context which drives uptake. Highlighting UK offshore wind regime figures from 2014 to 2017, Hamilton outlines an astonishing level of cost reduction that had not been anticipated.

“Low Carbon Finance Group worked on the British Government’s Electricity Market Reform (EMR). When it undertook its interim administrated first round of ‘contracts for difference’ (CfDs) it was between £140 and £150 per MW hour.” After auction round one in 2015, this reduced to between £114 and £120 and after the second round in 2017, there was a further reduction down to between £57.50 and £74.50 (the numbers linked to delivery year)

However, in the German mid-2018 auction, the price has risen slightly. As such, it’s not a trajectory that is always linearly decreasing and it is dependent on the details of local conditions.

Climate too has a role in driving investment in innovation. Contextualising what is required to deliver the Paris Agreement, Bloomberg NEF has indicated that even a complete global coal phase-out will not be sufficient. Consequently, there is a pressure to drive more innovation.

“I’m not a big fan of loose terms like ‘innovation’ because I’m not overly sure what it means exactly. Therefore, you can have an entire debate where people use it in different ways. On the other hand, it is absolutely clear that the pressure is only going to increase on delivering Paris and we’re not going to get there with exactly what we have now,” says Hamilton.

“The really big opportunity is to take those big picture green finance agenda and converge that with what actually delivers results on the ground. That’s my personal view. That’s what I’ve worked on for the last 15 years.”

The challenge, in the face of disruption where there is a lot of complexity as well as opportunity, is defining the role of policy. “There isn’t just a straightforward answer. As one finance practitioner said recently: “We’re 20 years into a 50-year energy transformation. The first 20 have been the easy bit and the next 30 years are more complex,” she acknowledges.

In this, the role of policymakers is to provide firm long-term direction; remove regulatory obstacles; recognise where gaps remain; and to provide an agile form of monitoring. How then can structures for policy makers assist in systematising their understanding of investment in terms of both policy design and monitoring?

Monitoring investment is needed in order to avoid ‘delivery risk’. This is the term used by the UK Committee on Climate Change to mean the risk that policies are not going to deliver. “You don’t want to find out after that there has been a decrease in investment in renewables going on between 2015 and 2017. You want to find that out in 2015 before it’s happened, rather than in 2017.

“This is a risk issue, and so that means that you need a forward monitoring for finance and investment, that governments can embed in their system. I know that’s a bit complicated, but that is something that can be developed alongside good policy design for attracting investment in the first place,” Hamilton remarks.

The associate fellow is examining with financiers the analytic processes from the financial sector which can be transferred over to governments to help them to monitor investment. This means that in the face of a complex moving environment, there are markers which indicate when something gets off-track. “That sounds quite complicated, but it is about how to set up an early warning system, or a dashboard that given an alert when something is not working as assumed.

“A major part of responding to the very significant changes required to deliver 1.5°C is to embed these things – so at the procedural level for policy design and implementation rather than leaving it down to individual officials to do from scratch each time.

“Perhaps surprisingly, the framework for embedding climate risk (and disclosure) into financial institutions and corporations works very well when embedding investment considerations into government policy. Monitoring is one element.

“It’s about how you take the long-term trends and how you navigate through complex decision-making in an energy system context where technologies are disrupting things in waves,” Hamilton concludes.