Peeping over the fence: RESS allocation and lessons to be learned from the GB CfD Regime 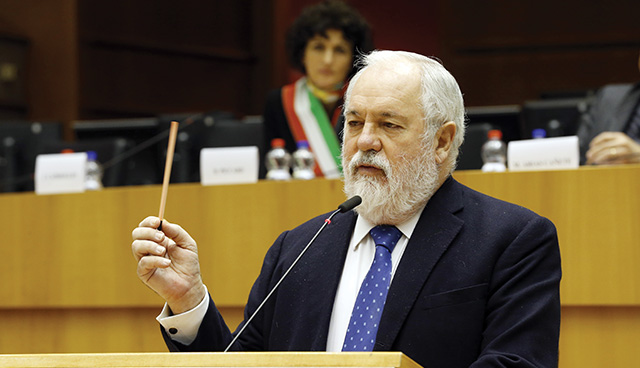 Following the announcement that half of the legislative proposals of the 2016 Clean Energy for All Europeans package have now been agreed, David Whelan outlines the ambitions of what has been agreed out to 2030.

In June 2018, negotiators from the Commission, the European Parliament and the Council agreed the revised Renewable Energy Directive. The new regulatory framework included a binding renewable energy target for the EU for 2030 of 32 per cent with an upwards revision clause by 2023.

The need for revision was based on projections that without policy change, EU energy systems would reach just 24.3 per cent of renewable energy consumption by 2030. It was also recognised that a lack of a future roadmap would “seriously risk undermining” the Union’s political ambition as being a world leader in renewable energy and the benefits of increased energy supply from indigenous sources, whilst reducing consumer participation in the energy system.

A key focus for the revision was to increase membership accountability and reduce the gaps between best and worst performing member states in regards to renewable energy. The proposed Directive of the European Parliament and of the Council states: “In the absence of an updated regulatory framework, there is a risk that greater differences within the EU will arise, whereby only the best performing member states will continue the increasing trajectory in renewables’ consumption, while those who are lagging behind will not find any incentive to increase their production and consumption of renewable energy. Moreover, this concentration of the efforts in a few member states would be more expensive and further distort the internal energy market.”

A major shift change within the revision is the way in which member states will contribute to the overall EU goal. Where previously (for 2020 targets) member states had an individual national binding targets, the 2030 framework is solely based on a EU-level binding target of 32 per cent.

Speaking in the context that EU investment in renewables has fallen 60 per cent compared to 2011, The EU’s Commissioner for Climate Action and Energy, Miguel Arias Cañete, outlines the belief that the new format will provide certainty for investors: “This new ambition will help us meet our Paris Agreement goals and will translate into more jobs, lower energy bills for consumers and less energy imports. I am particularly pleased with the new European target of 32 per cent… The binding nature of the target will also provide additional certainty to the investors.”

Certainty for investors comes in the form of political governance of the Energy Union, also agreed in June 2018. Described as the “cornerstone” of the Energy Union, the agreement sets out how EU countries and the Commission work together and how individual member states should co-operate.

“This will be done by making sure that national objectives and policies are coherent with EU goals, while at the same time allowing individual countries flexibility to adapt to national conditions and needs,” the Commission says.

A three-step process is to be put in place which will see:

1. member states formulate national plans on energy and climate to be submitted to the EC by the end of 2018.The EC will then review ambitions and issue proposed revisions to national ambitions in the context of the collective target;

2. member states will report progress on implementing their national plans, monitored by the EC; and

3. the Commission in 2025 will undertake a thorough review of renewable energy progress with the view to implementing gap filling or corrective measures.

The Commission says that the governance agreement stresses the importance of regional cooperation in the development and implementation of energy and climate policies. It calls on EU countries to encourage their citizens to participate in the preparation of the plans, stating that this will foster a new relationship between citizens and decision-makers to build further consensus on the best way to achieve the energy transition. 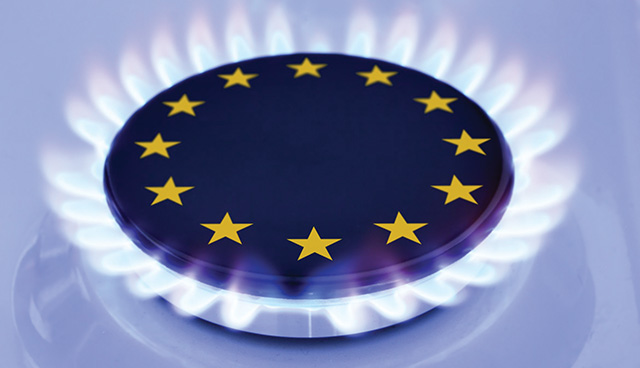 “The binding nature of the target will also provide additional certainty to the investors.”

Commission Vice-President of the Energy Union Maroš Šefčovič says of the agreement: “It will enhance transparency for the benefit of all actors and investors, in particular. It will simplify monitoring and reporting of obligations under the Energy Union, prioritising quality over quantity. And it will help us deliver on promises in the field of energy, climate and beyond. Now I am looking forward to the member states’ draft energy and climate plans by the end of this year, as they send a strong signal to investors who need clarity and predictability.”

As well as the revised Renewable Energy Directive and agreement on governance, two other legislative proposals which have been agreed are the Energy Performance in Buildings Directive and the Energy Efficiency Directive.

The revised Energy Performance of Buildings Directive (EU) 2018/844 entered into force on 9 July 2018, giving EU countries 20 months to transpose the new elements of the Directive into national law. The Directive sets out ambitions for efficiency gains amidst the EU building sector, the EU’s largest energy consumer. The directive includes measures to accelerate the rate of building renovation towards more energy efficient systems and to strengthen the energy performance of new buildings, through smart innovation.

The new regulatory framework for the Energy Efficiency Directive sets out an energy efficiency target for the EU for 2030 of 32.5 per cent with an upwards revision clause by 2023. The Directive recognises the pace of change around new technologies, coupled with reduced costs. Outlining the ambition of the Directive, the Commission says: “The law will extend the annual energy saving obligation beyond 2020, attracting private investments and supporting the emergence of new market actors.

“The rules on individual metering and billing of thermal energy will be strengthened by giving consumers clearer rights to receive more frequent and more useful information on their energy consumption. Member states will be required to have in place transparent, publicly available national rules on the allocation of the cost of heating, cooling and hot water consumption in multi-apartment and multi-purpose buildings with collective systems for such services. Finally, the new changes will lead to lower energy bills for consumers, thereby also addressing energy poverty issues.”

Currently, four out of the eight legislative proposals in the 2016 Clean Energy For All Europeans package which have been agreed compliment the revision of the Emissions Trading System (EU ETS), the Effort Sharing Regulation and the Land Use Change and Forestry Regulation that were also adopted in 2018.

Following the announcement that half of the legislative proposals of the 2016 Clean Energy for All Europeans package have now been agreed, David Whelan outlines the ambitions of what has been agreed out to 2030.