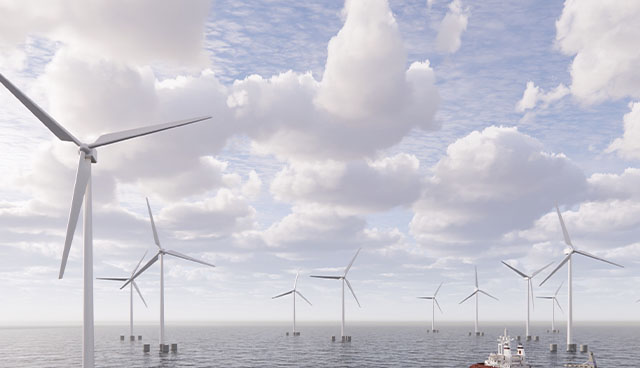 In light of increasing energy prices and the need to source energy from alternative sources, the European Union is stepping up measures to improve its energy security and reduce its dependency on gas imports, writes Jim Dollard, Executive Director of Generation and Trading at ESB.

Ireland can take major steps in this direction by harnessing the country’s abundant floating offshore wind potential to generate green hydrogen and in doing so, create an indigenous carbon free fuel source which can be stored in large volumes.

A report on behalf of ESB by BVG Associates has indicated that just one 400MW floating offshore project has the potential to create almost €1 billion in gross value added (GVA) to Ireland as well as thousands of direct, indirect, and induced jobs. Early development of the floating offshore wind opportunity will position Ireland strongly to build an enduring supply chain capability in this country, delivering jobs and investment to Ireland, as opposed to other countries who have similar potential to develop these supply chains.

As outlined in ESB’s recently launched strategy, Driven to Make a Difference: Net Zero by 2040, the ability to produce and store green hydrogen at scale from floating offshore wind is a key component in terms of delivering a clean energy system for Ireland. It could also prove to be a game-changer in terms of enhancing the country’s energy security.

Ireland has a tremendous opportunity to develop a major indigenous energy storage capability, with ESB already having set out its stall with a number of key project proposals including Green Atlantic at Moneypoint. As part of this ambitious project, ESB will transform the County Clare site into a renewable hub which includes a floating offshore wind farm, wind turbine foundation construction hub, a green hydrogen production, storage, and generation facility. The first component, a €50 million synchronous compensator which will enable higher volumes of renewables on the system, will be commissioned later in 2022.

This capability will be key in solving the issue of renewables intermittency, delivering zero carbon dispatchable power and most critically, provide Ireland with increased energy security. The scale of the opportunity is very significant and could see Ireland reaching energy independence in the medium term. This needs to start now to maximise the many associated benefits for Ireland.

An accelerated approach to floating offshore wind and green hydrogen will ensure our renewable energy targets are met, will deliver material energy security benefits for Ireland, and will provide the potential to grow a supply chain of scale on this Island.