Importance of communities in a distributed energy future 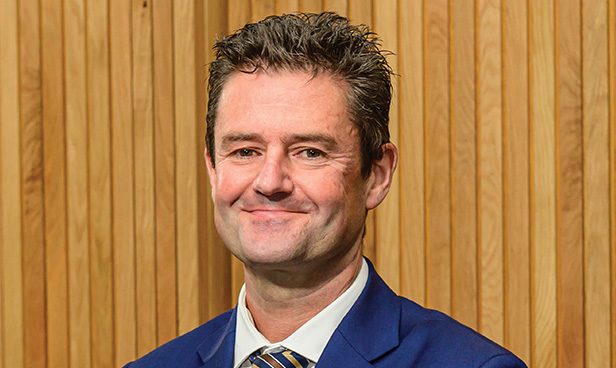 Richard Rodgers, Head of Energy at the Department for the Economy, outlines the push to deliver a long-term energy strategy for Northern Ireland amidst a low-carbon revolution.

Setting the context of a global recognition for urgency in addressing how our use of energy is impacting on the earth’s environment, Rodgers highlights the vast scale of the universe in which meaningful life on earth now exists.

Pointing to the big bang’s creation of some 2,000 billion galaxies, within which our galaxy has between 200 to 400 billion stars and about 20 billion earth like planets, Rodgers states that the formation of earth some four billion years ago and evidence of life some 3.8 billion years ago, is unlikely to be unique to earth alone.

While it is known that earth’s conditions (stability in light, heat and water for billions of years), created ‘meaningful’ life, Rodgers suggests that simple life (simple carbon molecules) is likely to have existed elsewhere too. A prime example is the planet Venus, where in the 1970s a USSR space mission discovered evidence that water had existed some two to three billion years ago.

“However, Venus is a hostile planet today,” explains Rodgers. “The clouds are carbon dioxide and it rains sulphuric acid. The likelihood is that simple life on Venus didn’t develop into meaningful life because Venus, being closer to the sun, was subject to a runaway greenhouse gas effect and all surface water evaporated, meaning the end of life.

“I’m afraid this all sounds frighteningly familiar,” he states.

Focusing on how on Earth, humans have accelerated the threat to existence, Rodgers describes a 160-year “love affair” with oil, the “magic liquid” which has been the backbone of economic development across the world. Oil has always been priced by supply and demand economics but the true cost has never accounted for the millions of years of production or post-costs such as global warming, states Rodgers. Use of oil has meant the CO2 concentration in the earth’s atmosphere is materially increasing. Oil’s convenience and cost-effectiveness has meant that it has become an even more dominant force in the modern economy and this trend will continue unless alternatives are progressed.

Alternatives are progressing, however. As Rodgers highlights, some zero carbon energy does exist today and in Ireland and Northern Ireland, wind and solar power in particular have served as disruptors to the energy mix.

“It’s exciting to think that despite initial societal reservations, over the past 12 months we had 44 per cent of our electricity supply from renewable sources,” says Rodgers, pointing out that at the time of the introduction of government policy and the Northern Ireland Renewables Obligation (NIRO) the figure was just 8 per cent and concerns existed that Northern Ireland would struggle to get 20 per cent of renewables on to the electricity system at any time.

Rodgers was speaking in the context of the recent Systems Operator for Northern Ireland (SONI) launch of a new five year strategy which outlines ambitions to transform Northern Ireland’s power system to handle 95 per cent renewable energy at any one time from the current figure of 65 per cent.

“It is fundamental that we move on from the now redundant Strategic Energy Framework into a living, breathing new draft energy strategy for Northern Ireland.”

Rodgers explains that on top of government policy, Northern Ireland must deal with customer resistance. Highlighting an over reliance on oil and specifically, the private car, he says that in Northern Ireland there are some 900,000 private cars despite there being just over 700,000 homes. In contrast, there are just 2,000 electric vehicles.

Technology, he points out, is an enabler for change and coupled with government policy that onboards the consumer, it can “drive a renewable revolution”.

Rodgers is well aware that in the context of the Paris Agreement, the EU’s Clean Energy package and a massive shift in public awareness, energy is only part of the overall ambition for a net zero carbon target by 2050 but says that the sector must do its bit.

“That’s why it is fundamental that we move on from the now redundant Strategic Energy Framework into a living, breathing new draft energy strategy for Northern Ireland.” Such a strategy will have an outlook to 2050 and the long-term 30-year outlook will involve some 12 checkpoints through six five-year formal reviews and respective mid-term reviews.

“That’s 12 points to test the assumptions and to check whether we are reaching the targets that we set out. It also allows us to assess technology costs, as technology innovates.”

However, key to the success of a future energy strategy will be the ambition to ensure that consumers are at the centre. “Consumers need to be at the centre of our energy policy because they invariably will be the drivers of change. Engagement is key and a future decarbonisation solution will only work if it is generated by the people and for the people. This is widely recognised as we engage across government and drive a joined-up approach to our energy future.”

Rodgers outlines ambitions to issue a call for evidence in 2019 and this will be followed up by an options paper in the middle of 2020 in preparation for the landing of a draft energy strategy by the end of 2020.

Concluding, Rodgers says that the overall outcome for any future energy strategy will contribute to the legislative net zero carbon by 2050 target. Two fundamental principles in driving this ambition, he outlines, are firstly, to keep industry competitive, ensuring affordable energy costs are in line with neighbouring countries and trading partners. Secondly, that Northern Ireland recognises the genuine potential of decarbonisation to eradicate fuel poverty.

“In the past we have been told that fuel poverty couldn’t be fully tackled because of the volatility of fossil fuel prices. There is a massive opportunity over the coming years to eradicate fuel poverty supported by the delivery of more stable energy costs,” he suggests.