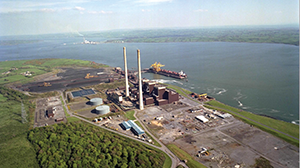 Malcolm Brown, BW Energy, explains why cost effective decarbonisation is critical and how the use of biomass could alleviate the problem of rising wind costs.

For decarbonisation policies to be politically sustainable they need to support the most cost effective carbon-abating technologies. Ideally they also should maintain or enhance security of supply, maximise domestic ‘green jobs’ and minimise economic collateral damage to other important national industries.
This is critical at a time when EU decarbonisation policies are increasingly under threat in an electricity industry that needs a stable and predictable long-term investment framework.

The problem for Ireland is that it already has amongst the highest prices for power in Europe but has set itself the target of generating 40% of all its electricity from renewable sources by 2020.

This may well be feasible, but I question whether the current ‘all wind’ policy is the cheapest way to ‘go green’. If a cheaper technology is available, surely it is worth examination?

Converting the Moneypoint coal-fired power-station, the largest single producer of greenhouse gases in Ireland, to burn sustainable biomass, is cheaper than building and operating more onshore wind farms. Furthermore, security of supply could be assured, with scope for developing a sustainable domestic biomass supply-chain and many ‘green jobs’.

This approach would not put Ireland’s world famous tourism and bloodstock industries at risk and would protect the country from becoming an industrialised landscape of wind-turbines and pylons.

Rising cost of wind
Ireland’s renewables strategy from 2007, effectively an ‘all wind’ one, had got over half-way to its 40% target by the end of 2013. As such, the strategy to date should be seen as a success.

However, whether continuing with this ‘all wind’ approach is sensible is a completely different matter. Attainment of the 40% target will not only require another 200 wind farms but also 700km of new transmission lines and hundreds of new pylons to carry them. These transmission reinforcements alone will cost up to €3.9bn, according to EirGrid and consumers will pay the price.

Accommodating more wind onto the transmission system needs more than just transmission lines and pylons; it requires changes in the way the other power stations operate, to cope with the variable output from wind. These system costs may well have been low when wind accounted for less than 20% of consumption on average.
For low “penetration” of wind, it is the variations in demand for electricity that determines how EirGrid tells the other gas and coal stations to operate. However, if wind is to provide 40 per cent of generation on average, then, on many occasions, it will be changes in the wind that cause power stations to change their operation, rather than demand. This means that the wind will cause additional ‘system costs’. The Irish Academy of Engineers estimated that these hidden costs amount to around €30/MWh, a figure recently confirmed by the industry group of the Single Electricity Market for this island.

So, if we add the cost of keeping the system in balance, then the cost of wind power is not just the payment made to wind generators, which is set by the government’s tariff, called REFIT, at €70/MWh, but is €100/MWh, over 40 per cent higher. Moreover, when these power stations have to change their output in order to accommodate the wind, they cannot operate at their optimum level, so their efficiency falls. This leads to an increase in the greenhouse gas emissions from these fossil stations, needed to accommodate the wind. Wind power is neither ‘free’ nor zero carbon.

Drax and Moneypoint
One option not available to Ireland in 2007 was that of sustainable biomass. There was no largescale supply chain of sustainable biomass, which is material made from branches, tops of trees and other low-grade product that is often left to rot, as well as sawdust and chips.

In the mid-2000s, utilities in Europe experimented with co-firing wood in coal-fired stations because power produced from biomass would be classed ‘renewable’ and therefore receive incentive payments. Eventually the rules for auditing and “verifying” that the products were produced ‘sustainably’ were established within the EU, and the international biomass market grew in volume.

So much so that in 2012 Drax, Europe’s largest coal-fired power station, decided to convert half of its units to burn sustainable biomass and signed long-term fixed price contracts for the delivery of biomass. Drax is a power-station with six boilers each producing 660 MW. The first two units were converted by 2014, on time and to cost. The performance has exceeded expectations with negligible degradation in output or efficiency. Environmental assessments have found that the CO2 emissions at Drax fell by over 85 per cent when the boilers switched from coal to sustainable biomass. This analysis took into account the consumption of fossil fuels used to collect and process the forestry waste to make the pellets and their transport by sea and then rail to Drax.

Moneypoint is ideally situated for direct deliveries and should be an excellent candidate for conversion to biomass. Drax, on the other hand, receives the bulk of its biomass shipped from the US to North-East UK, and then transhipped by rail the 60 miles to Drax. Costs of delivery to Moneypoint would be lower. Based on the actual cost at Drax, Moneypoint could be converted for around €380m (one-tenth of the EirGrid plan for wind-supporting Grid 25). Unlike the plan for ‘more wind’, there will be no additional system costs. So, the cost of generating electricity from biomass at Moneypoint is likely to be lower than ‘more onshore wind’.

Cheaper carbon abatement
Coal is one of the most carbon-intensive power generation fuels (peat is 10 per cent ‘dirtier’). When coal is burned to generate electricity it releases twice as much CO2 as gas in a modern combined-cycle gas turbine. Therefore, displacing coal with sustainable biomass at Moneypoint is far more effective at lowering emissions than building additional wind turbines (which displace gas fired generation).

Preliminary assessments demonstrated that the cost of carbon abatement is around €135/tCO2 for new onshore wind, compared to around €60/tCO2 for biomass at Moneypoint.

Given that the biomass option imposes lower costs on consumers, maintains or enhances security of supply and creates scope for domestic ‘green jobs’ avoiding the need to litter the countryside with giant turbines and pylons which would threaten key homeland industries, why would one commit to more onshore wind?

BW Energy
Dr. Anthony White and Malcolm Brown are co-founders of BW Energy, which is a strategic consulting company, specialising in financial and strategic matters relating to the decarbonisation of the energy sector. Prior to founding BW Energy in 2010, Anthony and Malcolm were both senior executives at Climate Change Capital, manager of the world’s largest private sector carbon credits fund (£1.5 billion) and global renewables financier. Between them they have over 70 years of experience in the power industry and capital markets.