Digitalisation of the energy sector: The future is smart! 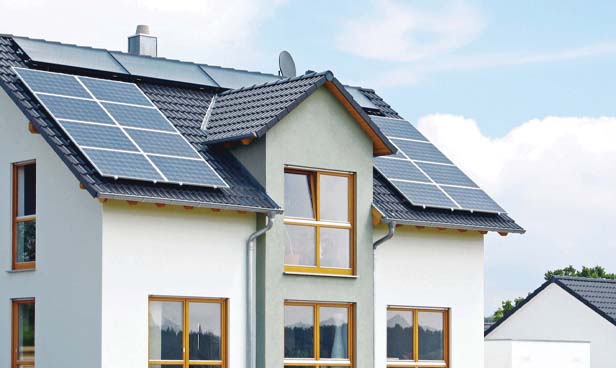 A pledge to increase the number of community-owned renewable electricity generation projects in the coming years by Environment, Climate and Communications Minister, Eamon Ryan TD, has been supported by the publication of a new Community Enabling Framework.

The publication of the Framework comes ahead of the of the Government’s second onshore Renewable Electricity Support Scheme (RESS-2) auction, where the number the number of community-based projects is expected to increase significantly.

In 2020, Ireland’s first ever renewable energy support scheme (RESS-1) saw seven community energy projects included in the awarding of supports to 82 electricity projects. At the time the award was recognised as the first step in a move towards incentivising community involvement in the energy transition.

The Programme for Government (PfG) commits to a ‘renewables revolution’, recognising the challenges associated with a national ambition of at least 70 per cent renewable electricity by 2030. The PfG stated that communities “will play their part”.

Instead, the Government has recognised the potential benefits of increasing the levels of community buy-in to what will be required if Ireland is to hit its renewable target. The incentivising of community generation also goes beyond community benefit funding announced under RESS-1, where communities can benefit from renewable electricity project acceptance and instead encourages their active participation in the transition.

‘Winning the hearts and minds’ of communities and consumers, driving behavioural change, is arguably the Government’s greatest challenge in reaching its renewable electricity targets.

“Future auctions will very much concentrate and try to support that community ownership development because it’s vital that if we are to have this as a just transition, that we’ve got public support for what we have to do,” Minister Ryan said after the RESS-1 award.

The RESS Community Steering Board’s membership is comprised of:

In February 2021, the Minister outlined a new requirement to ensure community projects must be 100 per cent community-owned to gain 15-year support in the RESS.

RESS-2, focusing on onshore wind and solar generation, was originally expected to run in 2021 but is likely to be delayed until early 2022 as the Department also looks to stage Ireland’s first offshore wind auction in the same timeframe.

In July 2021, the Minister signalled an intention to help communities build expertise ahead of RESS-2. Included in a package of new measures, the Minister announced:

“We have seen in other countries, like Germany, that direct citizen and community involvement in the green energy revolution both benefits communities and builds support for the radical transformation we need to make to reach our climate goals,” said Ryan.

“We’ve already seen seven community projects, (five solar and two wind projects) succeed in our first Renewable Energy Support Scheme auction. I want to build on this by providing communities with the expertise they need to develop more of these projects.”

The Minister set out that the Community Enabling Framework would assist and support communities through the complex process of electricity generation and provide a range of technical and financial supports at the various stages in the life-cycle of a renewable project.

“The framework will de-risk the project development process for communities and will drive delivery on our ambitious community energy targets,” he added.

Alongside targeted supports for communities, the Department has published the RESS-1 Community Benefit Fund Good Practice Principles Handbook. RESS mandates all RESS projects to establish a Community Benefit Fund worth €2/MWh of generation. It is estimated that some €4 million will be spent on sustainable community initiatives in close proximity to RESS-1 projects each year.

A third aspect of the new support package is the establishment of the RESS Community Steering Board, bringing together “a distinguished panel of experience and academic achievement in the fields of renewable energy and in community engagement and activism in Ireland”.

Speaking before the first meeting of the board, Minister Ryan said: “Communities developing their own electricity generation projects is a new and exciting sector in our energy system. I want to ensure communities have a say in directing how this sector evolves. I have established a Steering Board, which includes several community representatives and advocates, as well as academic experts, to advise me on policy and implementation.”

The Framework has been developed with the aim to encourage other communities to follow the lead of the seven community projects successful in the first RESS auction, which are outlined below.