Delivering urgency in Ireland’s response to the climate crisis 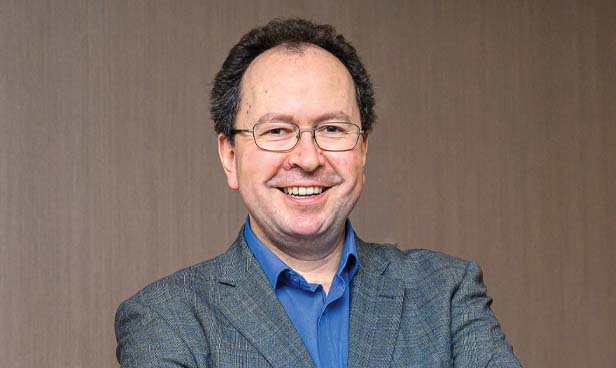 MaREI Director Professor Brian Ó Gallachóir discusses the role of carbon budgets in the interface between climate ambition to climate action and explores some of the tough choices that need to be made in relation to pathways.

Ó Gallachóir, a member of the enhanced Climate Change Advisory Council’s carbon budgets committee, believes that climate ambition has tended to focus on the end goals, rather than on the pathways required to get there.

Discussing the enshrinement in policy of the 30 per cent reduction in greenhouse gas emissions target in 2019, later raised to 51 per cent through the Programme for Government and bolstered by a net-zero carbon target by 2050, Ó Gallachóir says: “These endpoint targets are very important but they are not the full story. The pathway to get to that endpoint is critical and carbon budgets play a key role in that.”

Ó Gallachóir highlights that a climate neutrality objective by 2050 does not outline a pathway and examples the challenge in this by posing the question: “Do we look to a linear trajectory, or do we approach this in a different way?”

When seeking an answer to such a question, the academic states that it is worth reflecting on the past. From 1990 Ireland’s emissions grew to a peak in 2005, correlating with significant economic growth. A 20 per cent reduction in greenhouse gas emissions since 2005, while welcomed, cannot be credited to successful climate policy alone, when considering the effect of the economic recession and the Covid-19 pandemic on emission reductions.

“The pathway to get to that endpoint is critical and carbon budgets play a key role in that.”

Ó Gallachóir is quick to point out that some progress has been made, specifically pointing to success in greenhouse gas emission reduction in energy, which has removed some 12 MtCO2eq through things like renewable energy and energy efficiency.

“When we consider the pathway to 2050, it is very important in the context of our cumulative emissions. The pathway has a key impact in terms of the contribution to climate change because it is the cumulative emissions that we release into the atmosphere that influence the level of temperature rise.”

A discussion paper developed by MaREI (Figure 1) illustrates how alternative carbon budgets will deliver different pathways. All of the pathways illustrated reach carbon neutrality by 2050 but as Ó Gallachóir points out, each has very different implications for the temperature rise.

The Climate Action Bill calls for two different carbon budgets to be established in the period to 2030 and the Climate Change Advisory Committee (CCAC) is undertaking proposals on what these budgets will be.

Ó Gallachóir is a member of the carbon budgets committee set up by the CCAC. The Advisory Council is to advise on the first three of the five-yearly carbon budgets, with the first two focussed on the specific 51 per cent greenhouse gas emissions reduction by 2030. 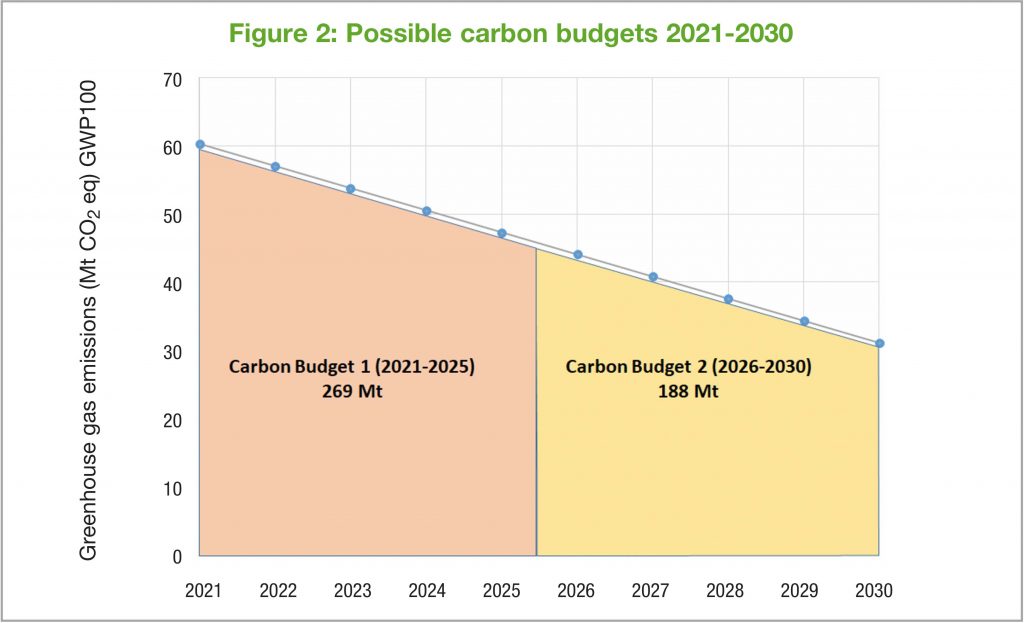 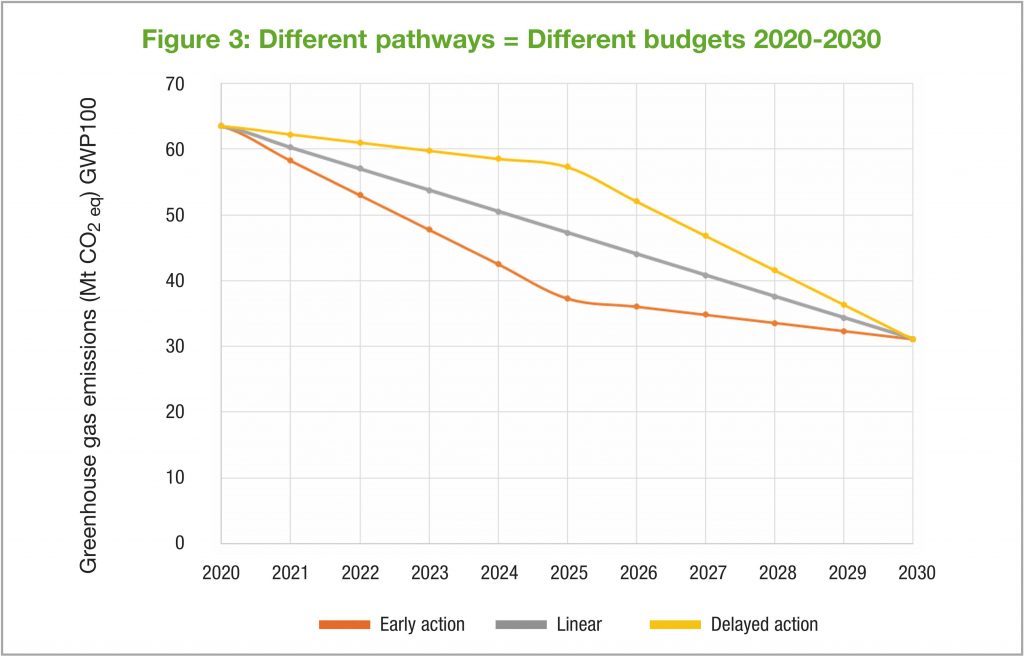 Ó Gallachóir states that a number of open questions exist in relation to the development of carbon budgets. The first and most critical open question is around whether carbon budgets to 2030 should target early action or delayed action. Additionally, some questions have been raised as to how 2018 should be the starting point for a baseline and whether land use, land use change and forestry should be included in these budgets. Finally, the academic poses a question around how to weigh up different topics which need to be taken into account such as climate science, economic competitiveness and climate justice.

Highlighting the difference in the potential approaches, the Director says: “Clearly, if we are focussing on the emission contribution to temperature change, early intervention would be the best pathway. However, if we are thinking about distributional effects, a just transition in an Irish context and the impact on jobs and economic competitiveness on requirements for people to change so quickly, then the steer would be more towards a delayed trajectory.”

Concluding, Ó Gallachóir states that carbon budgets are key to determining the pathway to 51 per cent MtCO2eq by 2030 and so many open questions remain under consideration by the CCAC.

“Achievability depends also on sectoral allocations, effective policies and measures, and societal participation,” he states. “However, I believe that the definition of achievability has changed in light of our experience with the pandemic. We have shown in the last year that we can do things differently and this gives cause for hope. That being said, it does not take away from the scale of the challenge and the fact that there are a range of carbon budget pathways that we need to make decisions on.”