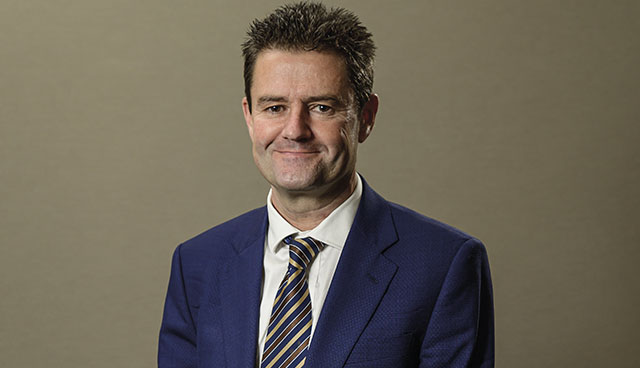 Six months on from the publication of the Government’s Energy Strategy, the Head of Energy in the Department for the Economy (DfE), Richard Rodgers, talks to David Whelan about short-term progress, medium-term aims and the ultimate ambition of a decarbonised energy system, which supports the transformation of our local economy.

“Delivering self-sufficiency in affordable renewable energy as quickly as possible”, Rodgers sets out, emphasising his belief that energy decarbonisation represents the greatest opportunity for society in the region, since the industrial revolution.

The Head of Energy acknowledges a sea change in public awareness in recent years which has shifted mind sets away from viewing energy as simply a cost. In fact, recent global events, not least COP26 and rising energy costs have thrown a spotlight on Northern Ireland’s ever-present over reliance on fossil fuels. However, he acknowledges that there is a significant communication challenge to gain public understanding and buy-in for the potential of renewable energy and zero carbon technology, that would support the transformation of our local economy and help to deliver a healthier and more prosperous society.

“What we have is the greatest opportunity for local society. Our size, at 1.9 million people in around 768,900 households, provides the flexibility to move away from importing the vast majority of energy that we use and wean ourselves off fossil fuels,” he explains.

“The opportunity and the government message is that through energy decarbonisation, we not only create a healthier environment but that we move away from being subject to energy price volatility and sending money outside of the region for fuel and instead capitalise on our natural endowment.”

In December 2021, following two years of extensive engagement, the Executive published its long-term Path to Net Zero Energy, a pathway for energy to 2030 and towards a 2050 vision of net zero carbon and affordable energy by 2050. A short-term annual action plan for 2022, which included 22 actions, was published in January.

Investment in energy decarbonisation will be largely from the private sector and consumers – the former in the infrastructure, which will be fully regulated, and the latter in home appliances and technology. Given the complexity of the energy decarbonisation pathway and also that many of the technologies are developing, the overall cost can only be forecasted. However, the Committee for Climate Change, the UK government advisor, is clear in its forecast that overall there will be a net benefit to consumers.

“International investors have visited and told us that we are one of very few places that has this joined-up vision and while we still have to work through the details, the aspiration is for a central, common support scheme.”

The Northern Ireland Government’s role is to set the policy and the regulatory frameworks, as signalled in the Energy Strategy, to ‘pump prime’ the pathway with public sector investment in demonstrator projects and also provide overall financial support for the integrated energy system solution.

“The intention of the action plan is to drive short-term progress towards what is our ultimate goal, a regulated energy system that is, for the first time ever, across all of heat, power and transport,” he explains. “To do this we need to move from the impressive decarbonisation of the power sector, where we already have over 40 per cent of our electricity generated renewably, to a 100 per cent scenario. We also need to work out how to efficiently store energy for when the wind doesn’t blow.”

Decarbonised electricity, coupled with energy storage and an envisioned smart grid, has the potential to revolutionise Northern Ireland’s energy system and Rodgers believes that Northern Ireland has already indicated its potential to be a global leader on energy innovation.
“Currently, we are operating at 75 per cent System Non-Synchronous Penetration (SNSP) which, with credit to SONI, NIE and our local engineers, is world leading. If we can apply that innovation to the whole-energy system, in the future, our unique selling point will be the delivery of an integrated, AI-controlled and decentralised energy system, meaning that not only will we ensure energy is affordable but also offering the opportunity to rebalance the economy.”

It is this whole-system energy approach which is guiding the thinking around renewable support. While the action plan includes plans to consult on a renewable electricity support scheme for delivery in 2023, Rodgers believes thinking needs to move away from prioritising certain technologies, which he believes has led to a “subsidy chase” elsewhere.

“When we talk about support schemes, I don’t think the future is about individual tariffs. Yes, we will need to have some grant support to pump prime markets but what we really want is a fully regulated energy system in Northern Ireland. That system will deliver stable prices, breaking the link to volatile global commodity markets and based instead on the capital we invest on the cost to maintain that capital.

“International investors have visited and told us that we are one of the very few places that has this joined-up vision and while we still have to work through the details, the aspiration is for a central, common support scheme,” he explains.

Rodgers emphasises that the expertise that will be needed to develop and deliver low- and zero-carbon technologies and to then potentially export those solutions, already exists in Northern Ireland, however, he is aware that more need to be done do develop the skills capacity if the region is to make the most of the opportunity on offer. The 2022 action plan includes an action to carry out an energy skills audit for energy decarbonisation by the end of the year. 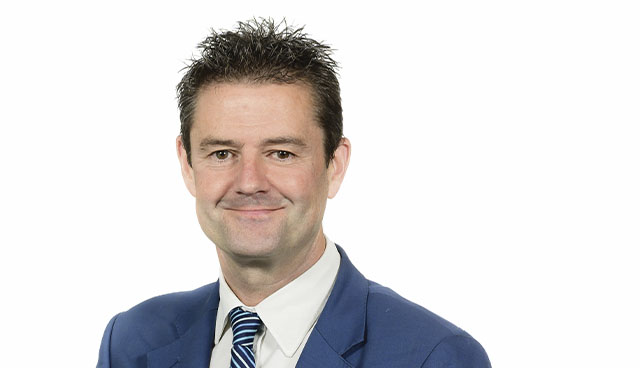 “Our size, at 1.9 million people in around 768,900 households, provides the flexibility to move away from importing the vast majority of energy that we use and wean ourselves off fossil fuels.”

To this end, he believes the whole-of-government approach being applied to energy decarbonisation is advantageous. “Through the over-arching strategy and annual action plans, all of which will be reviewed, we are bringing a private sector formal business rigour to the public sector and we are also ensuring collaboration across government. The skills audit links into the Department for the Economy’s vision for a 10X economy and the Skills Strategy, but we’re also linked into the Department of Agriculture, Environment and Rural Affairs and its landing of the Green Growth Strategy, the Department for Communities’ work around fuel poverty and the Department for Infrastructure around planning and infrastructure delivery. Again, the economic opportunity and societal advantages of energy decarbonisation are being developed and delivered across government.”

The Deputy Secretary is aware that while the vision is clear, a range of challenges will need to be overcome in order to deliver it. Asked what he sees as the biggest barriers to the 2050 goals, the Head of Energy says: “There is always room for more urgency in government. I want to see things move faster, however, we also must ensure that they are done properly and I say that cognisant of the fact that we are still dealing with the shadow of the Renewable Heat Incentive. The resource challenge is not just a financial one, we need to continuously develop our people to deliver good policy.”

He believes that the confidence to successfully move at pace is underpinned by checks and balances introduced to ensure that fundamental mistakes, such as that which occurred with RHI, are caught.

Interestingly, among the ambitions to diversify Northern Ireland’s renewable energy mix, included in the Energy Strategy is the ambition to develop an action plan to deliver 1GW of offshore by 2030. The feasibility and affordability of developing offshore generation in Northern Ireland has long been questioned, firstly because of a complex leasing system with the Crown Estate, and secondly because of the nature of the geology. Rodgers acknowledges that the geology, whereby the island’s coastline has steep shelves, means that floating technology will be required. Suggesting some initial interest already from developers, he says that a challenge from the private sector is to reduce the normal 10-year development timescale for offshore generation into a shorter time period, to aid the 2030 ambitions. He reiterates that the whole-of-government approach will be an asset in this regard.

Concluding with a summary of short-term progress, the Head of Energy expects to report on the progress of the 2022 action plan early in 2023, while at the same time publishing the action plan for the year ahead. On whether current political instability in Northern Ireland will impact on delivery, Rodgers believes that the need for energy decarbonisation is supported by all political parties and there is collective buy-in to the strategy.

“We want to ensure the visibility of our delivery progress. When you consider the seismic shifts that have already occurred in relation to energy even since the action plan was published in January 2022, there is an understanding that our vision has to be flexible but also that we remain focused on the need for urgent delivery.”