A practical solution in the fight against climate change 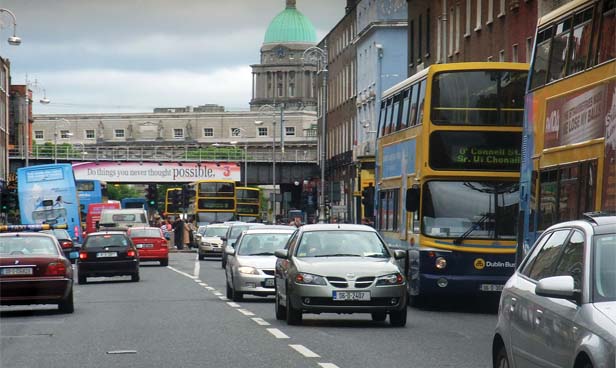 Achieving a targeted 51 per cent reduction in transport emissions by 2030 will require a complete reset of our behaviours, outlines Trinity College Dublin’s Brian Caulfield.

If Ireland is to meet its carbon reduction targets for 2030, how we move and how we use various modes of mobility will change irrevocably. Transportation accounts for approximately 20 per cent of all CO2 emissions in Ireland. By 2030, it is planned that we would reduce our emissions in this sector by 51 per cent. This is a very ambitious target and one that is not for the faint hearted, realising this reduction will require substantial investment and for us all to do our part.

To achieve this change, we must overcome a number of substantial barriers, including:

While some of the above are greater barriers than others and some, such as the short distances traveled, present themselves as opportunities, nevertheless the scale of the problem should not be underestimated. At a national level and an international level, the principles of avoid, shift and improve in relation to reducing emissions is being used to frame how we tackle this problem.

Policies that examine ways to avoid and reduce trips generally tend to be centered on methods to better plan our urban areas, to reduce the need for trips in the first place. Internationally, they tend to look at examples of transit orientated developments whereby, when high density and mixed-use developments are constructed, they have high quality public transport provided. These types of developments tend to have limited car parking and use both public transport and shared mobility options to provide transport services to residents.

This concept has gained a lot of traction in the past two to three years with many cities and areas looking at the concept of a 15-minute city. Under this concept, residents would have access to many amenities within 15 minutes of their home, resulting in shorter journeys and reducing emissions when non-car modes are used.

Travel demand management measures, such as working from home, also fall under the remit of avoid and reduce. The research conducted in Ireland and internationally show that there can be substantial emissions savings from working from home. However, some argue that the work trip can be replaced by several smaller trips, usually taken by car, and this then can erode any emissions savings. The creation of remote working hubs across the country may also provide emission savings and research conducted in Trinity has shown that they could offer a substantial emissions and travel time savings.

The next step is to examine how we shift transport trips onto more sustainable modes. Typically, this tends to be one of the hardest nuts to crack in transportation policy development and planning. The main issue here is to provide alternatives that are as close as possible to the private car in terms of flexibility, cost and convenience. This is a substantial challenge especially in a country like Ireland with low residential density. The improvement of public transport and the provision of new heavy and light rail services is very costly and can take time. The current projections for projects such as MetroLink in Dublin, is that it will not commence operation until early 2030s, years after the target date for a 51 per cent reduction in emissions. 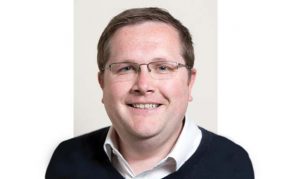 “The task at hand to reduce our emissions in this field is substantial. It will require a complete reset of our behaviors around how and where we move, a change in urban forms with more space dedicated to lower carbon options and a substantial investment by both the state and its citizens.”

It is aimed that the BusConnects project will be completed by the end of the decade, further demonstrating the need for more rapid improvements in public transport. In the interim, while these large transport projects come to fruition, changes to the bus network and also the promotion of active modes can provide some carbon reductions. Specifically, when we look at active modes (walking and cycling), one can see the amount of investment that has been earmarked for these modes and the amount of infrastructure that has been put in place over the past year. Active modes of transport will play a large role in reducing the 30 per cent of our trips that are under 2km.

The final stage in the three-pronged process of reducing emissions from transport is the improve stage. This stage is mainly focused upon improving the ways in which we move by using new technologies and new fuel types power our vehicles more sustainably. The majority of the attention at this stage is focused upon how we power our private vehicle fleet and our public transport modes.

In Ireland, we have very ambitious targets for an increase in electric vehicles and much of our carbon reduction strategies are based around a high penetration rate of these vehicles. There are many obstacles in the way of achieving this ambition, particularly related to when price parity between electric vehicles and traditional vehicles will be reached and to what extent the State will have to incentivise the uptake of these vehicles.

The charging infrastructure required and the flexibility of the power grid are also large projects which need finished to achieve our 2030 targets. However, the electrification of mobility is not the soul remit of private cars and this electrification has been happening in bicycles and scooters over the past two to three years. One could argue that the electric vehicle targets should also include bicycles and scooters and that incentives for these should also be included. The improve stage also examines how we fuel our public transport modes and extensive work has been conducted to date on this by the National Transport Authority trialing hydrogen, electric and hybrid buses in various locations across the country. This combined with the electrification of the heavy rail network should see substantial emissions reductions from these modes.

As the State ramps up investment in these modes of transport and, as mentioned earlier, these alternatives become, to some degree, as attractive as the private car, it will have been said to have provided all the ‘carrots’ required for people to either avoid, shift or improve.

Should the necessary reductions in emissions not be realised, then the argument would be clear for this ‘stick’ approach to be used. This would inevitably be in the form of either or both road user pricing and limitations on parking within our urban areas.

The task at hand to reduce our emissions in this field is substantial. It will require a complete reset of our behaviors around how and where we move, a change in urban forms with more space dedicated to lower carbon options and a substantial investment by both the State and its citizens.